In 2019 the Archdiocese of Malta, which includes more than 100 entities and employs more than 1,300 people, registered a surplus of €3.5million, as opposed to a deficit of €137,000 the previous year. This result includes a one-off donation of €2.4 million in shares given to Dar tal-Providenza and Caritas Malta.

This was announced by the Administrative Secretary of the Archdiocese, Michael Pace Ross, during a press conference at the Archbishop’s Curia. Mr Pace Ross said that last year’s surplus was not enough to make up for the severe financial challenges caused by the COVID-19 pandemic on the work carried out by the Church in Malta. Therefore, the Archdiocese had to resort to past savings.

The financial results for 2019 show that the Archdiocese recorded an increase in revenue of almost €6 million, mainly due to an increase in capital gains on investments and an increase in the dividend from APS Bank. Increases in income from inheritances and public funds have also been registered, in particular for the financing of the Seminary and Sacred Heart schools’ salaries, as well as funds for European Union funded projects.

The Archdiocese registered an increase in expenditure of €4.8 million. 60% of the expenditure covered wages of the clergy and laity, while 20% were operating expenses. There was also a 47% increase in spending for maintenance, restoration, and conservation, whilst the Archdiocese paid almost €1.4 million in taxes.

The Archbishop’s Curia registered a marginal loss of €31,000 after the surplus was distributed in subsidies to Church entities. This is a significant improvement compared to the deficit of €1.36 million of the previous year. The Curia’s revenue increased by €2.42 million, mainly from investments, while expenditure increased by €1.17 million. During 2019 the Curia carried out various restoration and conservation works within the Archbishop’s Curia, including the restoration of the façade. The cost of restoration works increased to €684,000, more than double that of the previous year.

Mr Pace Ross also referred to the negative effects which the pandemic had on the Archdiocese’s finances this year. He explained that the revenue decreased sharply across the board: from fundraising, donations, investments, and APS Bank’s dividend which will not be distributed on the recommendation of the European Central Bank. There was also a decrease in the income from the Seminary, Dar tal-Providenza, Beacon Media Group and other entities. A decrease in revenue was also registered from visits by tourists at major parish churches and the Mdina Cathedral Museum. At the same time, subsidies for Church entities and requests for assistance from individuals and families in need increased.

n behalf of Archbishop Charles Jude Scicluna, Mr Pace Ross thanked employees for their commitment and several volunteers who in recent months approached the Church, in order for the Archdiocese of Malta to carry out its pastoral mission despite the difficult financial situation. The Church is appealing for donations on church.mt/donate to continue to offer its services to the marginalised and those in need. 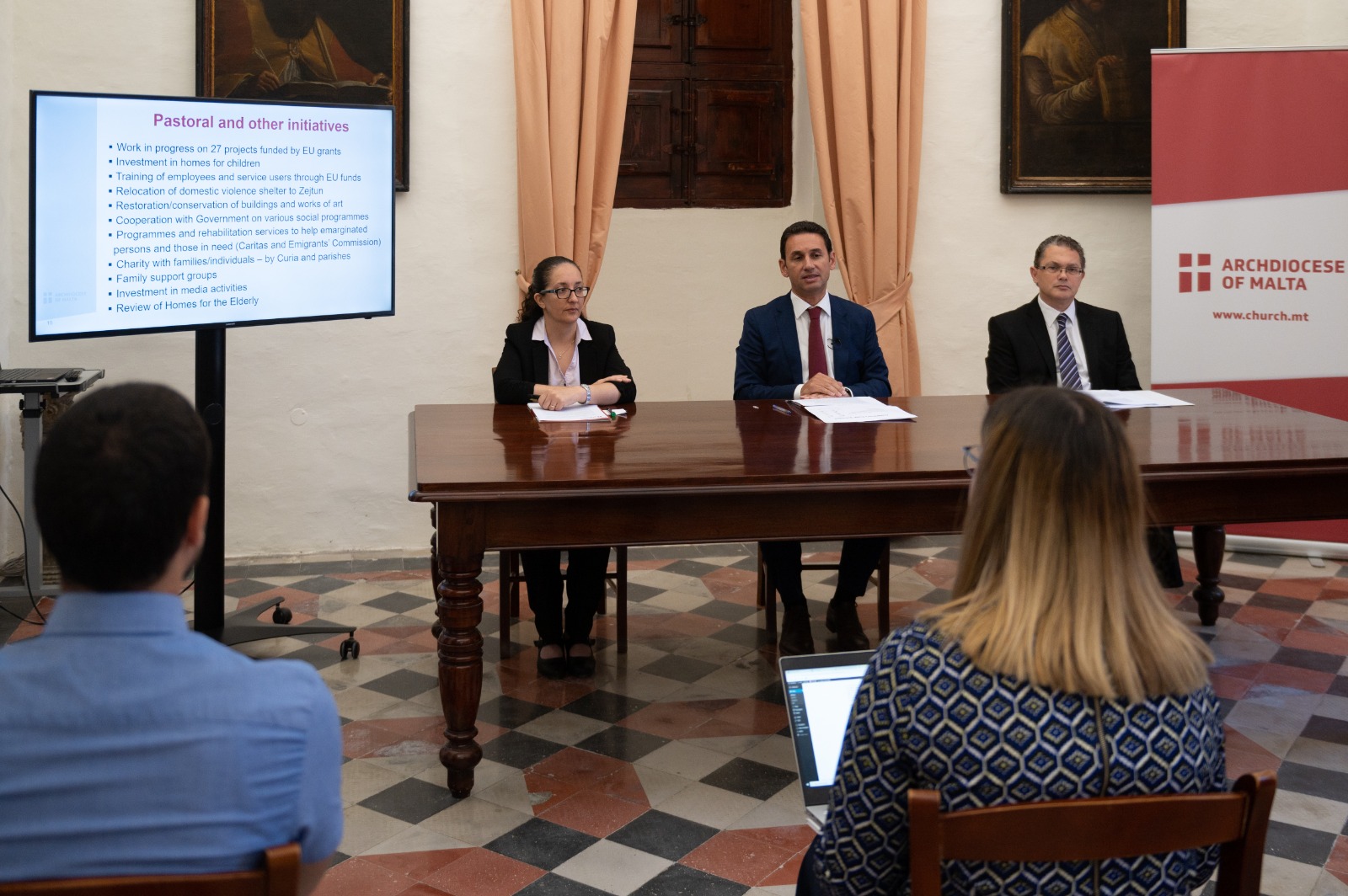