In today’s Gospel, Jesus narrates a parable with a specific purpose, to show us that we should always pray incessantly. Prayer is an attitude towards God, through which we learn to live in his presence and dialogue with him. Through prayer, we feel his gaze on us but we also allow him to speak to our hearts.

In the example Jesus mentions, he speaks about a judge who lost the fear of God. For him, God is ‘a big zero’, as Saint George Preca often said. ‘God? That’s for children. That’s what we used to believe in order to receive our First Holy Communion and perhaps our Confirmation’.

The first thing this ‘unjust’ judge loses is his relationship with God. Consequently, he also loses awareness that human dignity does not emanate from pieces of paper which we call constitutions, nor from the laws and not even by the will of those who rule, but from the image of God within us. The dignity of each one of us is not given by the State, but by our Creator.

A person who loses awareness of God will soon finish up by losing awareness of humanity and of humanity’s inherent dignity. Which is why Jesus says: “There was a judge in a city, he neither feared God nor respected anyone” (Lk 18:2). For him people became a number.

But “there was a widow” (Lk 18:3), and at the time of Jesus, a widow was among the very poor in society. When I hear Jesus talking about widows, I immediately imagine him thinking of his mother. A strong Church tradition tells us that when he left at the age of 30, his mother was a widow. Joseph had died, so he entrusted her to the wider family.

Jesus’ own mother was a widow, and when he mentions the widow, like when he met the widow of Najn, the widow who gives two coins in the temple, I imagine that in his heart he would immediately remember his own mother, who he left in Nazareth.

Jesus is encouraging us not to lose heart when seeking justice.

This widow, however, was as persuasive as someone who really has a great thirst for justice. “Do me justice, do me justice” (Lk 18:3). At first, the judge does not pay attention. Since he does not pay attention to God, he will not give any attention to mankind. But at a point he says: “This will continue to destroy me. I’d better see what I’m going to do” (see Lk 18:5). Sometimes this also happens in our relationship with one another. So it seems that the word of Jesus is encouraging us not to lose heart when seeking justice. We need to learn from the perseverance, courage and strength of this widow with whom justice was made because those in power did not want to continue to be pestered.

And here comes the question that often challenges our faith: But where is God? Where is God when we live moments of injustice and human wickedness takes over? Is God even listening to us?

Before we start complaining to God and blaming him, our question should be: Are we doing our part? Or are we hindering God from doing justice because of our silence, complicity and fear?

Jesus assures us that the Lord hears our prayer. Perhaps our timing is not the same as God’s timing, since we measure in time whereas God’s measure is different, also because he wants to use our freedom to do justice. So before we start complaining to God and blaming him, our question should be: Are we doing our part? Or are we hindering God from doing justice because of our silence, complicity and fear?

Pope Francis speaks about Saint Joseph and says: ‘Do you think that God decided to save his son just like that, by performing magic? No. He entrusted Jesus in the hands of St Joseph’. He was the one who, against all odds, did the impossible to save the child who everyone wanted to kill. He fled as a refugee to Egypt and then to Nazareth to protect the family, he worked hard to make a living for the Son of God, in a time of poverty. But God also wants our cooperation to respond to the prayers and the fervent cry of his people.

Today’s Gospel ends with an unanswered question: “But when the Son of man comes, will he find any faith?” (Luke 18:8). Why doesn’t Jesus, the Son of God made man, not reply to this question himself? It is because Jesus relies on you and me for an answer, and faith is our response to God’s love for us. Our response comes out of free will, it is not forced or something we have to do.

So today we ask him to be part of this response by showing faith, and to the question “when the Son of man comes, will he find any faith?” – when I come to meet you, will I find faith in you? –  what will we tell him? Lord, increase our faith!

I was listening to a short clip from an interview with a person who has now declared himself guilty of the assassination of Daphne Caruana Galizia. At a point he said that what he did was simply ‘business as usual’. Business as usual?! We are here today, all of us, from whichever political adherence – and allow me to speak clearly – to manifestly state that the murder of human beings will never ever be business as usual! 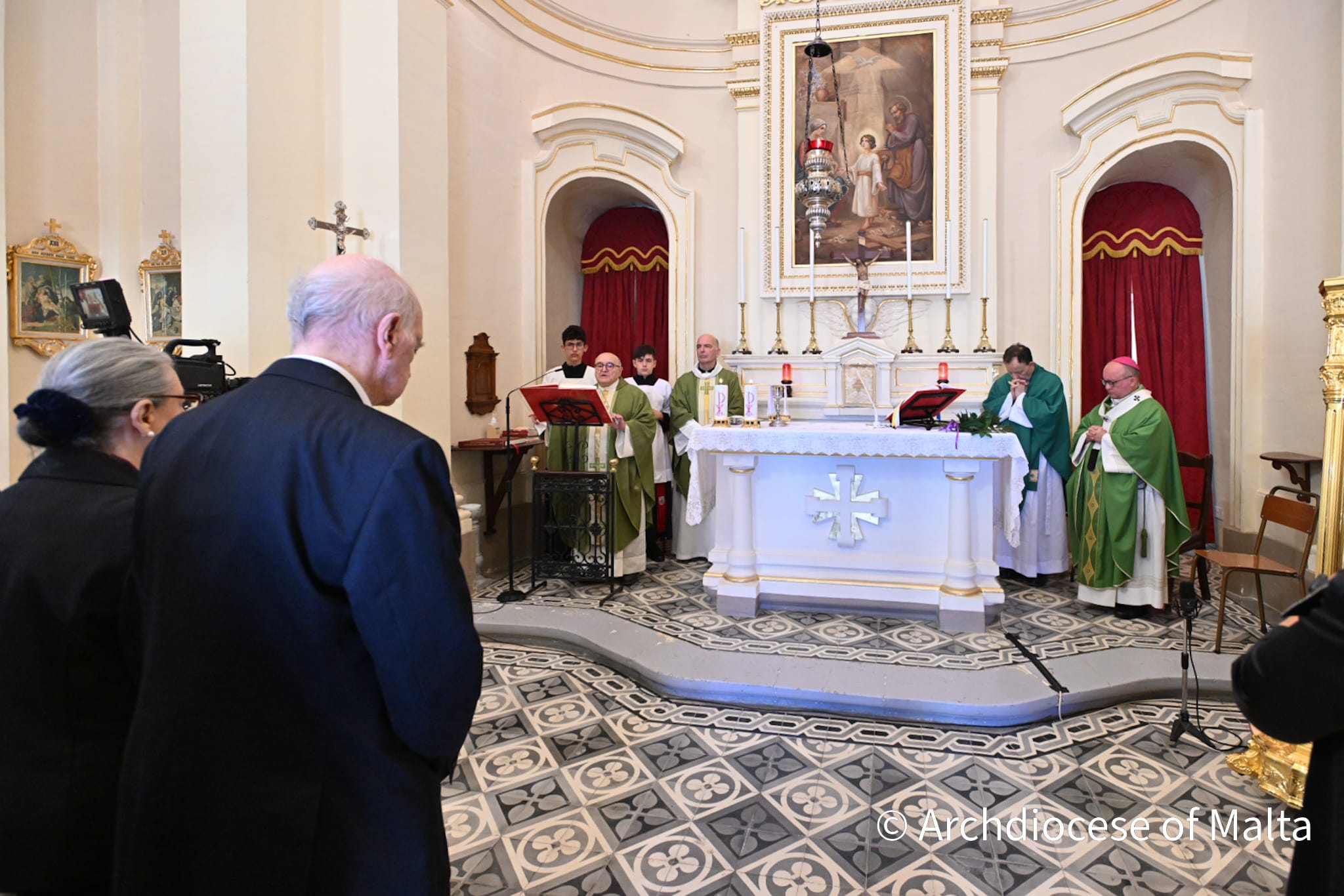