Mgr Victor Grech was awarded the Award for Active Aging yesterday in a ceremony celebrating the work, commitment and dedication of senior citizens in Malta, with a total of five awards being presented this year.

Mgr Grech founded Caritas Malta in 1984, with the aim of providing drug prevention and rehabilitation programmes. A year later he founded the first Therapeutic Community for those who abuse drugs in Malta and went on to open a home for the rehabilitation of prisoners suffering from drug problems.

He was also one of the founders of Caritas Europa, serving also in the Board of Caritas Internationalis and Caritas Europa when they were established. He also worked towards the opening of the first residential shelter for both men and women.

In 2014, Mgr Grech was given the ‘Gran Croce d’Oro’ from the President and the International Council of Public Assistance “Humanitas Soccorso Italia”, amongst other recognitions.

In a speech during Friday’s ceremony, minister for active ageing Michael Farrugia praised the dedication of persons who make a difference within the community.

The minister urged the elderly to participate in activities and initiatives that help them remain active and contribute to society.

During the ceremony, President of the Republic, George Vella, said that “respect, inclusion, and equal opportunities are the key ingredients that over time have further strengthened the importance of active ageing and the need as a country not to lose the wealth of talent and knowledge that these people can and want to pass on to society.” 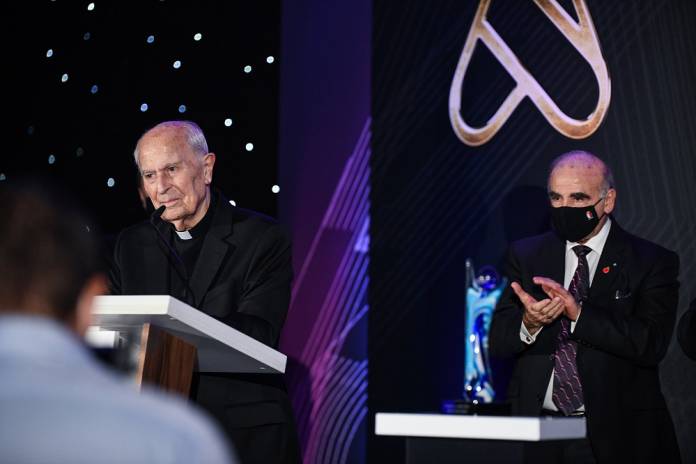