Archbishop Antonio Mennini, until now the Pope’s representative to the Russian Federation, is now the Holy See’s first apostolic nuncio to the country, the Vatican is reporting.

The archbishop presented his letters of credence to Foreign Affairs Minister Sergej Lavrov on July 15 in a ceremony that was followed by a “cordial” meeting, reported the Vatican press office.

Last December, Benedict XVI and Russian President Dmitry Medvedev agreed to upgrade relations between the two sides to full diplomatic ties, which raises the level of representation to apostolic nuncio and embassy.
The two sides have maintained representation below the rank of ambassador since 1990.

In an address to the new nuncio, Alexander Krusko, the vice-minister of Foreign Affairs, reviewed the development of bilateral relations between the Russian Federation and the Holy See. He noted that the relations between the two were “characterized by a growing understanding and spirit of collaboration,” reported L’Osservatore Romano.

Krusko also assured Archbishop Mennini, on behalf of the Russian president, of “a fruitful collaboration in the great moral and ethical challenges posed to man today.”

For his part, the archbishop transmitted the Pope’s greeting to the Russian president, assuring his “collaboration for a further reinforcement of relations with the government, as well as for the spiritual and moral growth of the Russian people.”

This ceremony brought to an end the exchange of embassies, which began on June 26 in Rome with the presentation of the letters of credence of the first Russian ambassador to the Holy See, Mikolaj Sadlichov. 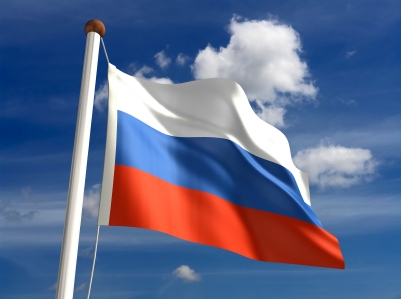