Archbishop Charles Scicluna was presented with a copy of Dar tal-Providenza’s Annual Report for 2019. Mrs Nadine Camillleri Cassano, the Administrator of the Home, said that although the report was issued and presented every year, this was the first time that it was printed in colour in Maltese and abridged English. The report highlights the work done in the various sections of the Home in its commitment to continue to offer residential services of the highest order to persons with disability that need to make use of the service.

In a short address, Archbishop Scicluna said that in these last years Dar tal-Providenza has gone full circle that was started 55 years ago when Dun Mikiel Azzopardi, the founder of the Home, went around looking for persons with disability that were hidden in cellars or backrooms not to be seen by anyone. He took them in the oasis in Siġġiewi that is Dar tal-Providenza where they were cared for and loved. On February 11th 1997, the process of closing the circle was started with the opening of “Zerniq”, the first community home also in Siġġiewi, followed by “Akkwarell” in Qawra, “Dar Pirotta” in Birkirkara, opened by the Archdiocese in 2007 and passed on to the Home in 2014, “Shalom” in Żurrieq and another home in Balluta that is just about ready for its opening. At the moment, the Home hosts approximately 115 persons between the ages of eight and over eighty years.

The Archbishop took the opportunity to thank the Sisters of Charity who have been living at the Home and giving their services since day one and are now ending their commitment. The presence of this religious community was a gift to residents, workers, and volunteers of the Home. They were always there for everyone 24 hours a day. Most of them gave their services for a long time. Mgr. Scicluna requested them that they now change their mission of service to a mission of prayer for Dar tal-Providenza in the communities they will be serving.

At the end of the presentation ceremony, Archbishop Scicluna invited representatives of the Home present to join him in prayer for the needs of Fr Martin Micallef, Director of the Home, who this week has started chemotherapy treatment at Sur Anthony Mamo Oncology Centre for a curable cancer that he was recently diagnosed with.

Archbishop Scicluna has graciously accepted the request made by the Administration of Dar tal-Providenza to celebrate a Mass of Thanksgiving of the 55th Anniversary of the Home that falls on Saturday, 12th September. It is planned that the Mass is broadcast live on TV and will be part of a fundraising event for the Home. 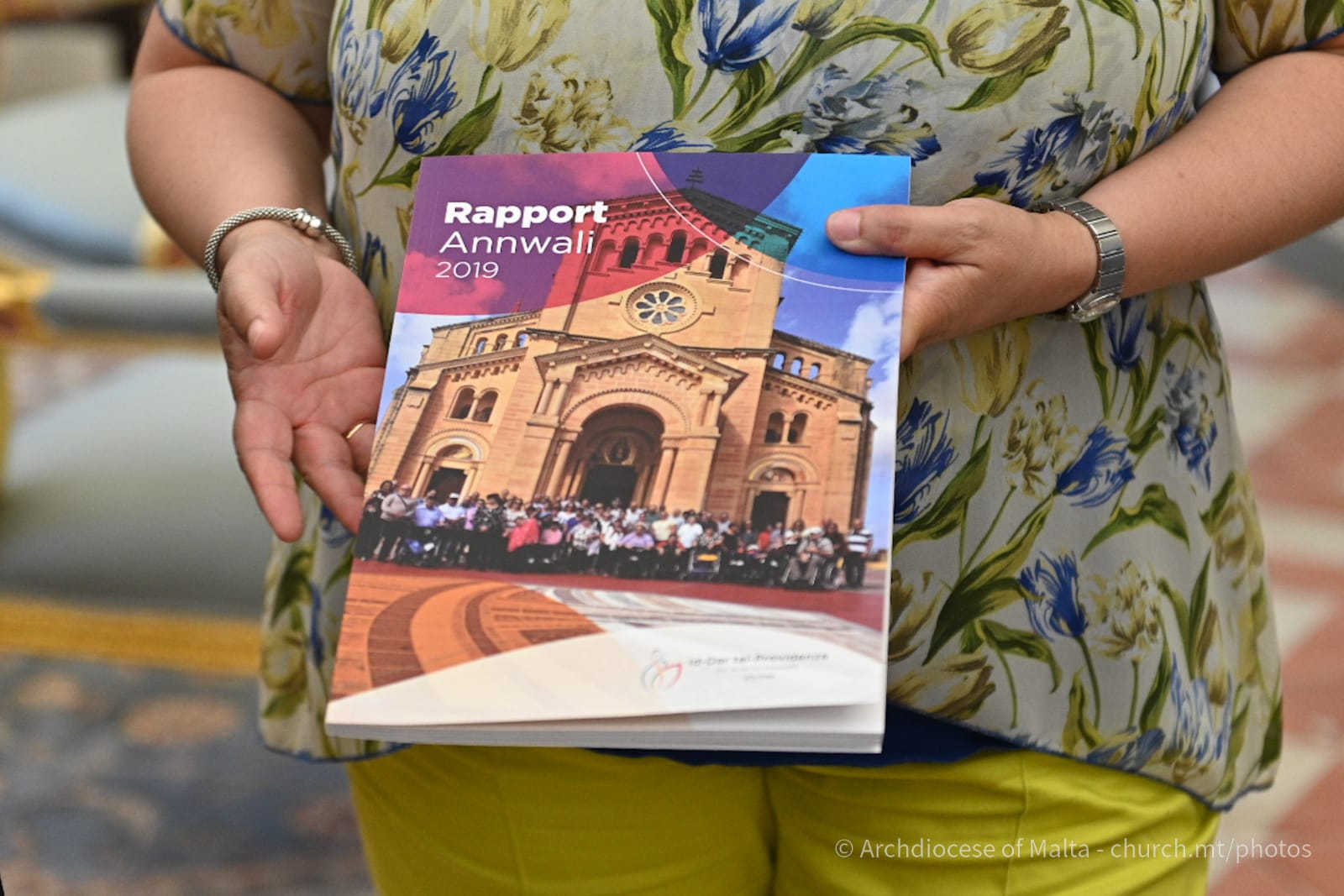