The recently restored façade of the Archbishop’s Curia in Floriana has been awarded a Din l-Art Ħelwa award for Architectural Heritage. Following the restoration and conservation of the façade of Casa Manresa, the project earned the prestigious Prix d’Honneur in its category. Michael Pace Ross, Administrative Secretary, Roberto Buontempo, Head of Property, and Perit Daphne Fenech from CREAID received the award on behalf of the Archdiocese of Malta.

The Din l-Art Ħelwa Architectural Heritage Awards are an initiative set up to encourage architectural excellence in a Maltese context, the rehabilitation and reuse of old buildings, and the recognition of the dedicated work of those active in the field of restoration.  The programme is carried out with the support of the Kamra tal-Periti.

The conservation of the main façade is the first phase of a project which will see all façades restored. Built between 1743 and 1751, Casa Manresa was designed by Jesuit Fra Francesco Rosignoli as a retreat house. The baroque building stood on a high ridge with an unobstructed view of Marsamxett Harbour. The main entrance is flanked by columns and elevated from the ground floor, made accessible through a majestic staircase. Sculptured garlands decorate the masonry frames and a statue featuring the Madonna and Child crowns the architectural configuration.

Planning for this restoration project started in 2017, when studies were commissioned to survey the existing condition of the masonry fabric of the exterior facades of the palace. Having been built in various distinct phases, different areas of the building exhibited different pathologies and deterioration mechanisms. The orientation of the building, its proximity to the sea, and the changes in the urban environment surrounding it have all played a part in the aging process and have created unique manifestations of deterioration which required scientific studies and testing.

Interventions included the application of biocide, chemical cleaning using paper poulticing, mechanical cleaning using microblasting and surgical knives, repairs through the injection of specially designed mortar mixes, plastic repair, stone changing, consolidation treatments, and the repointing of mortar joints where necessary. Furthermore, the inclusion of protection components, such as protecting cornices and ledges with traditional deffun mortar, and the design and implementation of an easy maintenance plan would ensure the longevity of the results obtained through the initial capital investment.

The restoration of the façade was financed by the Archdiocese of Malta, following the approval of the Diocesan Finance Committee presided by Archbishop Charles Jude Scicluna. The façade will be illuminated later this year. 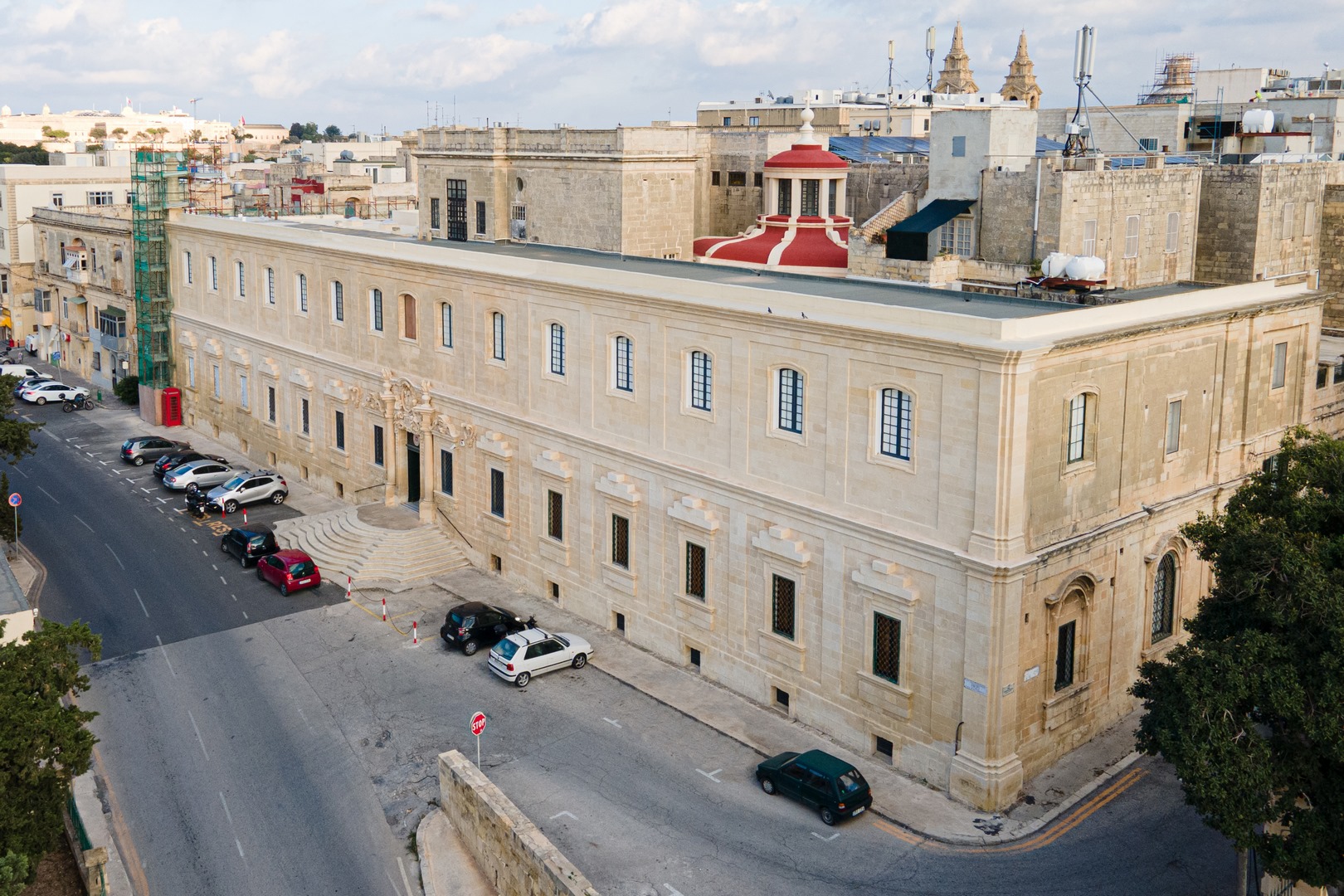