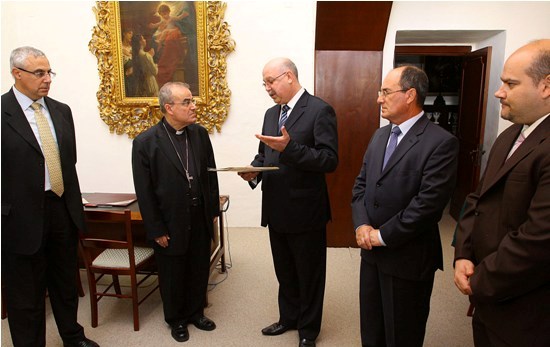 On Friday 29th October 2010, a delegation from the Union Haddiema Maqghudin (UHM), led by the Union’s President, Mr Gejtu Vella and the Secretary General, Mr Gejtu Tanti, presented Archbishop Paul Cremona O.P. with a copy of the document entitled ‘Vizjoni Socjali 2015.’ During the presentation, Archbishop Cremona referrred to those values by which the Church is guided and the ensuing benefits for society if our vision is based upon such values. The Archbishop thanked the UHM officials for taking such an initiative and for their efforts on behalf of workers.