The Catholic Cultural Heritage Commission (KPKK) and the Interdiocesan Environment Commission (KA) are seriously concerned about a new road in Ħad‑Dingli which is planned to link Daħla tas‑Sienja with Sqaq il‑MUSEUM.

It is indeed ironic that Infrastructure Malta undertook the work on this street just after the public consultation stage of the draft Rural Policy and Design Guidance 2020, which is supposed to support farmers in their agricultural activities. The project goes against the aims of this policy since it threatens farmers’ livelihood. Infrastructure Malta’s arguments that this road is needed in the event of a future emergency is as dangerous as it is flawed. If Infrastructure Malta’s arguments were to hold, then many village cores in Malta and Gozo might as well be demolished so that their narrow streets and alleys, which give such historic centres their character, would be widened.

The KPKK and the KA deplore the permission granted to Infrastructure Malta by the Environmental and Resources Authority (ERA) to remove carob trees estimated to be hundreds of years old[1] for the formation of a new road, which will wreak havoc on the natural, cultural and architectural heritage and its context and threaten the livelihood of the farming community.

The works risk damaging a medieval building which experts have identified as the Chapel of Saint Domenica of Ħal Tartarni. This chapel is one of the few remaining medieval examples of architecture in Malta. The Rollo of 1436 shows that since 1402 this site had already been recognized as a parish since it is described as cappella sancte Dominica tartarni. It was known as such at least until 1522. The proposed road is a threat to the remaining structure of this chapel and its context. It is important that a detailed archaeological assessment be carried out to uncover other remains of related structures that may exist in the immediate vicinity of the chapel. These may include a cemetery which was commonly found adjacent to such medieval chapels. A study carried out in 2005 revealed the presence of significant finds in the area of Ħal Tartarni, of which the chapel of Saint Domenica was the parish church. It is important to bear in mind that the remains of the chapel of Saint Domenica of Ħal Tartarni have nothing to do with the baroque chapel of Saint Domenica (in Triq il‑Għajn), which was built in 1669.

Infrastructure Malta needs to be re‑integrated fully into the planning process. A review should be urgently carried out to curb the exemptions granted to Infrastructure Malta that allow it not to have to apply for full development permissions for certain projects, thus excluding such projects from the scrutiny of the public through public consultation and proper scrutiny by other competent authorities. Infrastructure Malta has become one of the Government’s agencies that pose a threat to farmers’ livelihoods and the natural and cultural heritage. Hence, the regulation of its activities needs to be increased and not reduced; let alone eliminated.

The fact that  the proposed road has been planned many years ago, does not exclude one from considering whether in 2020 this road is still required. We appeal to the authorities for a review of the local plans which has been promised for years but has not yet materialized. It is pertinent to ask whether the Planning Authority, through its various restructuring exercises carried out in the last years, is now properly equipped to carry out full and proper reviews of local plans based on proper and careful studies of the requirements of each locality and an inventory of natural and built heritage assets that require protection.

The KPKK and the KA would like to commend ordinary citizens, farmers, environmental non‑governmental organisations and professional people who, because of their experience, expertise, and sincere appreciation of the natural and cultural heritage of this country are at the forefront in safeguarding the country’s heritage. One hopes this appreciation, coupled with the necessary timely action will be shared by all the authorities, ministers and members of parliament of our islands.

The KA and KPKK therefore request the shelving of the plan to build this road, the safeguarding of the natural environment and farmers’ livelihood and the carrying out of the necessary studies to preserve the chapel and its context. Both the natural and historical heritage are key elements of the quality of life of current and future communities who can relate to their past which enriches their sense of community, today and in the future. 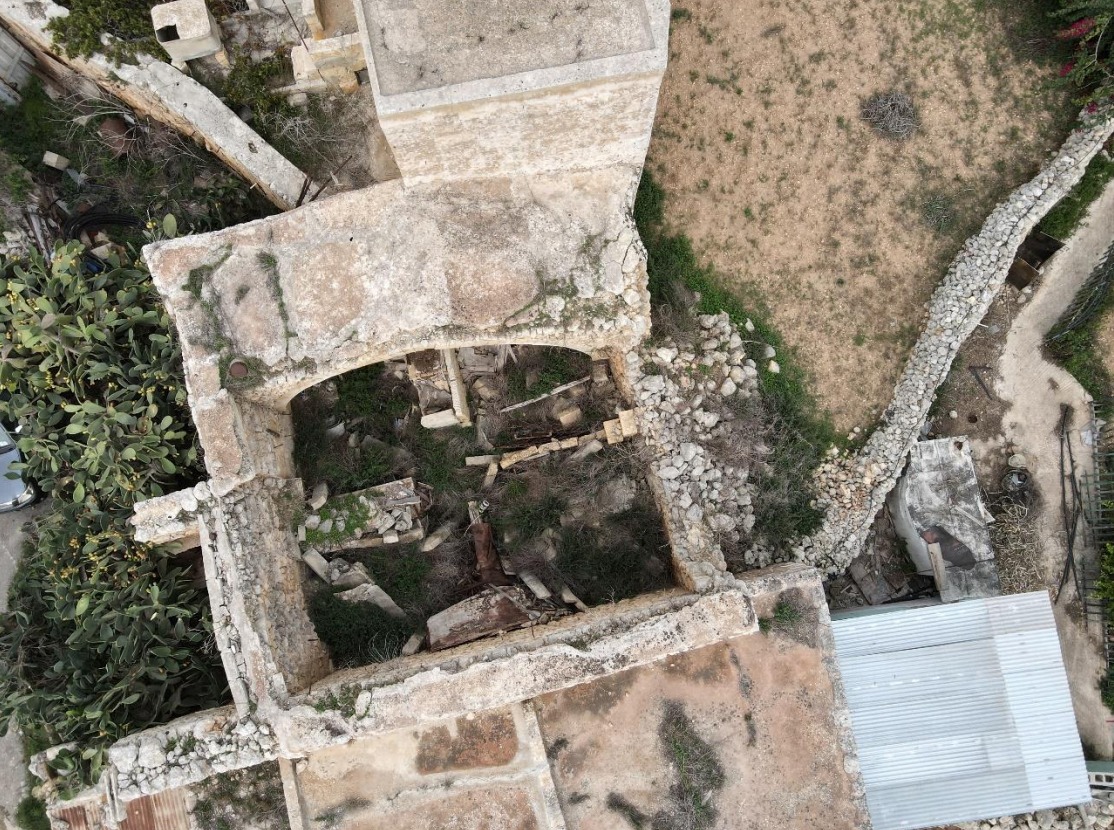