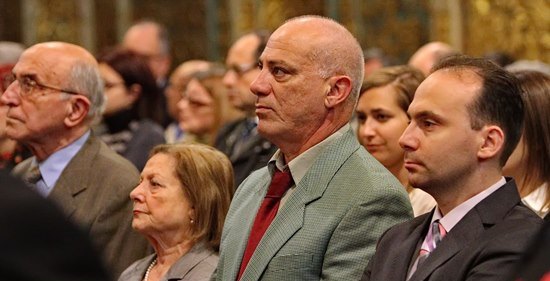 Archbishop Paul Cremona O.P. presided over the Diocesan Assembly of the Church in Malta on Friday 23 and Saturday 24 September. This was held at the CAK Centre in Birkirkara.

This annual meeting brings together all the entities of the Church in Malta – the members of the Presbyteral Council and the Diocesan Pastoral Council, the Archbishop’s delegates of Secretariats and Diocesan Commissions, the provincials of religious orders, parish priests, heads of Church schools, leaders of groups and movements of the Church, and various other persons who offer their pastoral services.

During this Assembly, the Pastoral Plan 2009-2011 was evaluated, followed by discussions on the new Pastoral Plan for 2012-2014.  The theme for the new plan for the forthcoming years is “Treasures in jars of clay”, based upon the words of St Paul in his Second Letter to the Corinthians, 4,7: “But we have this treasure in jars of clay to show that this all-surpassing power is from God and not from us”.

During the first session of the Assembly on Friday the topic discussed was: “A changing society … a Church which must acknowledge the signs of the times”.  The moderator for this session was Nathalie Heywood.  After the introduction by the Archbishop, there were two presentations by Mario Vassallo and Marvin Formosa, both lecturers at the University of Malta.

During the second session on Saturday, the Assembly focused upon “Child catechesis for life”, as a preparation for the overarching reflection which the Church in Malta will undertake during 2012 as part of its Pastoral Plan.  As a result of this reflection, the Church will be in a position to take certain decisions with respect to catechesis for children.  The moderator was Roseanne Cuschieri.  Following a presentation by the Archbishop, the main speaker was Fr Renè Camilleri, the Archbishop’s delegate for Catechesis.

Archbishop Cremona described the Diocesan Assembly 2011 as an experience of renewal for the Church in Malta. He said “it shall serve as a means to help the Church embrace with courage and serenity, the challenges which it is facing.  It will also help to draw up a Pastoral Plan with a new vision for the forthcoming three years.”

The Diocesan Assembly is an annual appointment for the Church in Malta. It was introduced following the Diocesan Synod (1999-2003) with the scope of consolidating the experience of the Synod and to serve as a means of evaulation and planning.  A progress report of every project of the past pastoral year was sent to all the members of the Assembly in order that it would serve as means of reflection.

Click here to listen to the Archbishop’s message (in Maltese) during the second session of the Diocesan Assembly.

Click here to listen to Fr Renè Camilleri’s presentation (in Maltese) on catechesis, during the second session of the Diocesan Assembly.

Click on photos to enlarge. The photos of the Archbishop’s events may be obtained from PHOTOCITY, Valletta. Tel: 21236723. Email: [email protected] 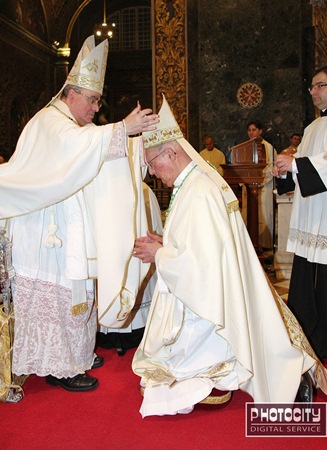