“May the Lord God grant us to the capacity to feel in these days that Christ is with us in the Eucharist. He does not leave the Church, people and humanity alone”.

Cardinal Péter Erdő, Primate of Hungary, pronounced these heartfelt words at the beginning of the Mass in Budapest that opened the 52nd International Eucharistic Congress, which had to be postponed from last year due to the pandemic.

The Cardinal also extended his greetings to the representatives of Eastern Christians with whom he works and prayed “to build Christian unity” so that “our witness may be credible.”

A voice that reaches the heart of Europe

Cardinal Angelo Bagnasco, president of the Council of European Bishops’ Conferences prepared the homily for the Mass celebrated in Heroes’ Square in Budapest. It was read in Hungarian by Cardinal Peter Erdo who recalled the bells ringing festively, “forming a choir that seeks to embrace the whole of humanity”.

“From this ideal pulpit,” he noted, “the voice of the Shepherds, the voice of this assembly that is going forth, seeks to knock – humbly and joyfully – on the hearts of the peoples of Europe, and to go beyond, to the remotest points of the earth,”he said.

It is a voice that is “weak, but echoes through the centuries and is marked by the blood of martyrs”, from which it draws strength to proclaim Jesus and to recall that “despite the limitations and shadows of her children, the light of Christ shines in the Church”.

No one is alone

That voice, he continued, is “like a sail unfurled by the breath of the Spirit,” and speaks a great truth to the men and women of today:

“You are not alone in a hostile universe, you are not alone before the marvelous mystery of life, you are not alone with your thirst for freedom and eternity. Wherever you are, you are not invisible, God looks at you with love; you are not an orphan, God is your Father; you are worth the blood of Jesus, Redeemer of the world, and Bread of eternal life. Do not be afraid: God is not dead, the Eucharist overcomes every loneliness, every distance, every indifference.”

In this way, that same voice calls the Church not to remain silent, but to “put the splendor of the risen Christ on the face of everyone.”

Noting the presence of the children celebrating their First Holy Communion and Confirmation, Cardinal Bagnasco recalled the simplicity of their hearts that welcome Jesus, a friend who does not betray.

Addressing the young students in Catholic schools, he said that faith and reason coexist and that “God is not a competitor of your freedom, and faith is not a series of prohibitions, but rather a great ‘yes’ to joy, even when it is demanding because love is a serious thing.”

“Remember the Church needs you, your youth, your enthusiasms, and you need Jesus,” he urged them. “Everything grows old quickly, only God is always young, and the Church is the true youth of the world because she preserves the sacrament of the Body of Christ. May the Eucharist be the center of your days. Of every day!”

Cardinal Bagnasco also addressed priests, “sentinels of the morning, living presence of the Mother and Teacher Church”. He said that the Church’s gratitude goes to them because they are “heralds of God’s love, prophets of the Spirit in a marketplace of material values, heirs of a living Tradition and heralds of the future in a lost world.” “The Church,” he added, “does not assure you of tranquility, but repeats to you with Christ, ‘Do not be afraid.’

Finally, he extended an invitation to those who feel the weight of the Cross, who weep or are persecuted for justice’s sake, who feel voiceless and without a homeland, to take courage again because the Lord is present in the hearts of those who approach him.

“The Church has no other name to announce and adore: Jesus Christ. Remember, his face is the Gospel, his presence is the Eucharist.” 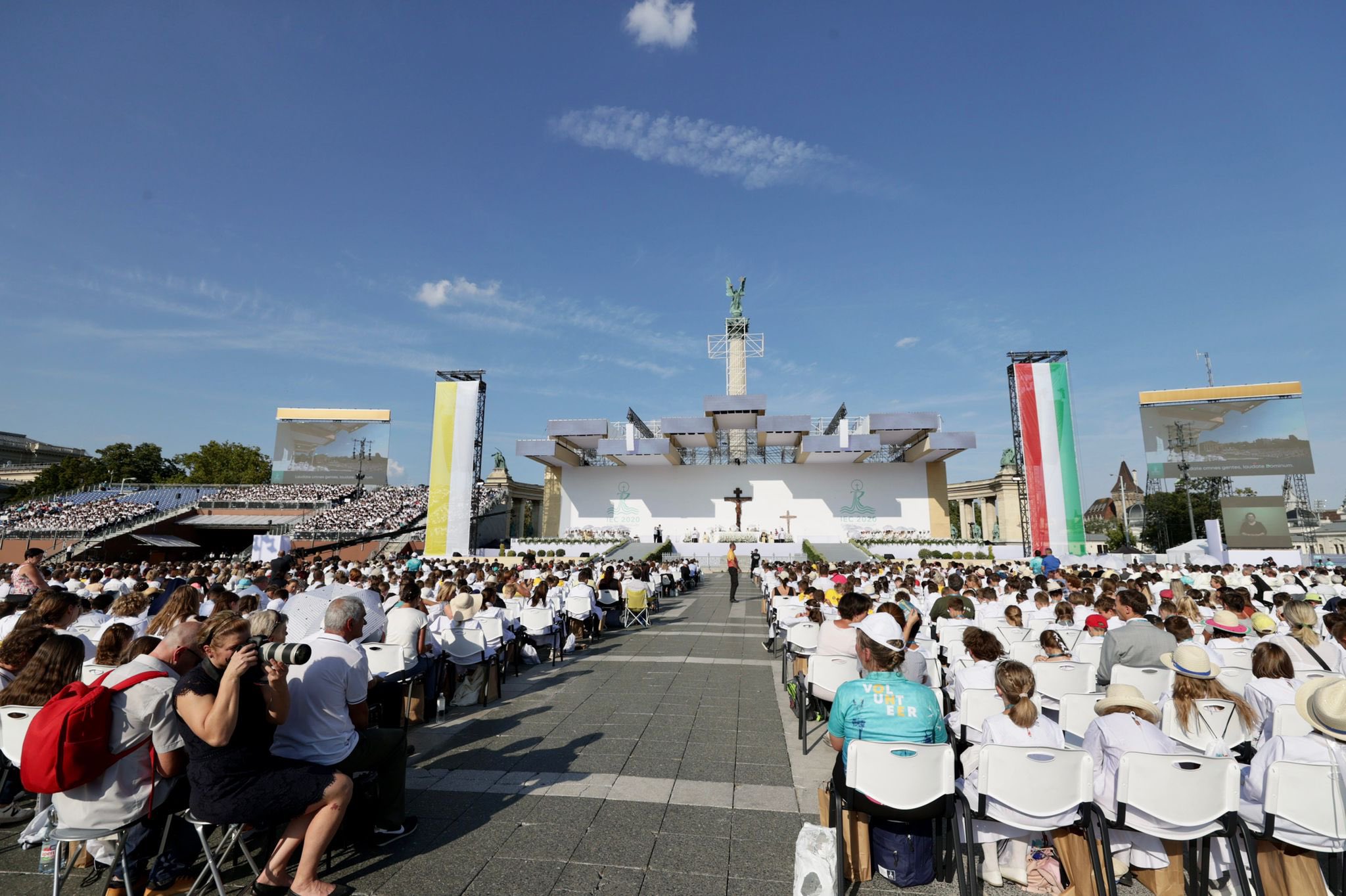