Pope Benedict XVI in the UK

The Pope’s visit to Britain will not be affected by a leaked memo which appeared to mock the Catholic Church, the Vatican has said.

The Foreign Office has apologised over the paper resulting from a “brainstorm” which said the Pope could bless a gay marriage or open an abortion clinic.

UK newspaper reports have quoted Vatican sources as saying the September visit could now be in doubt.

But Vatican spokesman Federico Lombardi said: “For us the case is closed.”

Noting the Foreign Office’s apology, Fr Lombardi told the ANSA news agency the incident would have “absolutely” no impact on the Pope’s 16 to 19 September visit.

The Foreign Office has stressed the internal memo by a junior civil servant containing “naive and disrespectful” ideas for marking the visit did not reflect its views.

Details of the document, which also suggested the visit could be marked by special “Benedict” condoms, emerged after it was obtained by the Sunday Telegraph.

It prompted the UK’s ambassador to the Vatican, Francis Campbell, to meet senior officials of the Holy See to express regret on behalf of the government.

The junior civil servant responsible for setting up the brainstorming and circulating its results said in a cover note: “Please protect; these should not be shared externally. The ‘ideal visit’ paper in particular was the product of a brainstorm which took into account even the most far-fetched of ideas.”

The civil servant had since been put on other duties, the Foreign Office said. 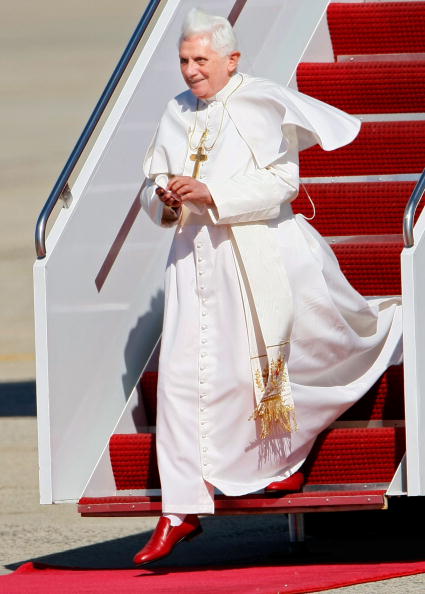