On Sunday, 18th April, 2010, Pope Benedict XVI celebrated Mass at the Floriana Granaries. Despite the threatening clouds,early in the day, thousands flocked to follow the ceremony. Pope Benedict reiterated his delight in being amongst the Maltese who in their majority have held on to the faith passed on by Saint Paul 1950 years ago. The Pope praised the Maltese welcoming spirit, which has remained constant throughout the years. Pope Benedict stressed the importance of placing “our trust in the Lord and follow his teaching, we will reap immense rewards”.

For the homily of Pope Benedict XVI at the Floriana Granaries, visit www.popemalta.org 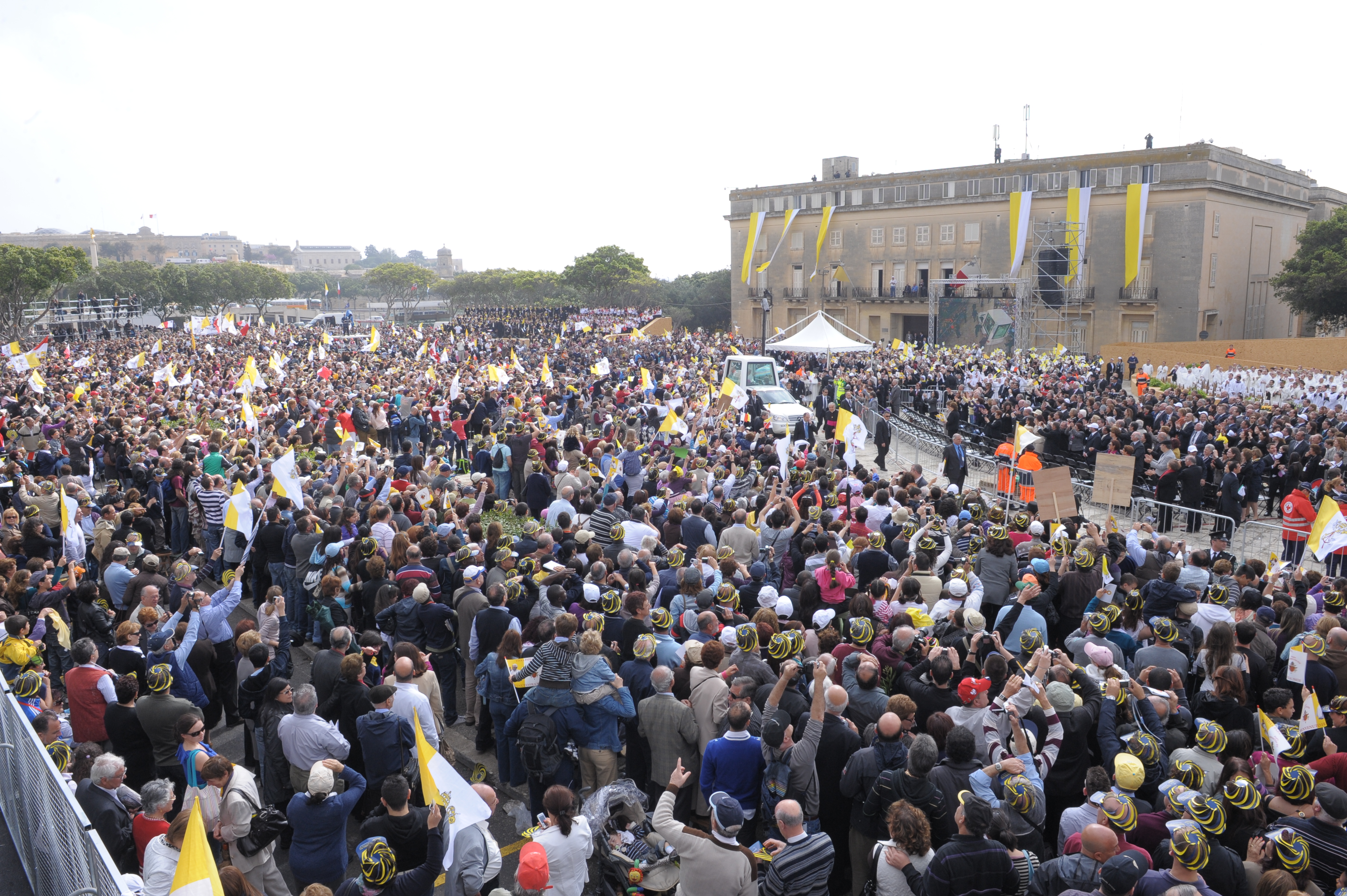