Friday of Easter week
Readings of the day

In those days, Jesus revealed himself again to his disciples at the Sea of Tiberias. He revealed himself in this way. Together were Simon Peter, Thomas called Didymus, Nathanael from Cana in Galilee, Zebedee’s sons, and two others of his disciples. Simon Peter said to them, “I am going fishing.” They said to him, “We also will come with you.” So they went out and got into the boat, but that night they caught nothing.

When it was already dawn, Jesus was standing on the shore; but the disciples did not realise that it was Jesus. Jesus said to them, “Children, have you caught anything to eat?” They answered him, “No.” So he said to them, “Cast the net over the right side of the boat and you will find something.” So they cast it, and were not able to pull it in because of the number of fish. So the disciple whom Jesus loved said to Peter, “It is the Lord.” When Simon Peter heard that it was the Lord, he tucked in his garment, for he was lightly clad, and jumped into the sea. The other disciples came in the boat, for they were not far from shore, only about a hundred yards, dragging the net with the fish.

When they climbed out on shore, they saw a charcoal fire with fish on it and bread. Jesus said to them, “Bring some of the fish you just caught.” So Simon Peter went over and dragged the net ashore full of one hundred fifty-three large fish. Even though there were so many, the net was not torn. Jesus said to them, “Come, have breakfast.” And none of the disciples dared to ask him, “Who are you?” because they realised it was the Lord. Jesus came over and took the bread and gave it to them, and in like manner the fish. This was now the third time Jesus was revealed to his disciples after being raised from the dead. 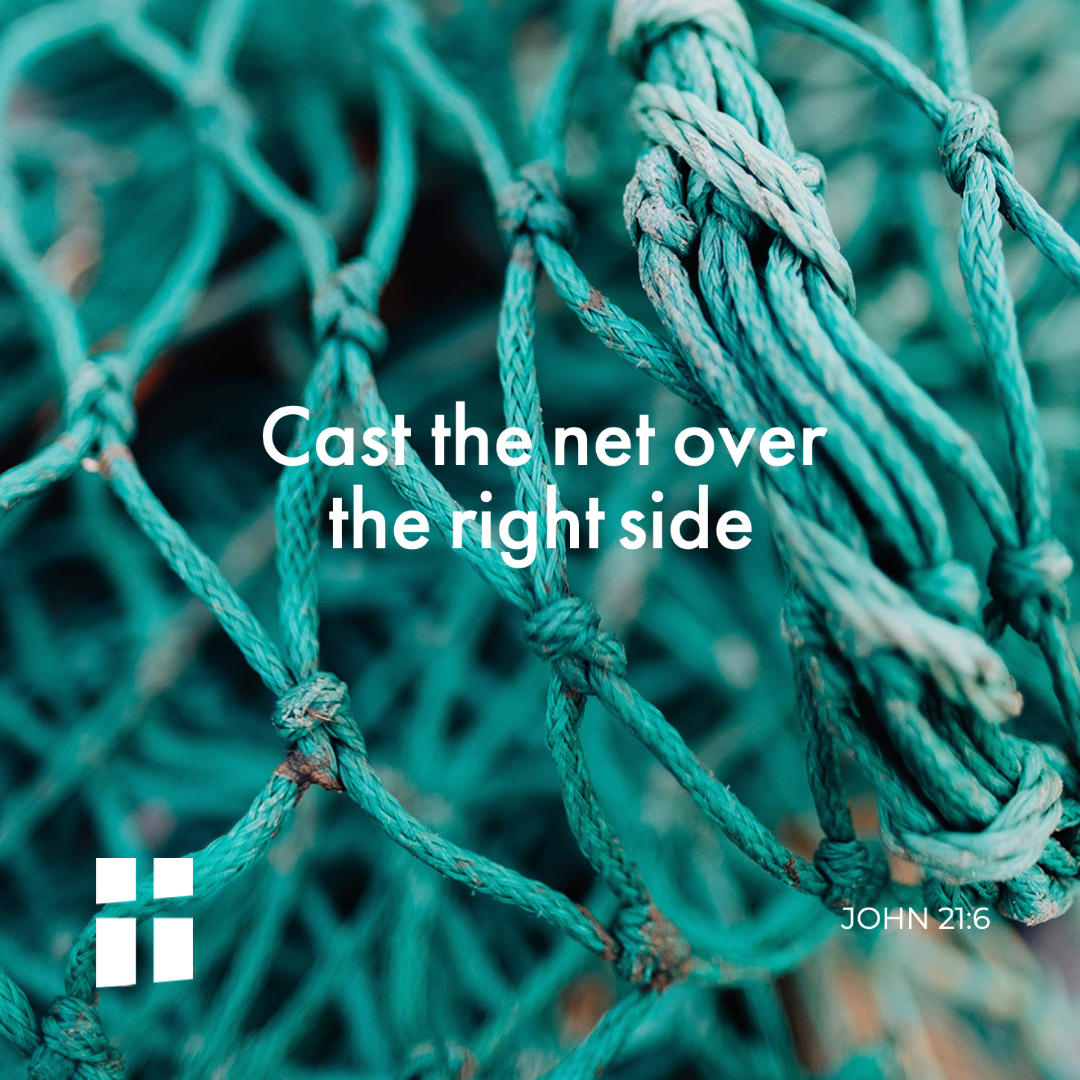