Many of the Jews who had come to Mary and seen what Jesus had done began to believe in him. But some of them went to the Pharisees and told them what Jesus had done. So the chief priests and the Pharisees convened the Sanhedrin and said, “What are we going to do? This man is performing many signs. If we leave him alone, all will believe in him, and the Romans will come and take away both our land and our nation.”

But one of them, Caiaphas, who was high priest that year, said to them, “You know nothing, nor do you consider that it is better for you that one man should die instead of the people, so that the whole nation may not perish.” He did not say this on his own, but since he was high priest for that year, he prophesied that Jesus was going to die for the nation, and not only for the nation, but also to gather into one the dispersed children of God.

So from that day on they planned to kill him. So Jesus no longer walked about in public among the Jews, but he left for the region near the desert, to a town called Ephraim, and there he remained with his disciples.

Now the Passover of the Jews was near, and many went up from the country to Jerusalem before Passover to purify themselves. They looked for Jesus and said to one another as they were in the temple area, “What do you think? That he will not come to the feast?” 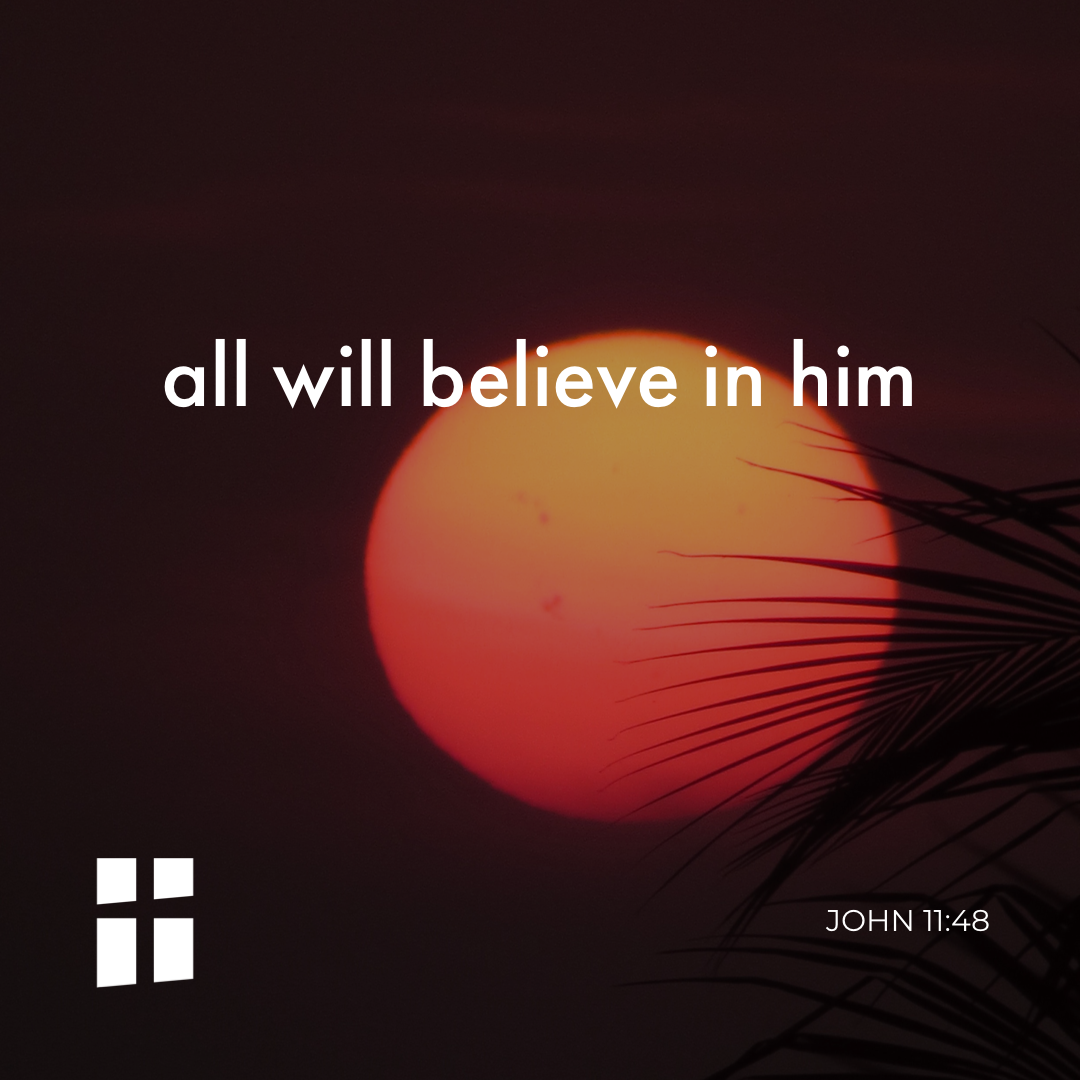