It was day to remember for 9 deacons who were ordained on this World Day of Prayer for Religious Vocations by Pope Benedict XVI in St Peter’s Basilica. Eight of the deacons were from the diocese of Rome, one a former pilot, another a chemistry graduate. Also ordained on Sunday was a deacon from Vietnam who had previously been a lawyer.
Speaking to the congregation on Sunday which included the family and friends of the new priests, the Holy Father said, the Priest like the Shepherd is called to lead the faithful entrusted to him to true life, “a life in abundance”.
The new priests listened as the Pope told them that the value of their priestly life was not just about social works, it was also about living a life in the vital presence of God.
That presence, continued Pope Benedict was made all the more intense when the weight of the priest’s cross in life is heavier.
Referring to Sunday’s readings, Pope Benedict also noted, during his Homily, that Jesus had ” lived an experience of being rejected by the leaders of his people, yet helped by God he founded a new church.
The priest, said the Pope, is called to live the experience Jesus lived, to give himself fully to his work as preacher and healer.
Following Mass the Holy Father recited the Regina Caeli during which he prayed that more people would hear Christ’s call.
“Today’s Gospel highlights the figure of Christ the Good Shepherd who lays down his life for his flock. Today we also pray for vocations to the priesthood: may more young men hear Christ’s call to follow him more closely, and offer their lives to serve their brothers and sisters. God’s peace be with you all!”
The Pope also added that the young priests he ordained on Sunday were not different from other young people, but they had been touched by a deep love of God. 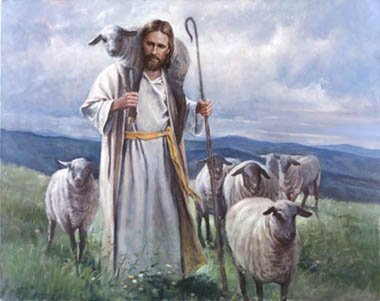