In these last years in particular, many have been asking for information on the alleged phenomena at Medjugorje, and what is the Church’s position upon them. These phenomena, about which much has been said and written in the last forty years, commenced in 1981 in the village of Medjugorje in the diocese of Mostar in Bosnia-Herzegovina. When the alleged phenomena were first reported, Yugoslavia was still in existence. It was only later that this country would give birth to a number of independent nations.

The alleged phenomena began when it is claimed that our Lady appeared to six young persons and passed on to them several messages, something which is still taking place. The mentioned young persons, today mature adults, all in their fifties, are Ivan Dragićević, Ivanka Ivanković, Jakov Čolo, Marija Pavlović, Mirjana Dragićević u Vicka Ivanković. It is believed that on 24th June 1981, two of them, Ivanka and Mirjana, said that they saw a radiant image if our Lady above Mount Podbrdo. Later on, the others joined them.

In the last forty years, thousands of pilgrimages to Medjugorje have taken place from all parts of the world, especially by Christians from other European countries. The debate on the phenomena has been a consistent one, and over the years, many other events have taken place concerning the local bishops or those from other dioceses, the Order of the Franciscan Minors (O.F.M.), as well as cardinals who voiced their opinion on the phenomenon, or were entrusted by successive Popes to investigate the alleged happenings and to present their conclusions.

From the 1880s and during the 20th century, it is common knowledge that there was a persistent degree of friction between the mentioned Franciscan Order which was quite widespread in Bosnia and the new dioceses which were established in that period. For many long years, there was a bitter struggle regarding the number of parishes which the Franciscans could administer, and how many parishes could be entrusted to the diocesan clergy. These difficulties, still present in contemporary times, particularly between Bishop Pavao Žanić (1918-2000) of Mostar and the friars were – it was claimed – often mentioned during the alleged messages by our Lady.

Moreover, it is worth evaluating the reaction of the then Communist Government, still in power in Yugoslavia in the 1980s. Initially, the Government interpreted the phenomenon as a threat from Christian groups, but later, from the mid-1980s, the Government saw it as a strong economic boost to the region. Indeed, ironically, the Communist Government endorsed the alleged phenomena by supporting the publication of books on our Lady of Medjugorje, and by ordering the Yugoslav national airline to introduce direct flights from Italy to the vicinity of Medjugorje.

In the faithful exercise of his duties, Bishop Pavao Žanić established a diocesan commission to investigate the alleged phenomena. This commission functioned between 1982 and 1984. Later, he decided to strengthen the commission by naming more experts to be part of it. In May 1986, the commission concluded that it could not establish that the alleged visions were of a supernatural nature. The difficulties between Bishop Žanić and the Franciscans continued, especially after it was alleged that the friars sought to manipulate the seers and the messages attributed to our Lady with regard to the role of the Franciscans.

In January 1997, the Congregation for the Doctrine of the Faith suggested that the investigation commenced by Bishop Žanić continue under the aegis of the Yugoslav Bishops’ Conference. The latter reached the same conclusions as the diocesan commission whose task had been completed in 1986. In fact, in April 1991, even the bishops of the newly-independent nations which up to 1990 constituted Yugoslavia, affirmed that they did not find anything supernatural in the phenomena.

In 2006, during a visit to Rome, Bishop Perić encountered Pope Benedict XVI in order to brief him directly about the case. According to Perić, Pope Benedict XVI stated: “… that we, in the Congregation for the Doctrine of the Faith [which he led until 2005 when he was elected Pope], consistently asked ourselves how a Christian could believe a phenomenon where visions had been taking place on a daily basis and for many years.” Moreover, one is bound to refer to the case concerning Tomislav Vlašić, one of the early spiritual directors of the alleged seers. He was eventually reduced to the lay state following immoral sexual behaviour, and later excommunicated after he established a sect in Italy.

Between 2010 and 2014, the Holy See entrusted Cardinal Camillo Ruini (1931-  ) to chair a commission made up of cardinals, theologians, psychologists and canon lawyers to investigate, yet again, the Medjugorje phenomena. This new commission distinguished between the visions which allegedly took place between 24th June and 3rd July 1981, and subsequent happenings associated with the sour relations between the Franciscans and the diocesan bishop, when the alleged visions started to be pre-announced and were nearly programmed, even when the seers often stated that the phenomena would soon come to a close. The Ruini Commission internally harboured a variety of opinions, while the Congregation for the Doctrine of the Faith expressed its reservations. In April 2017, Cardinal Müller (1947-  ), the Prefect of the Congregation insisted that one should not separate the pastoral aspect associated with Medjugorje from the authenticity or inauthenticity of the phenomena.

In February 2017, Pope Francis appointed Polish bishop Henryk Hoser (1942-2021) as his special envoy to study the pastoral dimension related to pilgrims in Medjugorje. Hoser delivered his report to the Holy Father in the summer of 2017.

On 13th May 2017, Pope Francis, while refraining from approving the alleged visions, stated that the earliest phase of the phenomenon merits deeper study, whilst what allegedly took place later on, till this day, raises doubts. The Pope insisted that it is true that many people flock to Medjugorje and undergo deep spiritual experiences and conversion, and that these spiritual facts are positive in themselves and to be praised.

In May 2018, Pope Francis, once again, sent Bishop Hoser to Medjugorje in order to continue evaluating the pastoral needs of the pilgrims visiting the place, while not binding him with a definite timeframe to conclude his report.

On account of the pastoral and spiritual value of what pilgrims undergo when visiting Medjugorje, Pope Francis, on 12th May 2019, decided to lift the prohibition related to organised pilgrimages. This became official when a large youth gathering was held in Medjugorje from 1st to 6th August 2019 when many pilgrims, including many priests, were present. The Holy See discreetly emphasised that the granted permission was not, in any way, an approval of the phenomena which still require further investigation.

It has to be stated that in such cases regarding alleged visions and supernatural phenomena, wherever they are reported, the Church refrains from pronouncing herself on their veracity or falsity until the phenomena in question come to an end. On account of the fact that some of the alleged seers still receive would be messages on certain days of the year, it has to be said that the phenomena have not yet come to an end.

It has to be stated, too, that in conjunction with what appears to be holy, certain shady events have been mentioned, as for example: business rivalry and disagreements among certain Medjugorje hotels and an alleged seer’s consultation with our Lady on the matter; the content of one of the seers’ personal diaries was revised and doctored; the alleged involvement of Camorra in the organisation of pilgrimages to Medjugorje, the running of three hotels and several souvenir shops, and the hiring of local guides. Furthermore, there are plenty of contradictions regarding the descriptions offered by the alleged seers of what they claim to have seen in the first visions. The negative opinion of sociologists and psychologists on the whole matter bears considerable weight.

On the part of the Holy See, it seems that the case is yet open. Many expect a final authoritative statement on the whole phenomenon which has been going on for over forty years. On the other hand, it is evident that the Holy See acts prudently in these and similar circumstances. The Holy See has to distinguish between what can, on one hand, be the result of falsity and deception, and what, on the other hand, is bound to the faith and the popular devotions of many Catholics who have undergone profound spiritual experiences at Medjugorje. The latter spiritual experiences, although positive in themselves, do not prove the authenticity of the alleged visions and messages.

This article was written by Mgr Hector Scerri, Professor of Dogmatic Theology at the University of Malta, and was published in ‘Il-Leħen’ on 7th November 2021 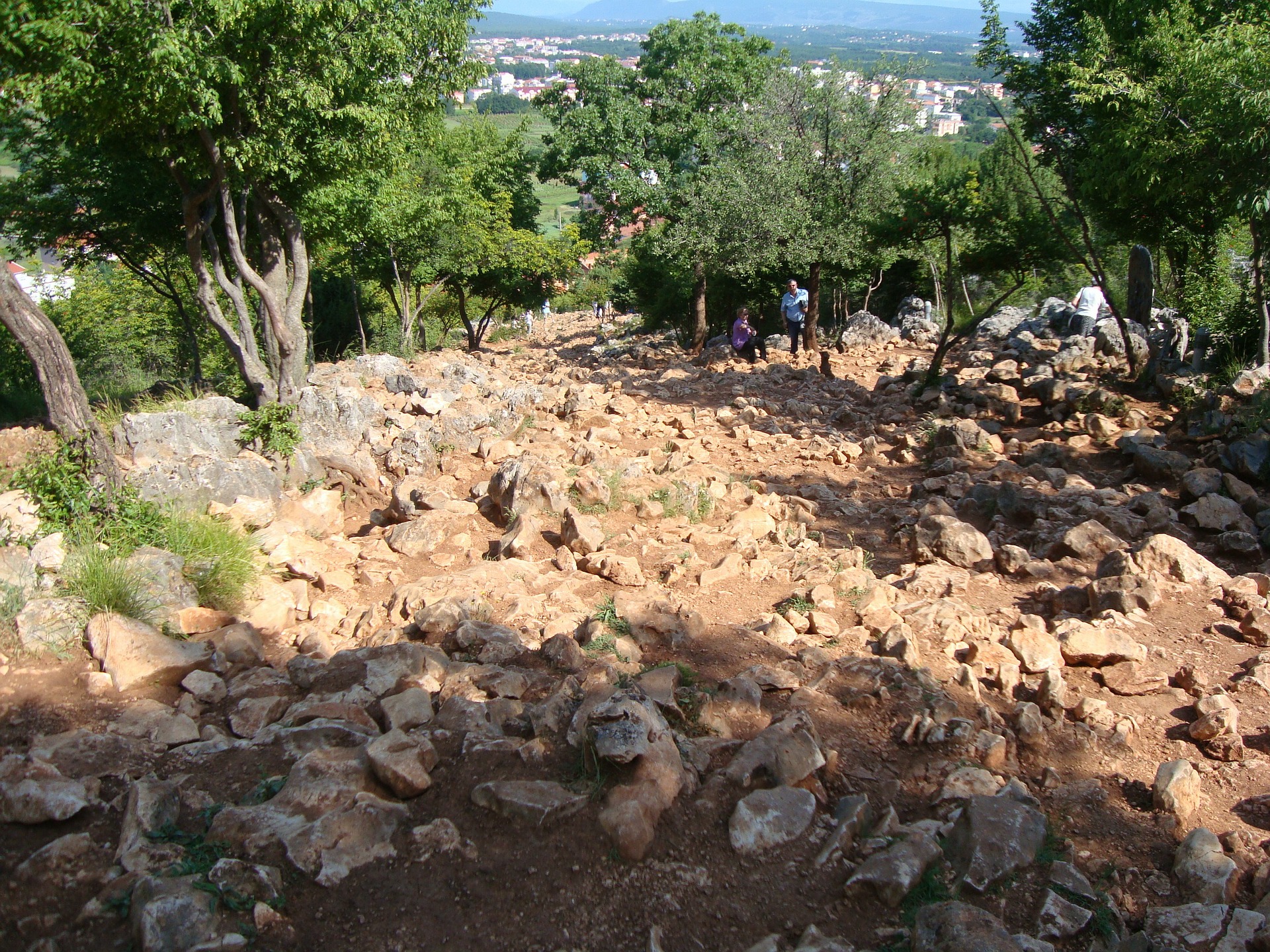