Pope Francis will canonise Blessed Charles De Foucauld, considered to be one of the pioneers of interreligious dialogue, together with six other Blesseds, during a Canonisation Mass in St Peter’s Basilica on 15 May.

The announcement was made on Tuesday by the Congregation for the Causes of Saints. It follows the Ordinary Public Consistory of 3 May 2021, whereby the Pope had authorized the canonisations, without however setting a date for the ceremony due to the health emergency caused by the Covid-19 pandemic.

Blessed Charles de Foucauld, born in 1858, was a French aristocrat and religious, whose work and writings led to the founding of the Congregation of the Little Brothers of Jesus. During his adventurous life, he was a Cavalry Officer in the French Army, and then an explorer and geographer before becoming a Catholic priest and hermit who lived among the Tuareg in Algeria’s Sahara Desert. He lived a life of prayer, meditation and adoration, in the incessant desire to be, for each person, a “universal brother”, a living image of the love of Jesus. On the evening of December 1, 1916, he was killed by bandits.

The others to be canonised are:

Blessed Lazarus (Devasahayam Pillai). Known as Devasahayam, the Blessed Lazarus was a Brahmin of the Nair caste in India. Converted to Catholicism by a Jesuit priest in 1745, Devasahayam Pillai took the name Lazarus when he became a Christian. In his preaching, he particularly insisted on the equality of all peoples, despite caste differences. This aroused the hatred of the higher classes and he was arrested in 1749. After enduring increasing hardships, he received the crown of martyrdom when he was shot on 14 January 1749.

Blessed César de Bus, was ordained in 1582 in Avignon. He was profoundly affected by the life and writings of Saint Charles Borromeo whom he held up as a model, especially his devotion to the catechesis. In fact, he worked as a catechist in Aix-en-Provence during times of turmoil following the French Wars of Religion. He founded the orders of the Ursulines of Province and the Fathers of Christian Doctrine (Doctrinarians). The Fathers were disbanded during the French Revolution but an Italian branch of the Doctrinarian Fathers continues today with houses in Italy, France and Brazil.

Blessed Luigi Maria Palazzolo, a northern Italian parish priest, he dedicated his life to abandoned, orphaned and neglected children. Together with the Venerable Maria Teresa Gabrieli, he founded the Sisters of the Poor, an Order that continues to care for and educate girls in Brazil, Burkina Faso, Congo, Italy, Ivory Coast, Kenya, Malawi, Peru and Switzerland. He died of natural causes in 1886.

Blessed Giustino Maria Russolillo, a 20th-century Italian priest, is the founder of the Society of Divine Vocations (Vocationists) which encouraged and supported those discerning a call to the priesthood and religious life. They continue their work in many countries across the world.

Blessed Maria Francesca di Gesù entered a community of women religious at the beginning of the 20th century and became the superior and formation director of the group, giving life to the Institute of the Capuchin Sisters of Mother Rubatto. Together with some Sisters, she went as a missionary to Uruguay and to Argentina. During her work in Latin America, she was asked to begin a mission in the rain forest. She died in Uruguay in 1904.

Blessed Maria Domenica Mantovani is the co-founder and first Superior General of the order of the Little Sisters of the Holy Family who can be found in Italy, Switzerland, Albania as well as in African and Latin American nations. They are dedicated to serving children and youth, families, priests, the elderly, and the disabled in parishes. 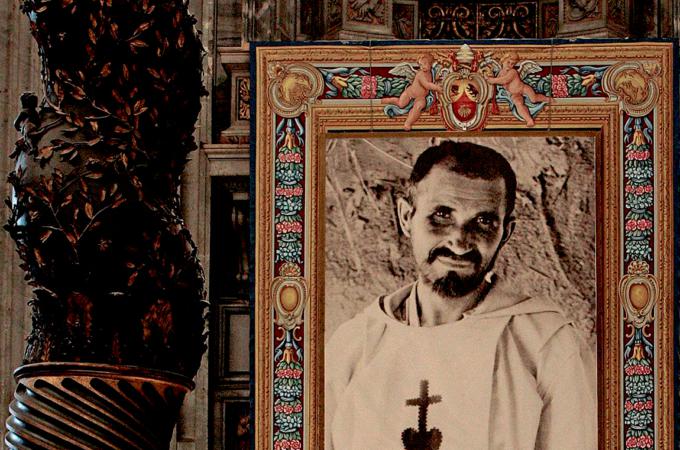