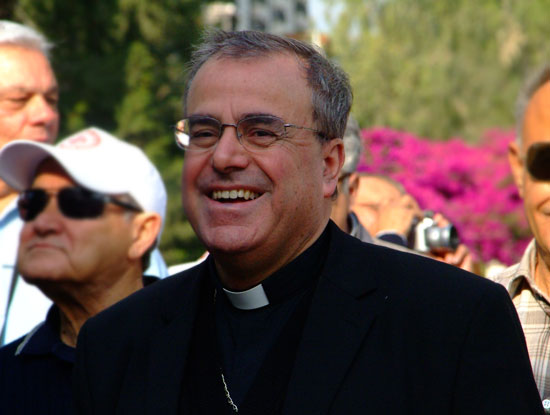 For any institution, the founding years are the most inspiring. The founding years of the Catholic Church were recorded particularly in the Gospels and the Acts of the Apostles. The Gospels are an account of the life of its Founder, Our Lord Jesus Christ, and the way that he prepared the first apostles and disciples to form the backbone of the Church. The Acts of the Apostles narrate the way that the first Church comunicated its message to the society in which the disciples lived.

The Community of believers of these islands is called to live out this mission in the spirit of these words of St Peter: “Simply proclaim the Lord Christ in your hearts, and always have your answer ready for people who ask you the reason for the hope that you all have. But give it with courtesy and respect and with a clear conscience…” (1 Pet 3, 15,16).

I will mention some considerations which, I feel, should characterize the following of the Lord Jesus Christ (I had already mentioned these reflections in my address to His Holiness Pope Benedict XVI at the Granaries, Floriana, on the 18th April, 2010).

The first consideration regarding the Church goes beyond the Church itself. It begins from the great love that God the Father has for every human being, created in his own image and likeness. The believer goes beyond what he immediately sees of the person – nationality, creed, colour of skin, moral and social condition or opinions – to see in that person this image of God. He loved Abraham, and His People so that through them he could love all others: “I will bless you… All the tribes of the earth shall bless themselves by you” (Gen 12,3). Unfortunately sometimes, Israel forgot the second blessing!

God confirmed this through the Revelation by Our Lord Jesus Christ. The specific nature of this revelation of God, which distinguishes it from other religions, is, that in Christ, man is at the centre of God. He is not a God who remains aloof, but a God who, through his Son, comes close to us, enters personally into our humanity. All that Jesus did and taught was meant to show us not who Christ is, but who God the Father is. Jesus announced his mission at a Synagogue in Nazareth: “The Spirit of the Lord has been given to me, for he has anointed me. He has sent me to bring the good news to the poor, to proclaim liberty to captives and to the blind new sight, to set the downtrodden free, to proclaim the Lord’s year of favour” (Lk 4,18.19). His mission is centred around human beings.

It is in the light of these two assertions that the Catholic Church accepts its mission to be the mediator of this love everywhere and in all times, in the footsteps of Jesus Christ. Being a member of the Church means participating in this mission. Just as it was at the beginning of the Church, and even today, being a member of the Church is not merely a right but it means taking on a mission in the name of Jesus. This means experiencing Jesus personally through prayer, knowing what Jesus taught, and living one’s faith within the community of the Church. Obviously this is not easy for the Church, and its members,  because at all ages this has resulted in conflict with the current culture. But this is the price which it has to pay in order to be a witness to the Lord, while at the same time remaining open to love and respect even towards those who are not in agreement with her.

For this to happen, every Christian is called to become ‘the Glory of the Lord’, rather than just ‘giving glory’ to the Lord. Our Lord expressed it in this way: “It is not those who say to me, ‘Lord, Lord’, who will enter the kingdom of heaven, but the person who does the will of my Father in Heaven” (Mt 7,21). The external adherence to the community celebrations of one’s religion has to be accompanied by an inner disposition to let Christ change him or her. Being a member of the Church cannot be divided from this inner struggle to follow the Lord’s teachings. In this way, the Christian himself, even though he knows that he has to pass through the  humiliation of his failings and sins and limitations, becomes a gift to those around him: family, friends, his immediate environment.

It is in the light of these considerations that Pope Benedict, before leaving our islands gave us this mission: “Look with hope towards the future, with great respect for God’s creation, with reverence towards human life, and with great esteem towards marraige and the integrity of the family”. May there be many, amongst the believers, who accept this mission.