The director of the Holy See Press Office, Matteo Bruni, presents Pope Francis’ 34th Apostolic Journey, taking place from 12-15 September. He notes that his visit to Budapest will be “a pilgrimage in honour of the Blessed Sacrament”. In Slovakia, he says, the Pope will embrace a people wounded by totalitarianism, “but with an eye to the future”.

Pope Francis’ 34th journey abroad, which also marks 54 countries visited around the world, aims to be “a pilgrimage to the heart of Europe, during which the Pope will address issues that affect the entire continent”. But above all, it is intended to be “a spiritual journey”, which begins with the adoration of the Eucharist and ends with the prayerful invocation of Our Lady of Sorrows who, in this century, has never stopped watching over the Slavic lands wounded by totalitarianism. In these few ideas, Vatican spokesman Matteo Bruni, sums up the four days that Francis will spend, from 12 to 15 September, first in Budapest, to celebrate the closing of the International Eucharistic Congress; and then in Slovakia, with stops in the capital, Bratislava, and in three other cities: Prešov, Košice, and Šaštin.

The meeting with the Hungarian authorities

The trip has a strong spiritual connotation. For this reason, it is a good idea “to avoid mixing other kinds of readings with the more spiritual one”, said Bruni, in response to questions from journalists gathered in the Vatican Press Office for the conference presenting the trip. Questions focused in particular on the Pope’s meeting with Hungarian Prime Minister Viktor Orbán on Sunday morning, before the Mass in Heroes’ Square. “It is a meeting with the highest authorities of the country, and evidently Orban among them”, Bruni said, explaining further that the presence of the prime minister with his family at the papal Mass “will be confirmed by the Hungarians.”

A pilgrimage in honour of the Eucharist

“It is a pilgrimage in honour of the Blessed Sacrament”, remarked the Vatican spokesman, recalling that the genesis of this trip can be traced back precisely to the Pope’s desire to be close to the hundreds of men and women who, since last Sunday, have taken part in the Eucharistic Congress. In particular, it goes back to his desire to preside at the final Mass, called a Statio Orbis because it was celebrated as though it brought together the entire Christian world, both “imaginatively and in spirit”.

“Hungary then opened its doors to Slovakia,” Bruni recalled. The Pope himself, in the press conference on his return flight from Iraq in March, revealing the inner process that accompanies the choice of places to visit, had in fact explained that he had been advised by one of his collaborators to go from Budapest to Bratislava, which is “two hours away by car”. A short hypothetical stage that turned instead into a seventy-two hour trip to the main cities of this region of Central and Eastern Europe, many of which John Paul II had already visited during three trips: in 1990, 1995, and, finally, in 2003, just two years before his death.

At that time, Wojtyla called on the Church and other Christian communities to participate in the reconstruction of a society that was slowly recovering from the horrors of Nazism and the “errors and sufferings” of the communist regime. Certainly, it was a very different scenario to the one Francis will encounter next week. However, “the peoples and the lands are the same”, and in the souls of many men and women, the wounds of those dark years still weigh heavily. “The Pope visits peoples who suffered a regime repressive of faith and religious freedom”, with bishops, priests, nuns and laypeople imprisoned, tortured, martyred, priests ordained secretly in the factories where they were employed, but also “Christians proud to have resisted, sometimes to the point of bloodshed, evil and persecution”.

Against the backdrop of these stories of martyrdom, in which figures such as Hungarian Cardinal József Mindszenty or the Slovak Cardinal Ján Chryzostom Korec, among the pillars of the so-called clandestine Slovak Church, shine, the Pope wants to turn his gaze “to the future of evangelisation and mission”. In order to do this, he wanted to meet with young people first of all, and then with representatives of other Christian denominations and other religions, whom he will encounter during an intense programme of seven speeches, three homilies, a greeting and an Angelus address, all delivered in Italian.

“Suffering and martyrdom have united but also divided the different confessions, which is why ecumenical meetings are important”, Bruni pointed out. Both ecumenical encounters will be held on the first day, Sunday, 12 September: the first in the morning with representatives of the Ecumenical Council of Churches, in Budapest, in the Museum of Fine Arts; the other, in the afternoon, in the Nunciature of Bratislava.

“Equally important in this papal visit”, the spokesman stressed, “was the meeting with the Jewish communities, which are also heirs to a long history of suffering aggravated by the Nazi regime’s deportations, which reduced a community that had previously numbered 136,000 to 200,000 members before the war. Of these, 15,000 lived in Bratislava until 1940. Only 3,500 survived, having seen their architectural heritage destroyed after the Second World War and encountering indifference and hostility. Only the political changes following the fall of communism in 1989 led to a rebirth of Jewish life. The community that the Pope will meet on 13 September in Rybné Námestie Square, where there is a Holocaust memorial, is, in fact, a very active one, promoting religious, cultural and educational activities.

Health measures after the operation

In addition to the events and themes of the trip, Bruni also answered journalists’ questions about any special health measures planned during the trip, following the Pope’s recent operation on his colon on 4 July: “There are no special measures, but the usual caution. There are always both a doctor and some nurses on board”, he said. Also on board, in the papal retinue, will be the leadership of the Secretariat of State: Cardinal Pietro Parolin, Secretary of State; the substitute Archbishop Edgar Peña Parra and the Secretary for Relations with States, Archbishop Paul Richard Gallagher. Cardinals Leonardo Sandri, prefect of the Congregation for Eastern Churches; and Miguel Ángel Ayuso Guixot, president of the Pontifical Council for Interreligious Dialogue, will also be present. As is tradition, there will also be a Vatican employee in the retinue, this time an employee of the Governorate.

As for the measures against Covid during the trip (according to unofficial data, there are 200 cases of contagion per day in Slovakia), and in particular the abolition of the Green Pass obligation to take part in the Pontiff’s celebrations, Bruni clarified: “These are decisions made by the local authorities, I can imagine that they have taken all the necessary measures”. 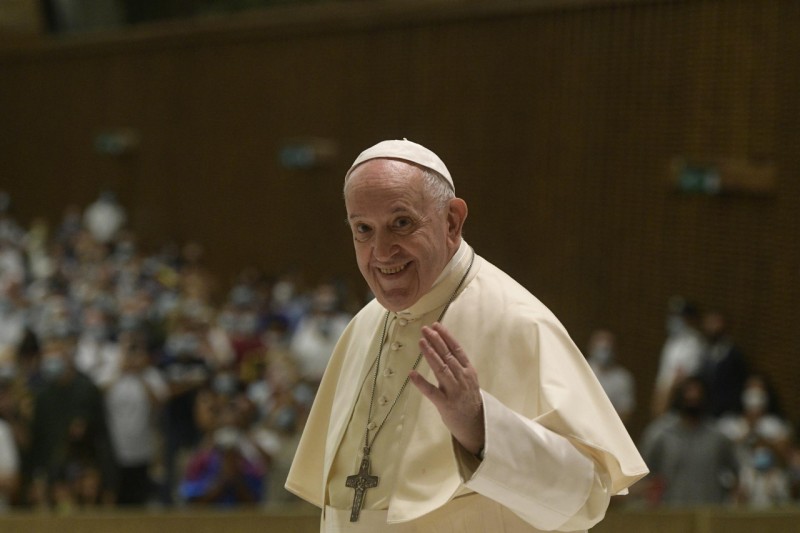