On behalf of Pope Francis, the Cardinal Secretary of State, Pietro Parolin, sends a telegram of condolence to victims of Tuesday’s earthquake in Albania.

Pope Francis has sent his “heartfelt condolences” to survivors of the earthquake that struck Albania early Tuesday morning.

In a telegram addressed to the Ilir Meta, the president of Albania, the Vatican Secretary of State, Cardinal Pietro Parolin says the Holy Father is praying for the souls of those who died in the disaster, and “assures the injured and all those affected by this disaster of his closeness in prayer”.

Pope Francis is also praying for “emergency personnel in their relief efforts”.

At least 21 people were killed when the most powerful earthquake to strike Albania in decades shook the capital Tirana and the country’s west and north on Tuesday, tearing down buildings and burying residents under rubble.

Residents, some carrying babies, fled apartment buildings in Tirana and the western port of Durres after the 6.4 magnitude quake struck shortly before 4am local time.

The Balkan country was jolted by 100 aftershocks after the main tremor, two of them of magnitude 5, testing strained nerves.

Full text of the telegram sent by Cardinal Pietro Parolin:

His Excellency Ilir Meta
President of the Republic of Albania

His Holiness Pope Francis sends heartfelt condolences to Your Excellency and to the families of those who have died following the earthquake that struck your country. Commending the souls of the deceased to God’s mercy, he assures the injured and all those affected by this disaster of his closeness in prayer. Upon the emergency personnel in their relief efforts, His Holiness invokes blessings of strength, and he entrusts the people of Albania to the loving providence of the Almighty. 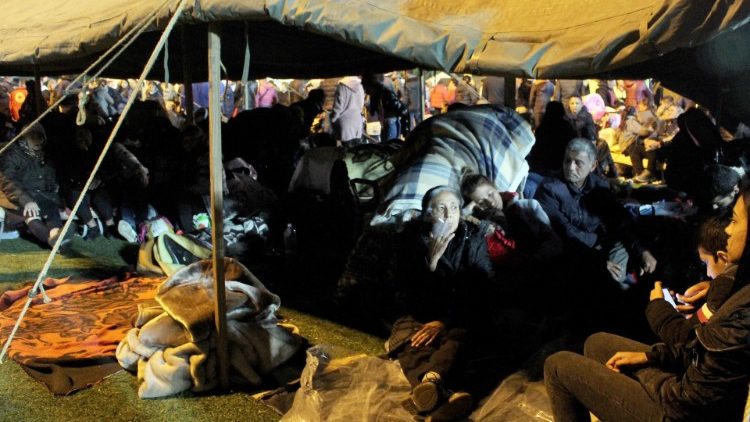