Pope Francis concludes his Apostolic Journey to Japan, fulfilling his dream to be a missionary to the country and spurring the Japanese Church to protect all life.

It was a bittersweet farewell that Pope Francis bade to the people of Japan on Tuesday, as he boarded the papal plane at Tokyo-Haneda airport.

His visit fulfilled a life-long desire to come to this East Asian nation as a missionary, a dream that was truncated by illness as a young Jesuit.

Yet Divine Providence has a special way of turning patient hope into reality.

Pope Francis arrived in the Land of the Rising Sun smiling despite driving rain and wind. His joy was evident as he met with the most varied aspects of Japanese society.

And the people of Japan could feel his enthusiasm and returned it in spades.

From Emperor Naruhito – who stretched protocol to personally accompany the Pope to his car – to an elderly missionary priest – who had tears in his eyes as he watched his brother Jesuit depart Sophia University – gratitude was written all over the face of every person Pope Francis met. 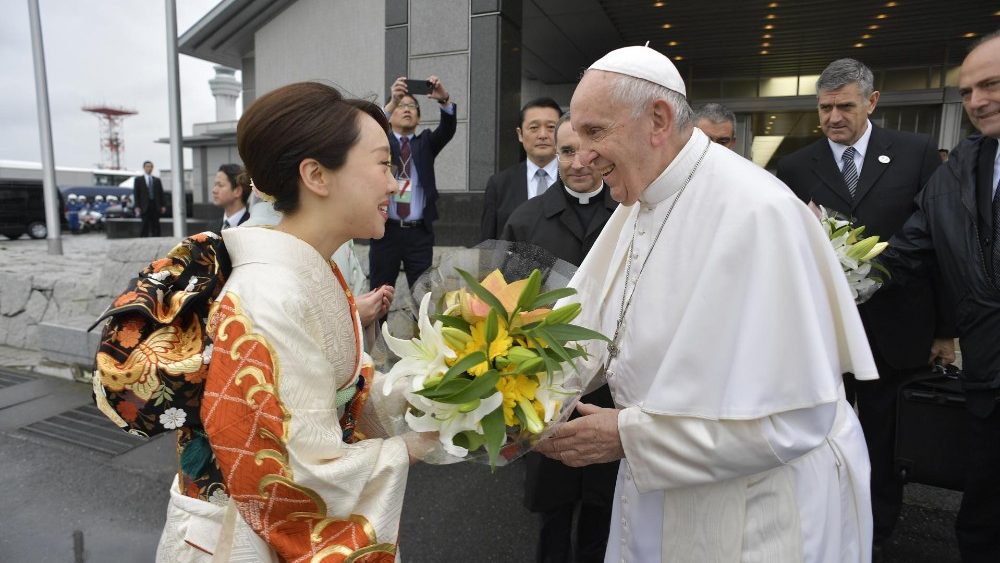