The Letter to the Galatians reports a rather surprising fact. As we have heard, Paul says that he reproached Cephas, or Peter, in front of the community at Antioch, since his behaviour was not that good. What had happened that was so serious that Paul felt obliged to address Peter in such harsh terms? Perhaps Paul was exaggerating, allowing his character to get in the way without knowing how to control himself? We will see that this is not the case, but that, yet again, what was at stake was the relationship between the Law and freedom. And we must return to this often.

Writing to the Galatians, Paul deliberately mentions this episode that had taken place the year before in Antioch. He wanted to remind the Christians of that community that they were absolutely not to listen to those who were preaching that it was necessary to be circumcised, and therefore be “under the Law” with all of its prescriptions. We recall that these fundamentalistic preachers had gone there and were creating confusion, and had even robbed that community of their peace. The object of criticism regarding Peter was his behaviour when sitting down to table. For a Jew, the Law prohibited eating with non-Jews. But Peter himself, in another circumstance, had gone to the house of Cornelius the centurion in Caesarea, knowing that he was transgressing the Law. He thus affirmed: “God has shown me that I should not call any man common or unclean” (Acts 10:28). Once he returned to Jerusalem, the circumcised Christians, who were faithful to the Mosaic Law, reproached Peter for his behaviour. He, however, justified himself saying: “And I remembered the word of the Lord, how he said, ‘John baptized with water, but you shall be baptized with the Holy Spirit.’ If then God gave the same gift to them as he gave to us when we believed in the Lord Jesus Christ, who was I that I could withstand God?” (Acts 11:16-17). We remember that the Holy Spirit had come at that time into Cornelius’ house when Peter went there.

Something similar had also taken place in Antioch in Paul’s presence. First, Peter had been eating with the Christians of pagan origin without any difficulty; however, when some circumcised Christians from Jerusalem arrived in the city – those who were originally Jews – he then no longer did so, because he did not want to incur their criticism. And this – be careful – his error was that of paying more attention to criticism, of making a good impression. This was serious in Paul’s eyes, because other disciples imitated Peter, especially Barnabas, who had even evangelised the Galatians (cf. Gal 2:13). In so doing, without wanting to, Peter, who was a bit here and a bit there, not clear, not transparent, was, in fact, creating an unjust division within the community: “I am pure…I am following this line…I have to do this…this cannot be done…”

In his reproach – and this is the heart of the problem – Paul uses a term that allows us to enter into the merit of his reaction: hypocrisy (cf. Gal 2:13). This is a word that is repeated a few times: hypocrisy. I think we all understand what it means…. The observance of the Law on the part of Christians led to this hypocritical behaviour that the apostle wanted to counter forcefully and convincingly. Paul was upright, he had his defects – many of them…his character was terrible – but he was upright. What is hypocrisy? When we say, “Be careful, that person is a hypocrite”, what are we trying to say? What is hypocrisy? It can be called the fear of the truth. A hypocrite is afraid of the truth. It is better to pretend rather than be yourself. It is like putting makeup on the soul, like putting makeup on your behaviour, putting makeup on how to proceed: this is not the truth. “No, I am afraid of proceeding like I am…”, I will make myself look good through this behaviour. To pretend suffocates the courage to openly say what is true; and thus, the obligation to say the truth at all times, everywhere and in spite of anything can easily be escaped. Pretending leads to this: to half-truths. And half-truths are a sham because the truth is the truth or it is not the truth. Half-truths are a way of acting that is not true. We prefer, as I said, to pretend rather than to be ourselves, and this pretence suffocates the courage to openly say the truth. And thus, we escape the duty – that this is a commandment: to always speak the truth; to be truthful: to speak the truth everywhere and in spite of anything. And in an environment where interpersonal relations are lived under the banner of formalism, the virus of hypocrisy easily spreads. That smile that looks like this, that does not come from the heart. To seem to be on good terms with everyone, but with no one.

In the Bible, there are several examples where hypocrisy is contested. A beautiful testimony to counter hypocrisy is that of the elderly Eleazar who was asked to pretend to eat meat sacrificed to the pagan deities in order to save his own life: to pretend that he was eating it when he was not eating it. Or to pretend he was eating pork but his friends would have prepared something else.But that God-fearing man – who was not a twenty-year-old – replied: “Such pretence is not worthy of our time of life, lest many of the young should suppose that Eleazar in his ninetieth year has gone over to an alien religion, and through my pretence [because of my hypocrisy], for the sake of living a brief moment longer, they should be led astray because of me, while I defile and disgrace my old age” (2 Mac 6:24-25). An honest man: he did not choose the path of hypocrisy! What a beautiful episode to reflect on to distance ourselves from hypocrisy! The Gospels, too, report several situations in which Jesus strongly reproaches those who appear just externally, but who internally are filled with falsity and iniquity (cf. Mt 23:13-29). If you have some time today, pick up the twenty-third chapter of the Gospel of Matthew and see how many times Jesus says: “hypocrites, hypocrites, hypocrites”, this is how hypocrisy manifests itself.

Hypocrites are people who pretend, flatter and deceive because they live with a mask over their faces and do not have the courage to face the truth. For this reason, they are not capable of truly loving: a hypocrite does not know how to love. They limit themselves to living out of egoism and do not have the strength to show their hearts transparently. There are many situations in which hypocrisy is at work. It is often hidden in the work place where someone appears to be friends with their colleagues while, at the same time, stabbing them in the back due to competition. In politics, it is not unusual to find hypocrites who live one way in public and another way in private. Hypocrisy in the Church is particularly detestable; and unfortunately, hypocrisy exists in the Church and there are many hypocritical Christians and ministers. We should never forget the Lord’s words: “Let what you say be simply ‘Yes’ or ‘No’; anything more than this comes from evil” (Mt 5:37). Brothers and sisters, today, let us think about the hypocrisy that Paul condemns, and that Jesus condemns: hypocrisy. And let us not be afraid to be truthful, to speak the truth, to hear the truth, to conform ourselves to the truth, so we can love. A hypocrite does not know how to love. To act other than truthfully means jeopardising the unity of the Church, that unity for which the Lord Himself prayed. Thank you. 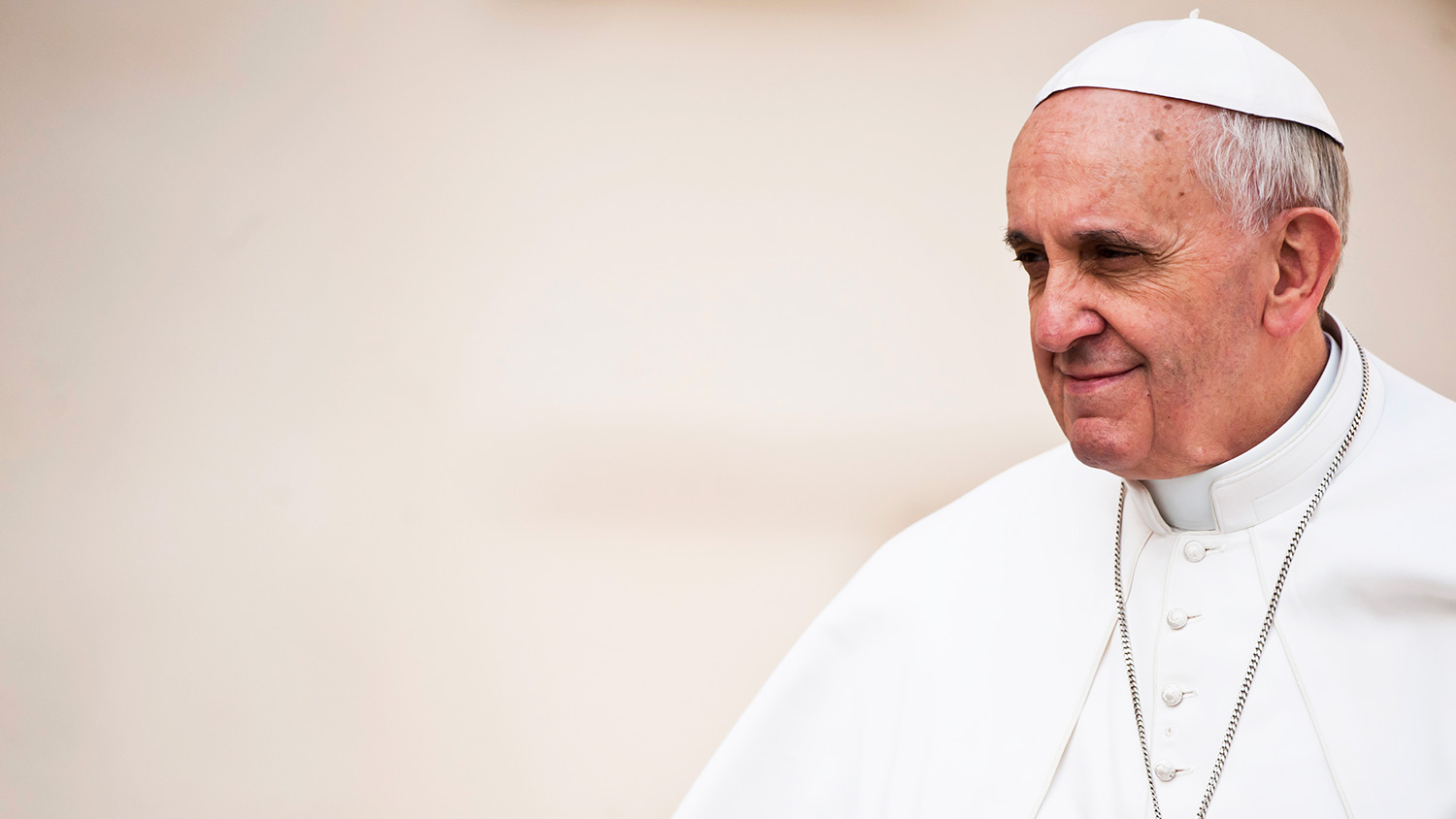