Spiritual Development in Schools (SDS) aims in assisting state and independent schools in their spiritual well being and pastoral care. Hence seeks to keep in touch with the schools, religious counsellors and chaplains.

This collaborative project was called Everyday Superheroes and saw its start during one of the phone calls to schools between Joseph Degabriele, a pastoral worker from SDS, and Graziella Vassallo Theuma, an assistant head in Żejtun Primary B school. Immediately after, Sarah Mallia, assistant head from the De la Salle Junior Section was approached to join the team.

After a series of brainstorming meetings, Everyday Superheroes started between the students and educators of year 4 in St Thomas More College Primary B Żejtun and De la Salle Junior Section. It is inspired by the current situation when many front liners are giving their utmost effort to help the world keep going through this struggle.

“What an amazing experience for all the students and educators involved! This was our first eTwinning project and will not be the last. I would really like to thank Mr Joseph from the Spiritual Development in Schools and Ms Graziella from Żejtun Primary B for this collaboration” – Sarah Mallia – Asst Head De la Salle Junior Sector

With each front liner, we established a patron saint whose life will help to inspire all of us involved to become better people in our actions and lead us to become saints. The saints included St Catherine of Alexandria, not only patron saint of Żejtun but also of seamstresses who are important for the production of masks, St John Baptist de La Salle who is the patron saint of teachers and the founder of the De la Salle school, St Giorgio Moscati, patron saint of doctors, St Joseph of Cupertino, patron saint of students, Bl. Carlo Acutis, patron of technology, a significant medium during these times, St Albert the Great, patron saint of scientists, Bl. Chiara Badano, a very young saint and an inspiration to embrace sacrifice, and St Mother Teresa of Calcutta, patron saint of charity.

Each class was given a saint to present to the rest of the schools in their creative ways. Some presented through a hands-on activity or science experiment, others did this through a drama or a dance, and others through a Mentimeter activity or by creating a flipbook, to mention a few. The sessions always finished off with a quiz.

“I would like to thank the educators for their hard work and the children for their impeccable work, even when the schools were closed, we kept on going so well done to everyone. We would like to pursue this teamwork between students and educators to continue growing in these 21st-century skills so as to become better citizens.” – Graziella Vassallo Theuma – Asst Head Żejtun Primary B

Throughout the project, we spoke about how to become saints in our everyday life and at the end, both schools collected around 25 boxes of items needed by the residents of Fondazzjoni Nazaret care homes. The last session also featured messages from Monsignor Joseph Galea‑Curmi, Auxiliary Bishop and Vicar General, and a short live message from Her Excellency Marie-Louise Coleiro Preca – President Emeritus of Malta as well as Chairman of the Board of Directors of the Nazareth Home Foundation. Mr George Psaila, Principal of St Thomas More College, and Mr Stephen Cachia, Director of Lasallian Education, also shared some thoughts.

This project helped to blur any ideas of difference concerning the status of the state and church schools. Furthermore, this collaboration was an example that we could help each other and be of service to others, particularly during these past months of the pandemic when our physical presence was very restricted. The synergy between the team enabled such collaboration to work smoothly throughout. After the success of such a project, both schools and SDS will discuss how to pursue this collaboration. 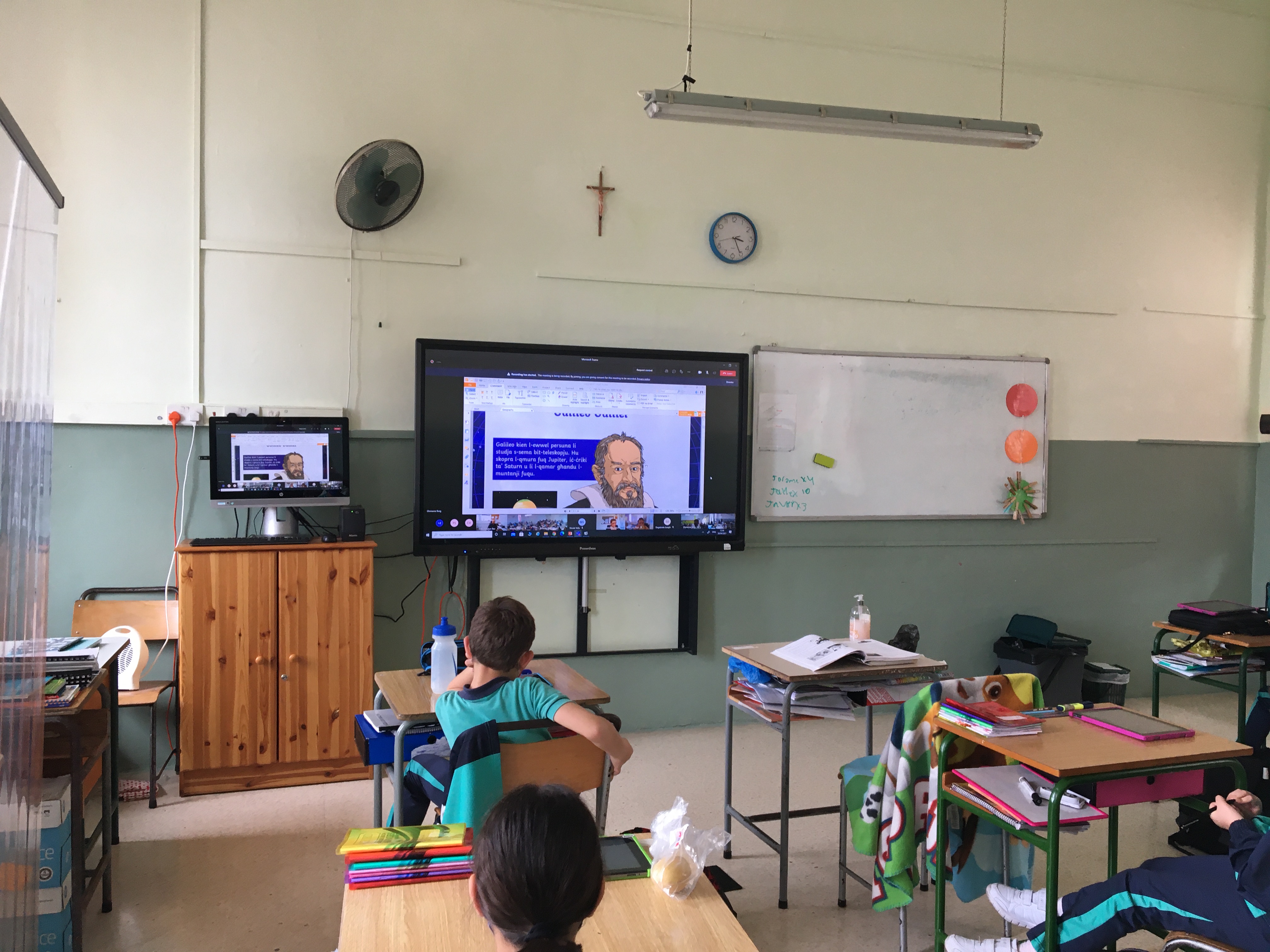