The book ‘Naqqaxtek fuq il-pali ta’ jdejja’ was launched by Drachma Parents, a support group for parents of LGBTI+ persons, on Tuesday, 17 May 2022, as part of the commemorations of the International Day Against Homophobia, Biphobia and Transphobia. The name of the book is taken from the Book of Prophet Isaiah (Is. 49:16) – ‘I have engraved you on the palms of my hands’. The members of Drachma Parents believe that this is what God says personally and intimately to each of us. Drachma Parents strongly believe that he does not make any distinction between different races or different sexual orientations.

The book explores the story of Sodom and whether it is about homosexuality at all; whether the Jewish ritual laws found in the book of Leviticus are still relevant today; whether St Paul had in mind pederasty (exploitation and abuse of minors) rather than homosexuality.

It is not disrespectful of the Scripture to state that these texts, written thousands of years ago, lack a proper understanding of human sexuality. The biblical writers could not possibly know (as science acknowledges today) that what we today call being ‘gay’ or ‘lesbian’ is a regularly occurring non-pathological minority variant in the human condition. The assumptions found in the biblical texts need to be supplemented by the insights and observations about human sexuality provided by biology, psychology, sociology, genetics, and biblical studies. In the past, the Church has had the courage to change its interpretation on various subjects, basing itself on new understandings and advances made in the sciences and as a result of discernment and experience. This does not mean that we are to dismiss the Bible. The problem is not the Bible; the mistake is how the Bible is, or has been, read.

Each of the five chapters begins with a critical-historical analysis of the biblical text, followed by a summary of the main points and a reflection by members of Drachma Parents about the relevant text.

This is the second publication of Drachma Parents, after its first book Uliedna Rigal was published in 2016, and is dedicated to Fr Ġwann Xerri, O.P., for many years a missionary in Brazil, who gave his unwavering support to Drachma Parents since its inception in 2008, and who sadly passed away in June last year.

The book is of particular interest to LGBTI+ people and their parents, families and friends; teachers, counsellors, other professionals, priests, and catechists. 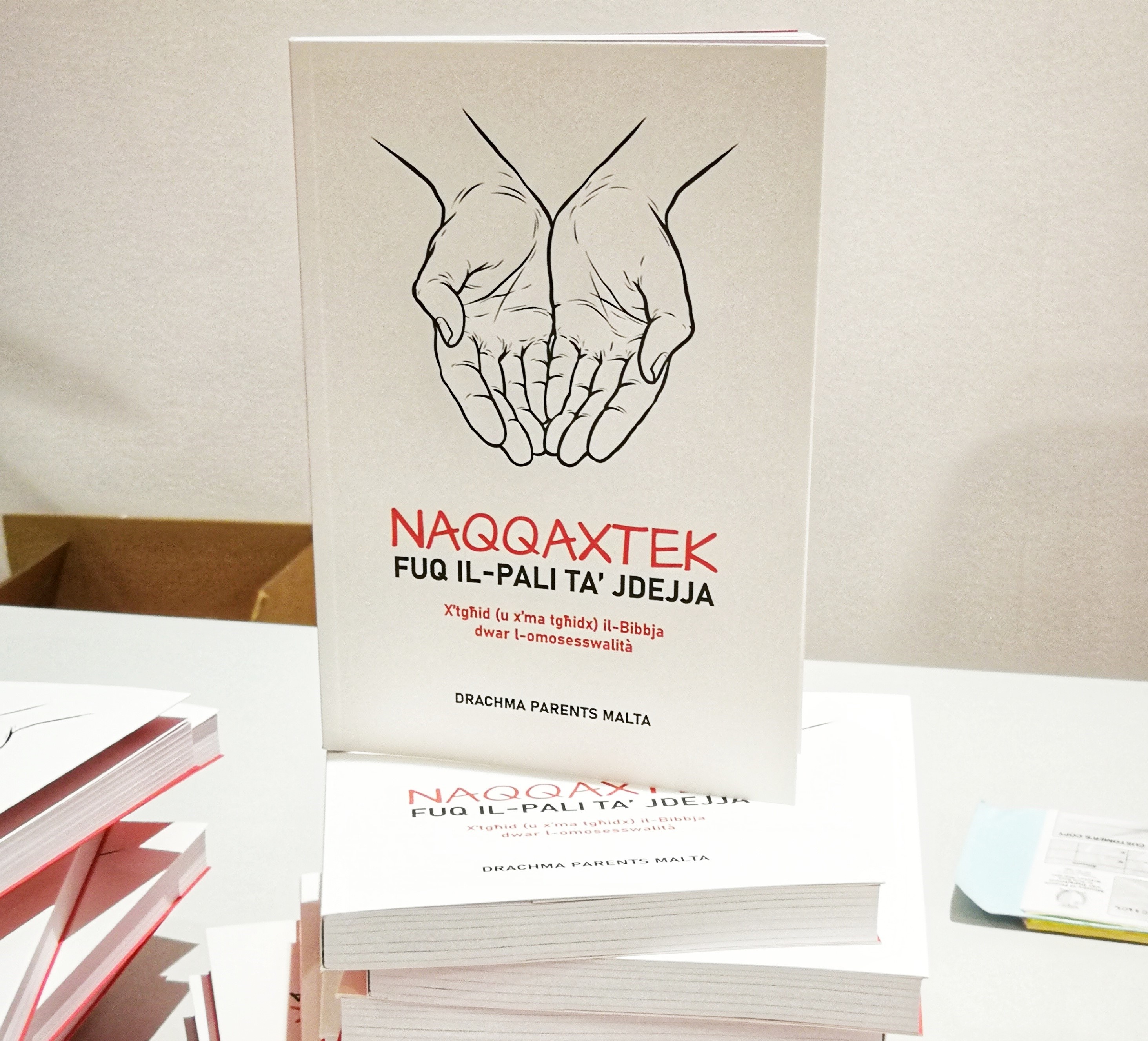