French media on Thursday morning reported that at least three people were killed and several others injured in a knife attack in the city of Nice.

According to sources, the attack began around 9:00 am in the Basilica of Notre Dame – the largest Catholic church in Nice. Shortly after, Police swarmed the scene to secure the area and restore order.

The city’s mayor, Christian Estrosi described the incident as suggestive of “a terrorist attack” in a tweet. He also said that the suspect behind the attack had been arrested.

Pope Francis close to the mourning community in Nice

Pope Francis expressed his sorrow and offered prayers for the Church in France following the tragic murders of three people at the Basilica of Notre Dame on Thursday.

“Informed of the savage attack that was perpetrated this morning in a church in Nice, causing the death of several innocent people, His Holiness Pope Francis joins in prayer with the suffering of the families who were affected and shares their sorrow. He asks the Lord to bring them comfort and he commends the victims to his mercy.”

“Condemning such violent acts of terror in the strongest possible way, he assures the Catholic Community of France and all the French people of his closeness and he calls for unity. Confiding France to the protection of Our Lady, he wholeheartedly gives the Apostolic Blessing to all those affected by this tragedy.”

Separately, a statement released by Matteo Bruni, Director of the Holy See Press Office, said the Pope is praying for all those affected by the brutal attack and that the people may react united, responding to evil with good:

“It is a moment of pain, in a time of confusion. Terrorism and violence can never be accepted. Today’s attack has sown death in a place of love and consolation, like the house of the Lord. The Pope is informed of the situation and is close to the mourning Catholic community. He prays for the victims and their loved ones, so that the violence may cease, so that we may return to look upon ourselves as brothers and sisters and not as enemies, so that the beloved people of France, united, may respond to evil with good”.

Bishops pray for the victims

The president of the French Bishops’ Conference, Archbishop Éric de Moulins-Beaufort of Reims expressed his closeness to the victims of the attack in a tweet.

“…My very special prayers for the diocesan people of Nice and Bishop Marceau. May they know how to sustain themselves in this trial and support those who are tested in their flesh.”

Recalling the proximity of the solemnity of All Saints celebrated on 1 November, Archbishop Moulins-Beaufort added: “On Sunday, for All Saints, we will hear the Lord: Blessed are the peacemakers, they will be called sons of God. Blessed are those who persecute you for my sake for your reward will be great in heaven.”

On his part, Bishop André Marceau of Nice expressed his sorrow on the tragic attack and the deaths of three people in a statement on Thursday.

“My sadness as a human being is infinite in the face of what other so-called human beings can do” he said.

Bishop Marceau noted that this latest attack comes a few weeks after Storm Alex and a few days after the murder of Samuel Paty.

He also announced that all churches in Nice are closed and placed under police protection till further notice.

“All my prayers go out to the victims, their loved ones, the police on the front line of this tragedy, priests and the faithful who have been wounded in their faith and hope,”  Bishop Marceau added.

This latest attack comes while France is still reeling from murder of a middle school teacher, Samuel Paty on 16 October for talking to students about cartoon depictions of Prophet Muhammad in the satirical magazine Charlie Hebdo.

The city of Nice was also the location of another terror attack on 14 July 2016 when a 31-year-old man killed 86 people and injured many others after he drove a truck into a crowd of people who had gathered to celebrate Bastille Day. 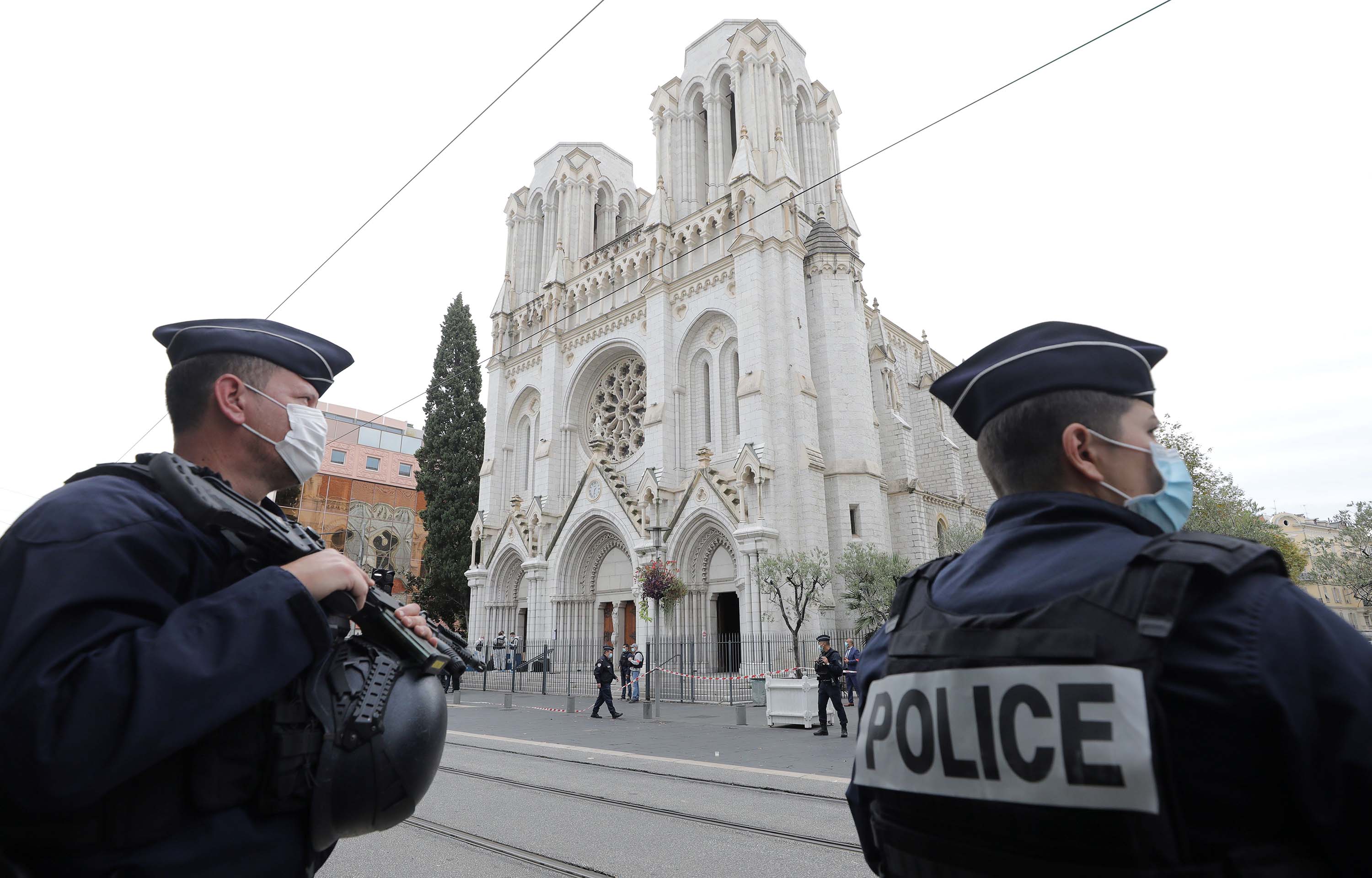