An estimated 216,000 children were victims of sexual violence by between 2,900 to 3,200 priests, men and women religious in France over the past 70 years. However, when the victims of attacks by “lay people working in Catholic Church institutions” were included, the figure rose to 330,000. These shocking “figures” were released on Tuesday, October 5, in Paris in a Report presented by Jean-Marc Sauvé, president of the Independent Commission on Sexual Abuses in the Church ( CISAE), to Monsignor Eric de Moulins-Beaufort, president of the Bishops’ Conference of France ( CEF), and to Sister Véronique Margron, president of the Conference of Men and Women Religious in France ( CORREF).

In compliance with the commitment to utmost transparency, the Report was broadcast live the French Catholic channel KTO and on the social networks of the Catholic Church in France. It was then published in full on the CIASE website and on the websites of CECF and CORREF. The comprehensive 450-page Report includes 2,500 annexed documents, fruit of 32 months of work. “Every story involves the willingness of the victim to break the silence and speak out,” said CIASE member Alice Casagrande. This process always implies “a major act of courage.” Francois Devaux, founder of ‘La Parole Liberée’, spoke in very strong terms. “You ventured into the most sinister corners of man, the most vicious meanderings.” The abuses that took place “were betrayals of trust, of morale, of children. They constituted the betrayal of innocence, of your people, of the Gospel, a betrayal of everything.” The Report reveals a system based on “concealment, hypocrisy and lies.”

In his remarks during the Conference, Jean-Marc Sauvé, President of the Independent Commission, assured: “Our intention was to give the victims a central role in our approach.” The victims agreed to “speak out and voice their suffering, isolation, shame and, in many cases, even guilt.”

The Report found that children accounted for almost 80% of all victims. Sauvé said that it was an “opportunity effect” for priests, namely, given their closer and more direct contact with children. The Report also found that while most cases of abuse are committed within families, the Catholic Church comes next in line, followed by school and sports environments. The Report presents 45 specific Recommendations. Sauvé did not list them all, but he stressed the need to “acknowledge the responsibility of the Church” for what has occurred in the past. “There have been mistakes,” he recognised. Often, complaints were not properly handled, “thus exposing children to being victims of attacks.” There was a systematic cover-up. In brief, “the Church failed to see, to listen to and detect signs of weakness.” For the future, Sauvé called on the Church to pay reparations to all survivors of sexual violence. “Compensation for the harm done must be paid”, and it should not be considered as “a gift” but as something “owed” by the Church.

Jean-Marc Sauvé, President of the Independent Commission, assured: “Our intention was to give the victims a central role in our approach.”

“Commenting on the findings of the Report, Msgr. Eric de Moulins-Beaufort, president of the Bishops’ Conference of France, said: “I express my shame, my horror, my determination to act so that the refusal to see, the refusal to hear, the desire to hide or mask the facts, the reluctance to denounce them publicly, disappear from the attitudes of the ecclesial authorities, of priests and pastoral workers, of all the faithful. Believe me, I am speaking on behalf of the bishops.” “Ladies and Gentlemen, survivors who are amongst us today, you, whose name and surname I know, with whom I have worked and other bishops have worked with in the past years, my heartfelt wish today is to ask your forgiveness. Forgiveness to each and every one of you. I know that you represent thousands of others who could not and will never be able to speak. We bishops assure those who one day will speak, whoever they may be, that they will be heard, welcomed, taken seriously and that their words will not go unheeded.”

Immediately after the presentation of the Report, the French Bishops’ Conference and the Conference of Men and Women Religious in France issued a joint statement: “Before so many broken lives, many of them destroyed, we are ashamed and indignant.” “As men and women, as bishops or superiors and superiors of religious institutes, our thoughts and our deep sorrow go above all to the victims.” “Nothing can justify the fact that they were not listened to, believed, supported, or that the majority of assailants were not brought to justice and prosecuted.” “We know that there is still a long way to go before we can hope to deserve the survivors’ forgiveness, and that we must rise to the challenge.” Bishops and religious assured that their respective Conferences would “study” the “Report and especially its 45 recommendations”. So as to “adopt the most appropriate and needed measures.” 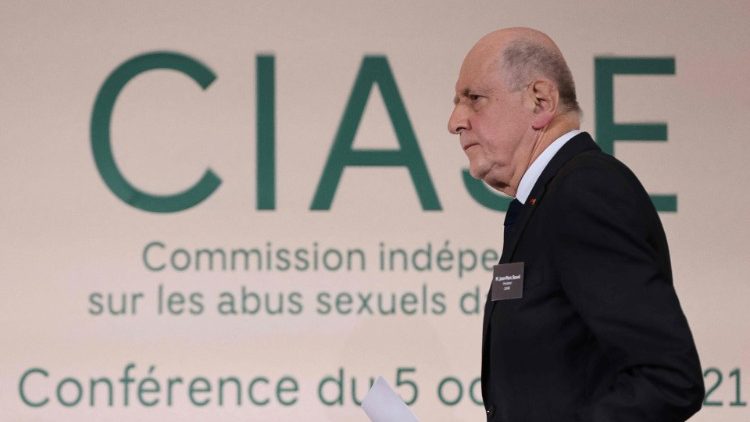