Officials at the embassy of Cyprus before the Holy See are affirming the “historic importance” of Benedict XVI’s visit to the island, scheduled for June 4-6.

President Demetris Christofias, as well as the local Church, invited the Pope to make the visit, which will be his 16th international trip. During his three days on the island, he will meet with both government and Church leaders, as well as making a pilgrimage to the Pillar of St. Paul in Paphos, the embassy reported.

The apostolic visit comes as Cyprus continues to struggle with Turkey over the northern section of the island. There have long been tensions between the Greek Cypriot majority and Turkish Cypriot minority; since 1974, the latter has controlled a third of the island. In 1983, the Turkish Cypriot-occupied area declared itself the “Turkish Republic of Northern Cyprus,” but only Turkey recognizes this.

In recent years, the United Nations has encouraged the island to renew unification efforts. But little progress has been made and the conflict is one of the reasons keeping Turkey out of the European Union.

But the Pope, in his 2009 address to the diplomatic corps, observed that “the hope of peace is alive in Cyprus.”

Besides adding his voice to this call for peace, the Holy Father will do something else momentous in Cyprus: On June 6, he will present the “instrumentum laboris” for the special synod on the Middle East, set to be held in the Vatican this October. 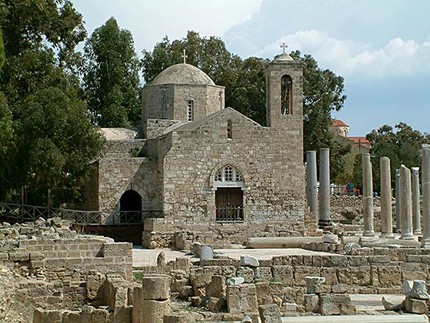