For the first time since the beginning of the COVID-19 pandemic, the Bishops of COMECE gathered in Brussels for their Autumn Assembly – this time focusing on the Conference on the Future of Europe and the role of the youth in boosting the European integration process.

While renewing the support of the Catholic Church for this EU initiative and its stated goal to allow citizens to debate on Europe’s challenges and priorities, the Bishops highlighted the need to further involve Churches and the youth at the local, national and European level.

A delegation of young people from all over Europe was invited to join the Assembly for exchanging views with the Bishops on key topics for the future of the continent. Emphasis was also placed on recent and future youth and faith-based initiatives carried out by COMECE and by Justice and Peace Europe in the context of the Conference on the Future of Europe and on the European Green Deal.

The Assembly was also an occasion to engage in a dialogue with EU representatives on the major challenges faced by EU citizens and institutions, especially in response to the COVID-19 pandemic. In particular, during an exchange with Colin Scicluna – Head of cabinet of the Vice-President of the European Commission in charge of Democracy and Demography – the Bishops had valuable insights on the functioning of the Conference and discussed its contents and possible outcomes.

Another valuable input on the current state of play in the European Union came from the panel with Herman van Rompuy, President emeritus of the Council of the EU and current President of the European Policy Centre.

H. Em. Cardinal Jean-Claude Hollerich SJ, President of COMECE, expressed disappointment for the non-inclusion of Churches in the framework of the Conference on the Future of Europe. “This process is healthy and necessary – he stated – but leaving out the voice of Churches would impoverish it. A Europe with a soul would be able to face challenges such as migration and asylum or the rule of law with much more impetus [and show] greater attention to respect for freedom of religion” – he continued.

In view of the UN Climate Conference 2021 (COP26) to be held in Glashow on 31 October-12 November 2021, the Bishops were updated by the Coordinator of the European Laudato Si’ Alliance (ELSiA) on its activities. This included the letter recently addressed to the leaders of the EU, calling them to play a leading role at the international level for a bold response to tackle the climate emergency.

On Wednesday 27 October, the Bishops celebrated a Mass for Europe, held in the Church of Notre-Dame de la Victoire, Brussels, in memory of H.E. Mgr. Alain Paul Lebeaupin, former Apostolic Nuncio to the European Union, who passed away earlier this year.

The homily was offered by Mgr. Hrvoje Škrlec, chargé d’affaires of the Apostolic Nunciature to the EU, who remembered Mgr. Lebeaupin’s unshakable faith, outstanding professionalism and authentic humaneness. 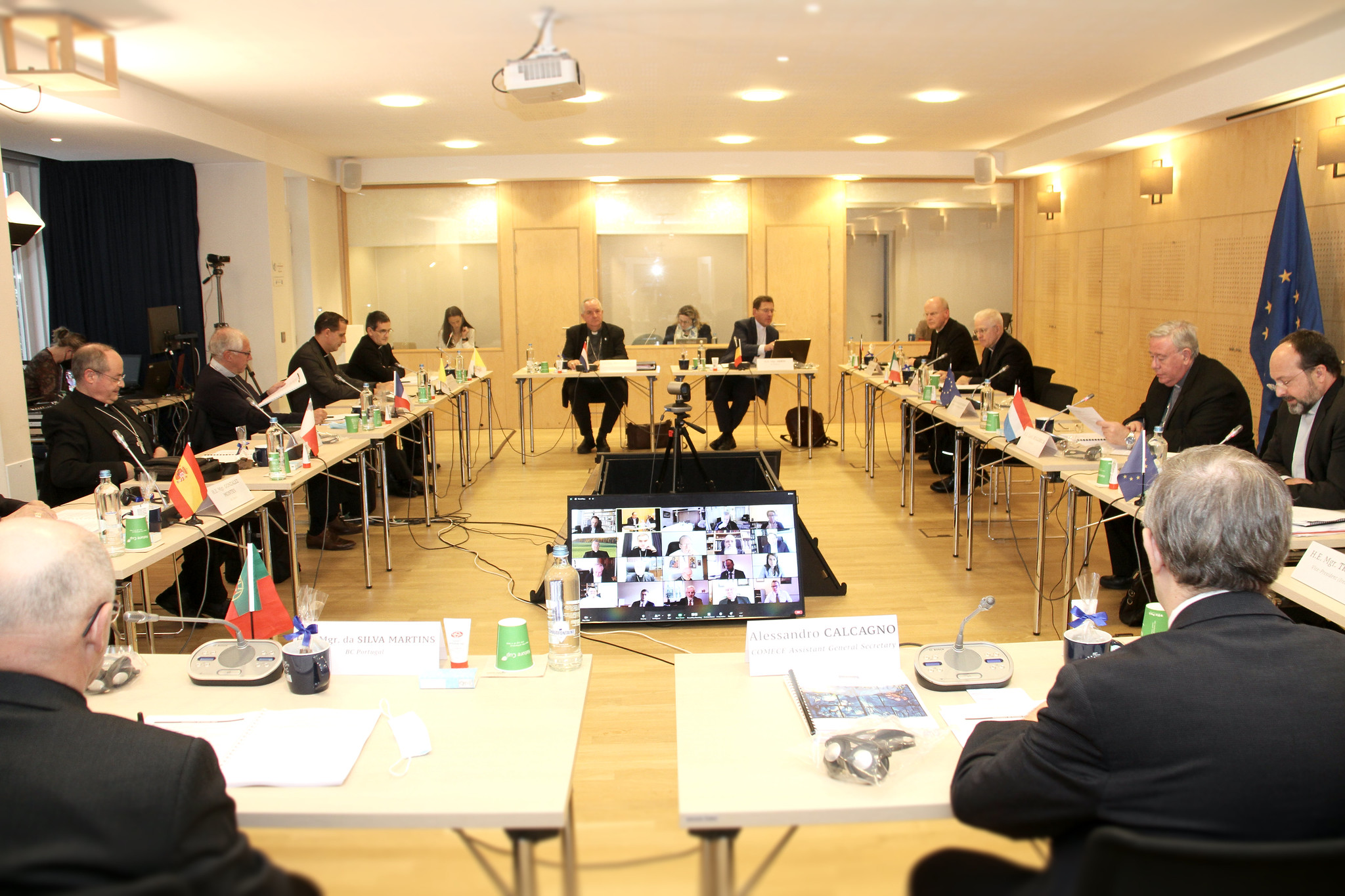