Cardinal George Pell, Prefect Emeritus of the Secretariat for the Economy, has been a free man for fourteen months. Today, 8 June 2021, he was able to celebrate his eightieth birthday in his home country, Australia. We reached him by phone at a time in which he is in self-isolation for health reasons related to Covid. The conversation took place as the Cantagalli Publishing House releases his “Prison Journal” – Volume I in Italian.  The 400-page book collects the notes that make up the Cardinal’s daily diary between 27 February and 13 July 2019, while he was in prison in Melbourne on charges of sexual abuse of minors, charges from which he was completely acquitted by a High Court ruling in April 2020. Pell had been sentenced to six years in prison in March 2019 and his lawyers’ appeal to the Supreme Court of Victoria had been rejected by two out of three judges in August that year. Subsequently the appeal to the High Court of Australia overturned the conviction. The Cardinal has always declared himself innocent, calling the crime he was accused of a horrible and intolerable crime. The sentence of acquittal was greeted with satisfaction by the Holy See, which – in a statement – said it had always trusted the Australian judicial authorities. Then, on 12 October last, the meeting with Pope Francis in the Vatican during which the Holy Father thanked him for his testimony.

Would you ever have imagined that your life was to include the experience of prison?

No, of course not! I would never have thought that. I fought hard not to, but unfortunately without success. It was a combination of circumstances, lies and deceit, but then my release finally came, thanks to the Supreme Court.

Why did you keep a diary of your 13 months of imprisonment?

For many reasons. I thought it might be helpful for those who are in difficulty, for those who are going through a time of suffering, like I was. Then I thought that keeping a diary would be of some interest from a historical point of view, because there weren’t many cardinals who had the experience of prison. But then also because I had discovered that many prisoners had dedicated themselves to writing, starting – in the Catholic sphere – with St Paul. Writing when you are in prison is good therapy.

How much has prayer helped you to cope with the humiliation and discomfort of imprisonment?

I have to say that faith and prayer were fundamental; they helped me to completely change the perspective during those days of detention. Today I tell everyone, using an English expression, that in prison I have had confirmation that “the Christian package works.” My experience shows how much the Church’s teachings help us, how much praying and seeking God’s grace helps. Especially when we understand that we can live our personal suffering for the greater good, that we can associate our suffering with that of Jesus. As Christians, we know that we have been redeemed by the passion and death of the Son of God. Living this teaching on the value of suffering really changes everything when you find yourself in a situation like mine.

During the days of your imprisonment, what was your relationship with the other prisoners? You write that you “felt” their suffering…

I was in solitary confinement to ensure my personal protection. I never saw the other eleven prisoners who were with me in the same section. Only during the last four months of my imprisonment was I able to meet three other prisoners and talk to them. But most of the time I could only hear the anger, the anguish, of my fellow prisoners, without having any personal relationship.

In your diary, you say that you often listened to the prayers of Muslim detainees from your cell. What did it feel like to pray while listening to those prayers?

In your diary you write that every day in prison you forgave, blessed and prayed for your accusers… Was it difficult to forgive them?

I must admit that sometimes it was difficult. But once I made the decision to forgive, everything else followed. For me, it was not so difficult to forgive the person who accused me. I knew that he was a person who had suffered and was in great confusion and who knows what else….

While you were in prison you received thousands of letters of support, what affect did they have on you?

They helped me enormously. Many were obviously from Australia, but also from the United States and the rest of the world. Also from Italy, Germany, England, Ireland. They were a great help and encouragement to me. Sometimes families wrote to me. Often they were full of spirituality, sometimes of theology, sometimes of historical culture. They were really letters that dealt with a wide variety of topics and that helped me a lot.

Did you continue to believe in providence while in prison?

Yes, even if sometimes I did not understand what God’s providence was doing. But I always believed that God was behind everything that was happening to me.

What have these thirteen months taught you as a man of the Church?

The importance of perseverance. The importance of simple things, like faith, forgiveness, the redemption of suffering. Usually, when you live in prison you are forced to confront the fundamental issues of life, the simple and fundamental things. This also happened to me, and I must say that thanks be to God I survived.

Can the sex abuse scandal be an opportunity for the renewal of the Church?

It must be. We cannot continue in the same vein. It is a kind of spiritual and moral cancer. It seems to me that here in Australia we have worked seriously to eradicate it, but it is a duty for all priests and all bishops in the world to ensure that these scandals do not happen again. Too much suffering, too much pain. The phenomenon of abuse in the Church shows once again that we have often not followed the teachings of Jesus. If we had followed the commandments of the Decalogue, none of this would have happened. 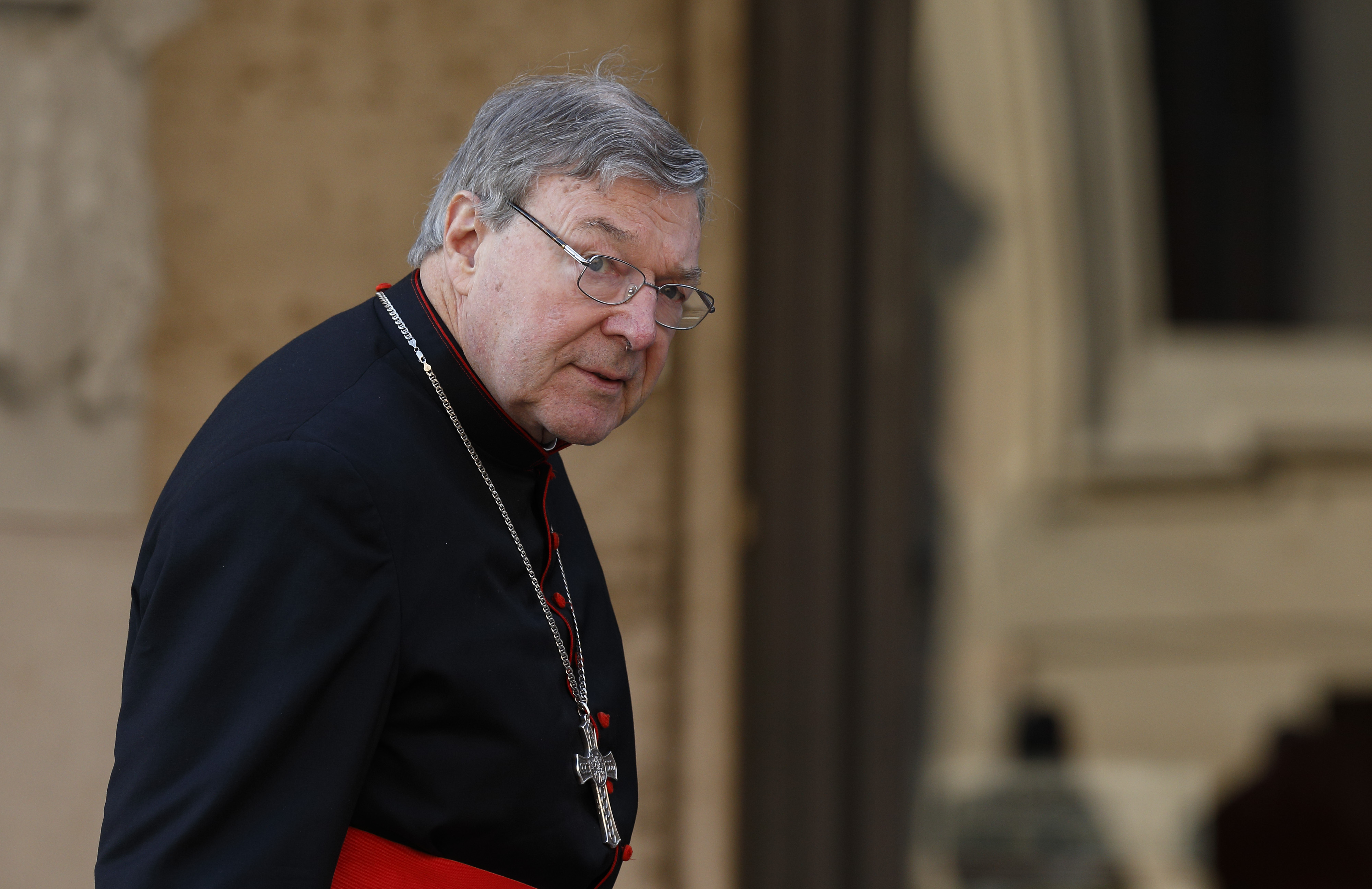