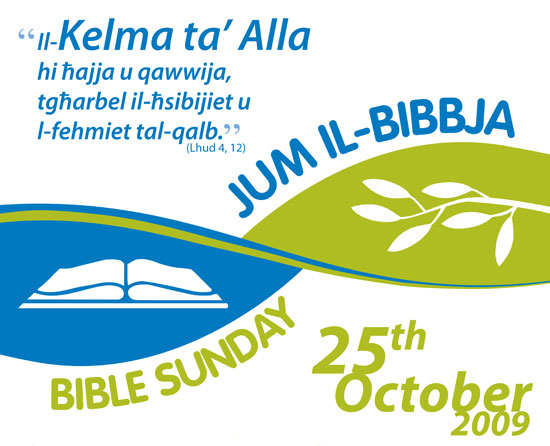 BIBLE SUNDAY will be celebrated in the Archdiocese of Malta and the Diocese of Gozo on Sunday, 25 October 2009.  The theme chosen for this year is “The Word of God is alive and active, it judges the desires and thoughts of the heart” taken from the Letter to the Hebrews.

In messages that the Malta Bible Society printed and distributed in homes, schools and parishes, it explained that this is an invitation to all Christians to let the Word of God in the Bible act in their lives.  We can only do this by regular and faithful reading of the Bible to benefit from the message it reveals to us.

For this occasion the Bible Society printed and distributed in schools 8,000 copies of a book  in colour for the primary school students attending years 5, 6 and 7.  It is a book that relates the true story of a 9 year old Welsh girl who lived in 1792 and who inspired the foundation of the Biblical Movement that is now present in 200 countries in the world.

It printed also true stories that children in Nicaragua are living.  It is estimated that 30 per cent of the 1.7 million child population in Nicaragua are child workers, beggars or involved in criminal activities.  Thanks to the work of the Bible Societies these children are being taken off the streets, attend school and are being protected.  With the Bible in their hands these children are finding again a good reason to live since they are encountering God in the Bible – they are rediscovering and living their dignity.

Another reality is that of the people who are being killed because they preach the Word of God and distribute the Bible.  Ri Hyon-ok is a 33 year  old Chinese woman who was killed on the 16 June of this year because she was distributing Scriptures.  Her husband and children were taken to a detention camp in a city close to the Chinese frontier.  These are the martyrs of our time.

In our country we do not live this reality – we can go on to say that we are spoilt.  Suffice it to say that in the world there are 6,000 languages of which 3,000 still do not have one word of the Bible translated in the language they speak.  There are also 6 billion people in the world and 3 billion of them have never seen a Bible.  Malta is a small country with its own language and with a translation of the Bible in Maltese for many decades.

The Malta Bible Society calls all Christians in Malta and Gozo to engage in evangelization as each Christian is called to do.  This can be done first and foremost in prayer offered for the work being done worldwide in the camp of the Bible world and also by helping the Bible Society financially so that more people that do not own a Bible may be able to have one.

On Saturday, 24 October 2009 between 6 and 7 pm, the Bible Society is organizing a celebration of the Word of God at St Andrew’s Scots Church, South Street, Valletta – all are welcome to join. 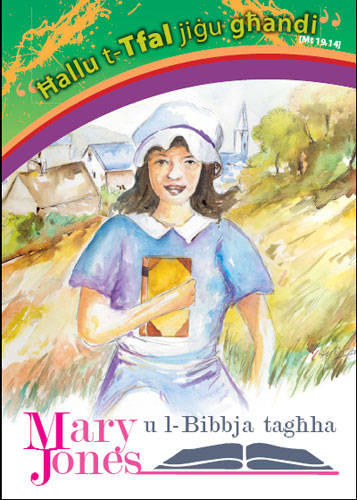