Archbishop Vincent Nichols, Catholic archbishop of Westminster, and the leader of the Anglican Communion, Archbishop Justin Welby of Canterbury, referred to the violence in Syria and said in a statement that “since the very first days of the Syrian conflict in March 2011, we have prayed as we watched in horror and sorrow the escalating violence that has rent this country apart. We have grieved with all Syrians – with the families of each and every human life lost and with all communities whose neighbourhoods and livelihoods have suffered from escalating and pervasive violence. And today, our prayers also go with the ancient communities of our Christian brothers and sisters in Syria. The kidnapping this week of two Metropolitan bishops of Aleppo, Mar Gregorios Ibrahim of the Syriac Orthodox Church and Paul Yazigi of the Greek Orthodox Church of Antioch, and the killing of their driver while they were carrying out a humanitarian mission, is another telling sign of the terrible circumstances that continue to engulf all Syrians. We unreservedly support these Christian communities, rooted in and attached to the biblical lands, despite the many hardships. We respond to the call from the Greek Orthodox Patriarchate of Antioch and all the East, and the Syriac Orthodox Patriarchate of Antioch and all the East, urging churches worldwide to remain steadfast in the face of challenging realities and to bear witness to their faith in the power of love in this world.

We both continue to pray for a political solution to this tragic conflict that would stem the terrible violence and also empower all Syrians with their fundamental and inalienable freedoms. We also call for urgent humanitarian aid to reach all who are suffering. We pray that Syria can recapture its tradition of tolerance, rooted in faith and respect for faiths living side by side.” 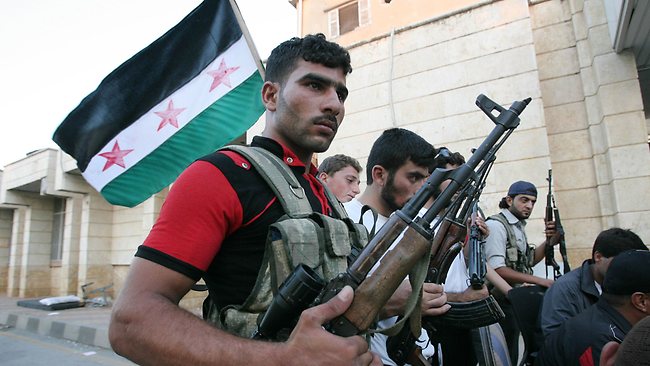