This New Year’s day ‘Festa ta’ Ġenerożità’ will be held very differently in order to safeguard the safety of its residents and workers but because of the COVID-19 pandemic is the most important one ever organised. In order to be in line with the directives issued by the Health authorities, the event will be broadcast from the We studios in Qormi. Only those answering the telephones and invited guests will be allowed in. As in the past, ‘Festa ta’ Ġenerożità’ will be aired on local TV stations between noon and midnight. At 9.30am, TVM2 will broadcast a live Mass from the Home’s chapel which will be celebrated by Archbishop Charles J. Scicluna.

Details were given on the 25th edition of the Feast of Generosity which is organised primarily to raise funds so that id-Dar tal-Providenza can continue to provide and improve on the services it offers. Mrs Nadine Camilleri Cassano, the Home’s administrator, and Mr Jesmond Saliba, Board member gave the details during a press conference held this morning (Tuesday, 1st December 2020).

From a financial aspect since March of this year all planned fund-raising activities were canceled including the Volleyball Marathon and various concerts. Special family occasions like anniversaries and birthdays used to be organised by way of lunches, dinners or receptions were guests were invited to donate money for Dar tal-Providenza instead of buying gifts. These obviously could not happen and the loss of income from such occasions meant a financial loss for the Home. However, a big thank you goes to all those that despite the pandemic situation still made such donations to the Home.

To continue improving the quality of life of its residents as well as the services it offers, Dar tal-Providenza invests every year in human resources, purchasing of new equipment, maintenance work as well as capital projects to continue introducing more homes in the community. Despite the financial limitations, the Home did not put a hold on certain projects and other initiatives.

Dar tal-Providenza had to bear unexpected expenses that amounted to around $90,000 because of contingency measures that had to be taken to safeguard the health and safety of its residents and workers. Notwithstanding the pandemic restrictions, every effort was made to see that the life of residents would be as positive as possible.

On January 1st, the public wishing to make a donation will be able to do so by using the telephone numbers that appear on the TV screens. Those who prefer to make a pledge will also be able to call on a special number and make their pledge for the amount they wish to. Later they can send in their donations online or by mail.

As from today until January 1st, one can make a donation by using the various facilities outlined hereunder. All donations between now and the new year will be included in the final tally at the end of the marathon.

One can also make a donation by cheque and send it to Id-Dar tal-Providenza, Lapsi Road, Siġġiewi  SGW2822.

Dar tal-Providenza offers residential services to 115 persons with disabilities in an environment that respects their rights and dignity. They live in three residencies in the Siġġiewi Home and in the community homes: ’Żerniq’  in Siġġiewi, ’Akkwarell’ in Qawra, ‘Dar Pirotta’ in Birkirkara and ‘Shalom’ in Żurrieq. 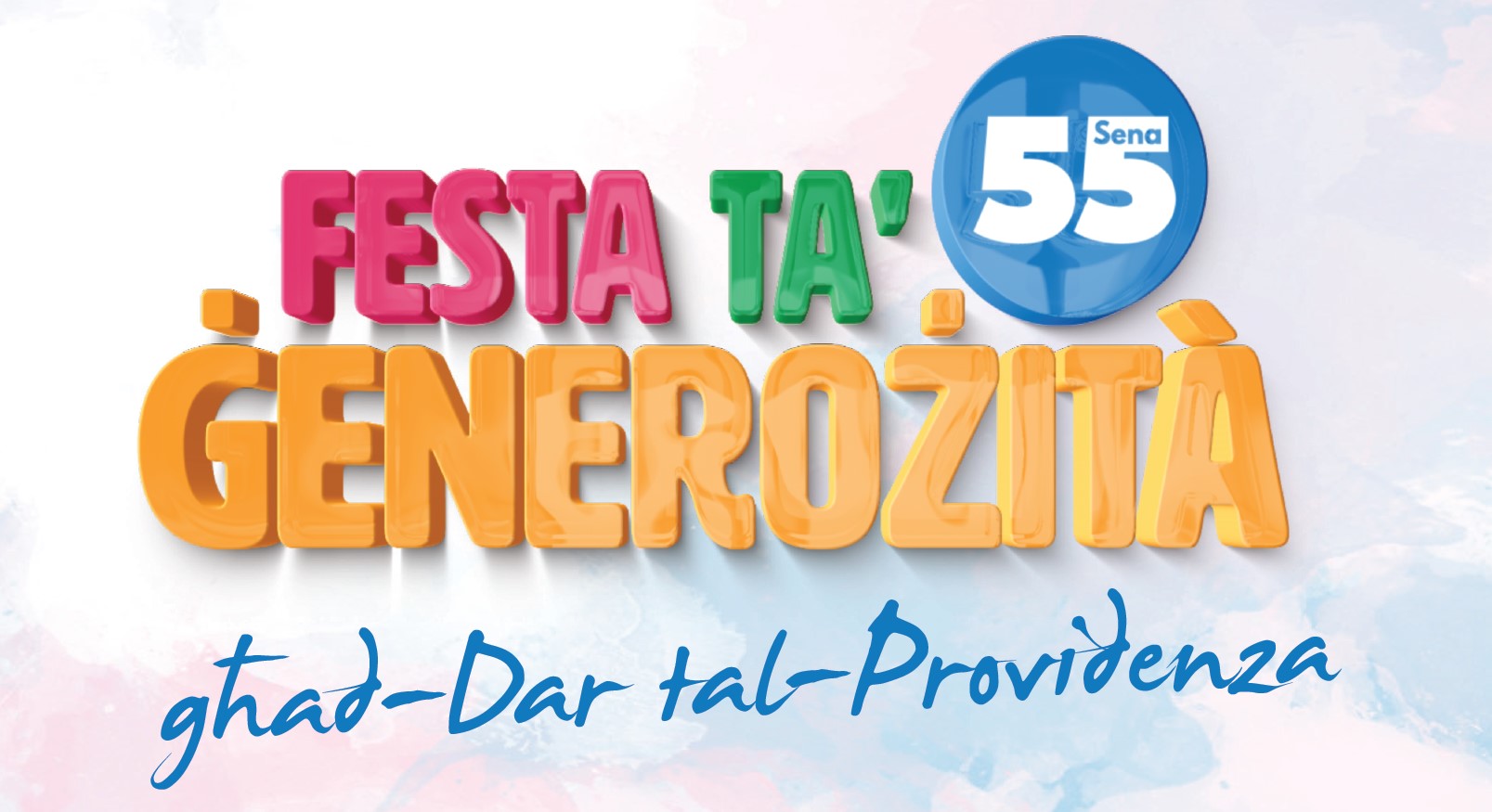