The book A Politics of Peace: The Congregation for Extraordinary Ecclesiastical Affairs during the pontificate of Benedict XV (1914-1922) is the result of years of research by the historian Rev. Dr Nicholas Joseph Doublet on this important structure of the Roman Curia during a pontificate that coincided with a delicate moment in world history.

The Congregation for Extraordinary Ecclesiastical Affairs can be considered the political ‘think tank’ of the Roman Curia as it was responsible for the Vatican’s bi-lateral relations with other states, as well as treating delicate ecclesiastical issues in the local churches. It was composed of the most influential cardinals of the Curia, the Pope’s closest counsellors.

This study presents the cardinal members of this Congregation in a new light as their debates reveal dynamic relationships that at times develop in unexpected ways. It also exposes new revelations on the relationship between Benedict XV, his Secretary of State, Pietro Gasparri, and the other cardinals.

A Politics of Peace will be launched on Friday 6th March at 6:30pm at the Archbishop’s Curia in Floriana. Guest Speakers are Rev. Dr John Berry, Dean of the Faculty of Theology, University of Malta; Dr Simon Mercieca, Senior Lecturer of the History Department, University of Malta; and Rev. prof. Roberto Regoli, Head of Department of Church History, Pontifical Gregorian University. The public is cordially invited to attend. Light refreshments will be served after the launch. The author will also be present. 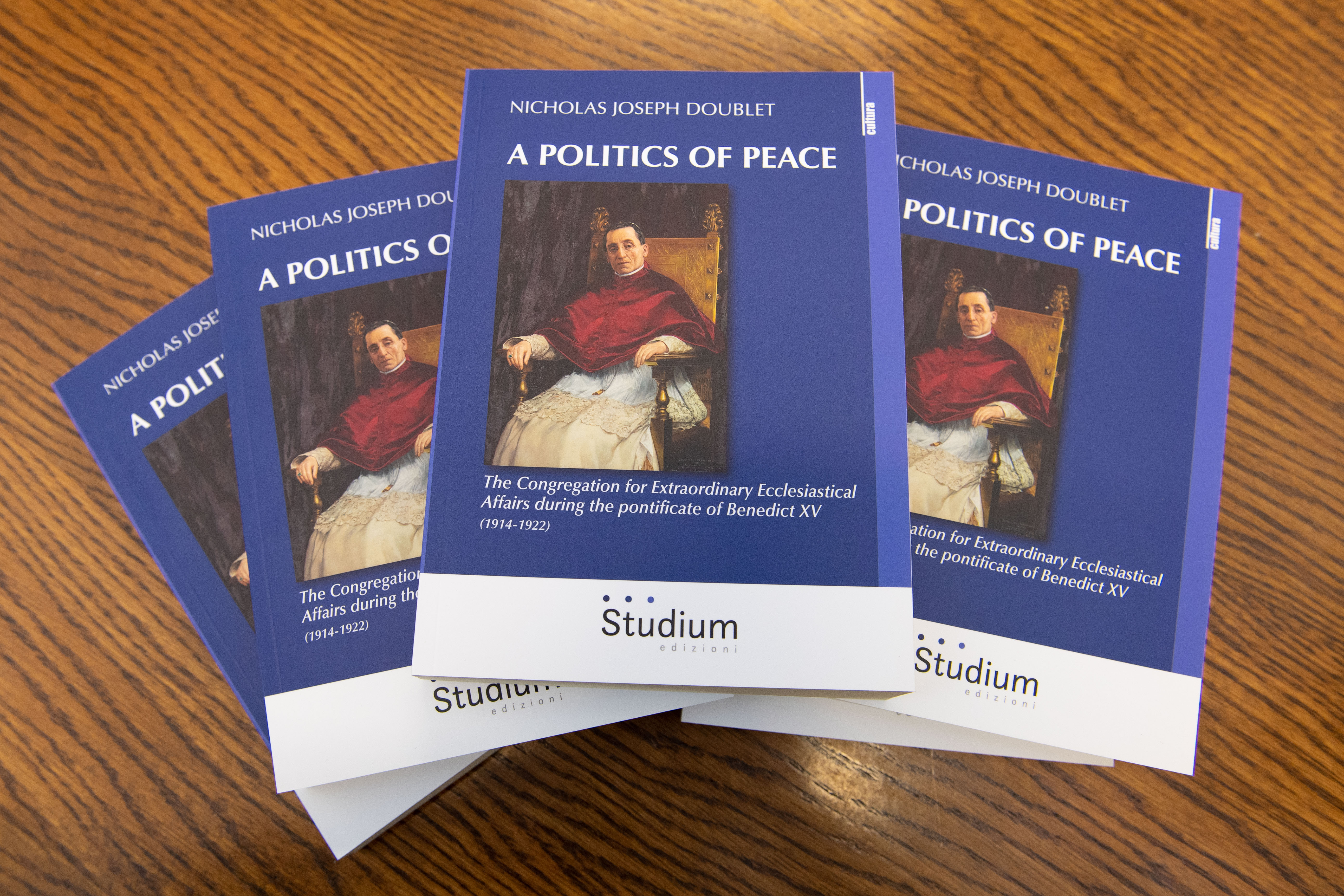