The Eighteenth Sunday in Ordinary Time
Readings of the day

When Jesus heard of the death of John the Baptist, he withdrew in a boat to a deserted place by himself. The crowds heard of this and followed him on foot from their towns. When he disembarked and saw the vast crowd, his heart was moved with pity for them, and he cured their sick.

When it was evening, the disciples approached him and said, “This is a deserted place and it is already late; dismiss the crowds so that they can go to the villages and buy food for themselves.”

Jesus said to them, “There is no need for them to go away; give them some food yourselves.” But they said to him, “Five loaves and two fish are all we have here.” Then he said, “Bring them here to me,” and he ordered the crowds to sit down on the grass.

Taking the five loaves and the two fish, and looking up to heaven, he said the blessing, broke the loaves, and gave them to the disciples, who in turn gave them to the crowds. They all ate and were satisfied, and they picked up the fragments left over –twelve wicker baskets full.Those who ate were about five thousand men, not counting women and children. 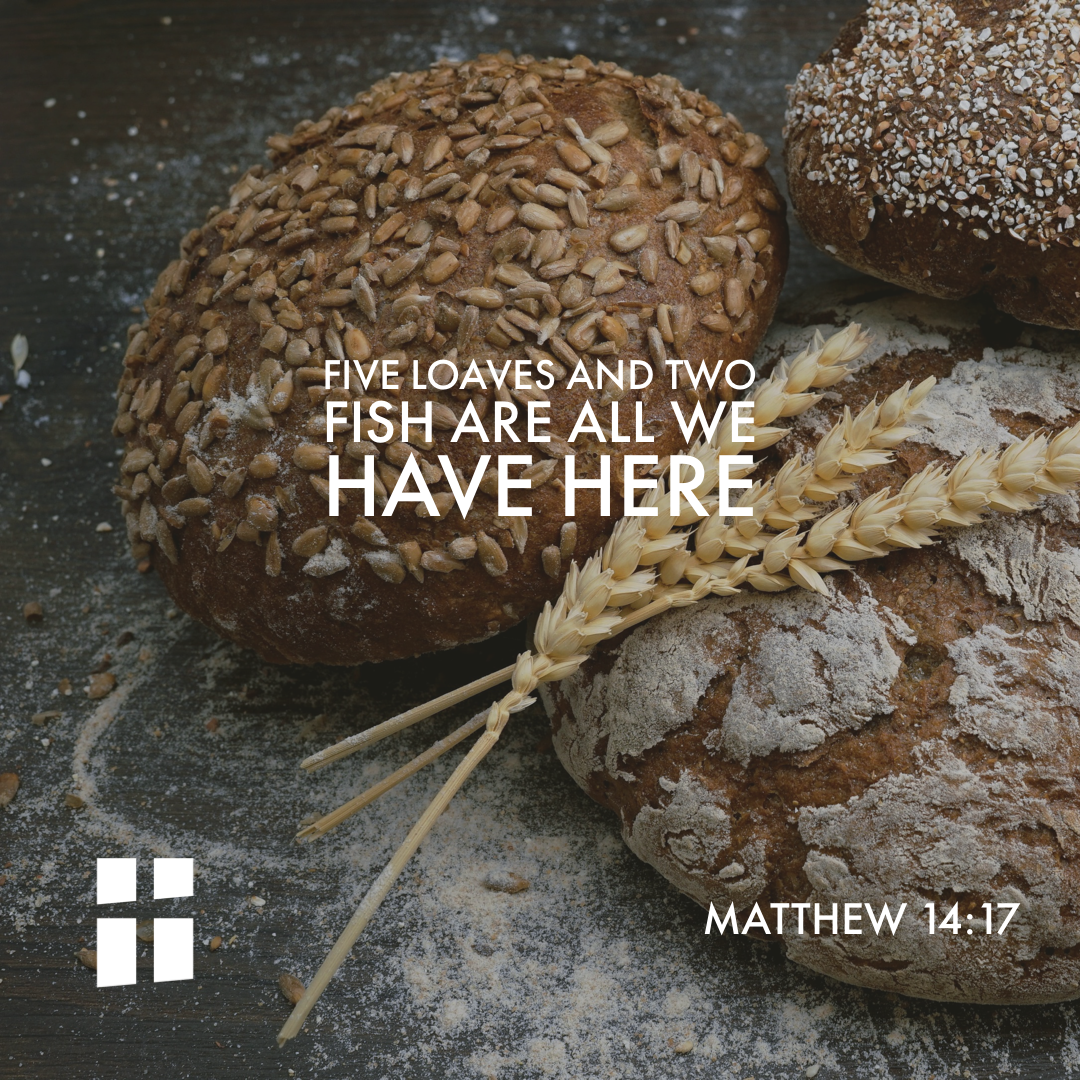