After the five thousand had eaten and were satisfied, Jesus made his disciples get into the boat and precede him to the other side toward Bethsaida, while he dismissed the crowd. And when he had taken leave of them, he went off to the mountain to pray.

When it was evening, the boat was far out on the sea and he was alone on shore. Then he saw that they were tossed about while rowing, for the wind was against them.

About the fourth watch of the night, he came toward them walking on the sea. He meant to pass by them. But when they saw him walking on the sea, they thought it was a ghost and cried out. They had all seen him and were terrified. But at once he spoke with them, “Take courage, it is I, do not be afraid!” He got into the boat with them and the wind died down.

They were completely astounded. They had not understood the incident of the loaves. On the contrary, their hearts were hardened. 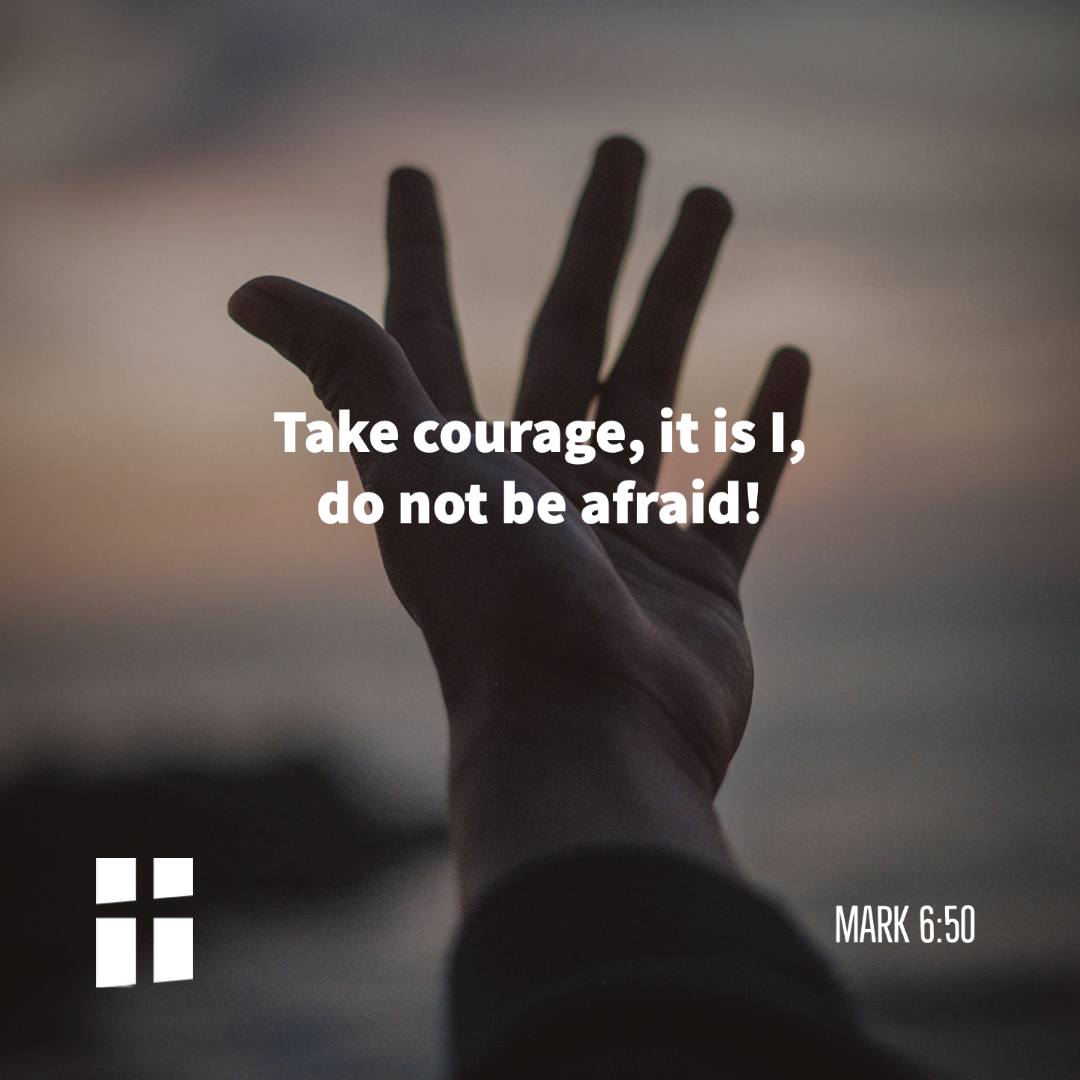