One day, while Jesus was teaching, Pharisees and teachers of the law were sitting nearby (they had come from every village of Galilee and Judea and from Jerusalem); and the power of the Lord was with him to heal. Just then some men came, carrying a paralyzed man on a bed. They were trying to bring him in and lay him before Jesus; but finding no way to bring him in because of the crowd, they went up on the roof and let him down with his bed through the tiles into the middle of the crowd in front of Jesus.

When he saw their faith, he said, “Friend, your sins are forgiven you.” Then the scribes and the Pharisees began to question, “Who is this who is speaking blasphemies? Who can forgive sins but God alone?” When Jesus perceived their questionings, he answered them, “Why do you raise such questions in your hearts? Which is easier, to say, “Your sins are forgiven you,’ or to say, “Stand up and walk’? But so that you may know that the Son of Man has authority on earth to forgive sins”—he said to the one who was paralyzed—”I say to you, stand up and take your bed and go to your home.” Immediately he stood up before them, took what he had been lying on, and went to his home, glorifying God.

Amazement seized all of them, and they glorified God and were filled with awe, saying, “We have seen strange things today.” 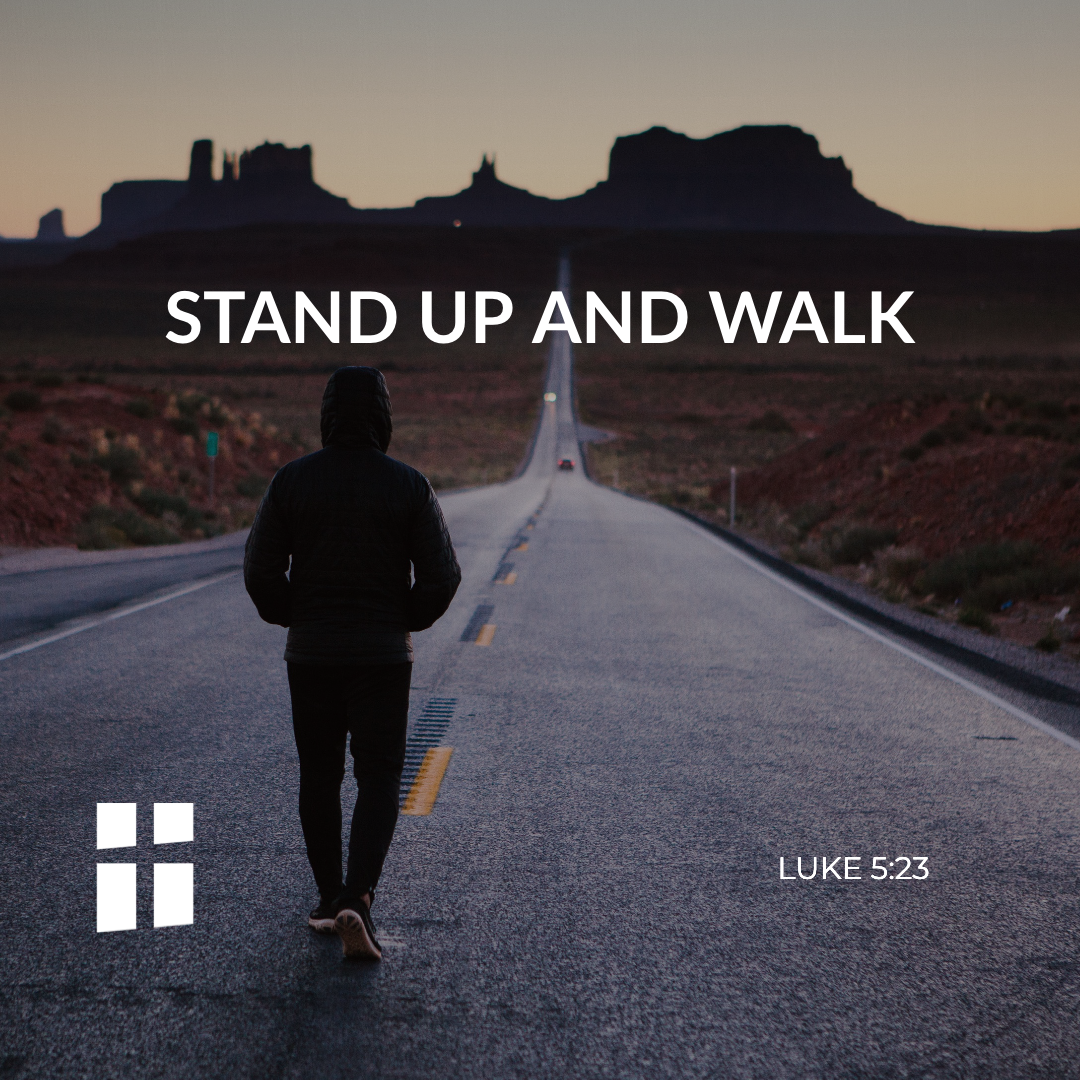