The Transfiguration of the Lord – Feast
Readings of the day

Jesus took Peter, James, and John his brother,  and led them up a high mountain by themselves. And he was transfigured before them; his face shone like the sun and his clothes became white as light. And behold, Moses and Elijah appeared to them, conversing with him.

Then Peter said to Jesus in reply, “Lord, it is good that we are here. If you wish, I will make three tents here, one for you, one for Moses, and one for Elijah.” While he was still speaking, behold, a bright cloud cast a shadow over them, then from the cloud came a voice that said, “This is my beloved Son, with whom I am well pleased; listen to him.”

When the disciples heard this, they fell prostrate and were very much afraid. But Jesus came and touched them, saying, “Rise, and do not be afraid.” And when the disciples raised their eyes, they saw no one else but Jesus alone. As they were coming down from the mountain, Jesus charged them, “Do not tell the vision to anyone until the Son of Man has been raised from the dead.” 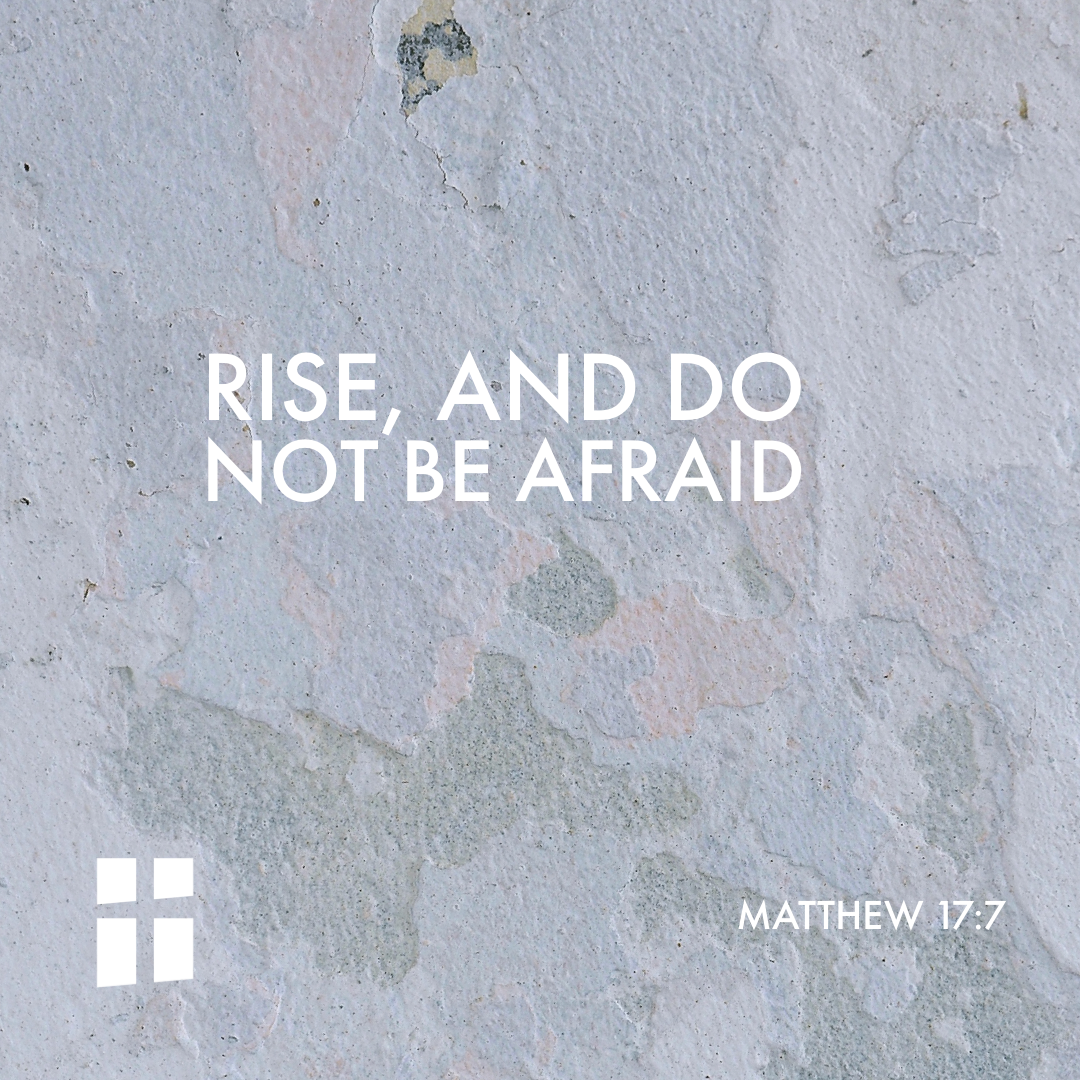