Tuesday of Easter Week
Readings of the day

Mary Magdalene stayed outside the tomb weeping. And as she wept, she bent over into the tomb and saw two angels in white sitting there, one at the head and one at the feet where the body of Jesus had been. And they said to her, “Woman, why are you weeping?” She said to them, “They have taken my Lord, and I don’t know where they laid him.”

When she had said this, she turned around and saw Jesus there, but did not know it was Jesus. Jesus said to her, “Woman, why are you weeping? Whom are you looking for?” She thought it was the gardener and said to him, “Sir, if you carried him away, tell me where you laid him, and I will take him.”

Jesus said to her, “Mary!” She turned and said to him in Hebrew, “Rabbouni,” which means Teacher. Jesus said to her, “Stop holding on to me, for I have not yet ascended to the Father. But go to my brothers and tell them, ‘I am going to my Father and your Father, to my God and your God.'” Mary of Magdala went and announced to the disciples, “I have seen the Lord,” and what he told her. 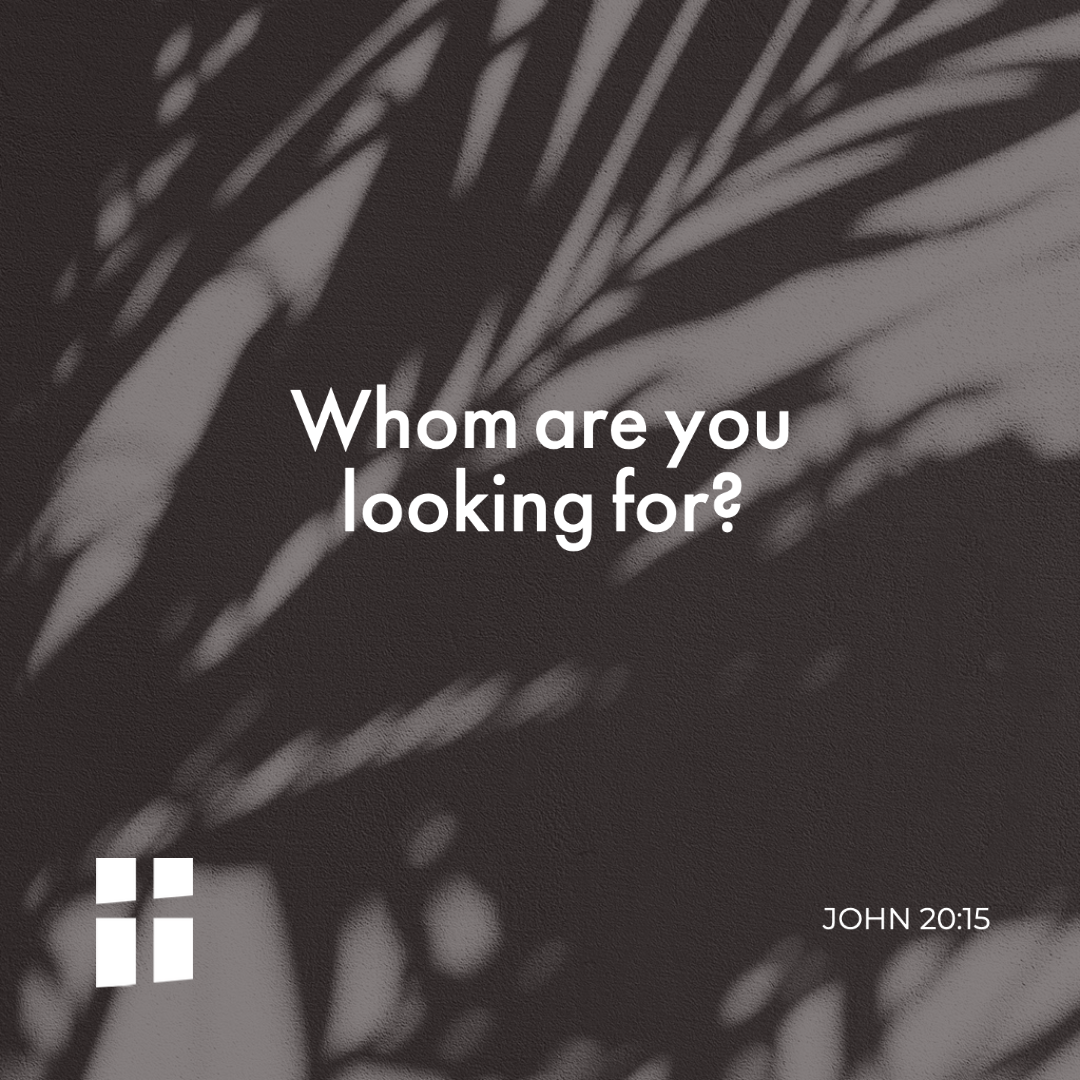