In those days, Jesus going out saw a great multitude: and he had compassion on them, because they were as sheep not having a shepherd, and he began to teach them many things.

And when the day was now far spent, his disciples came to him, saying: This is a desert place, and the hour is now past: Send them away, that going into the next villages and towns, they may buy themselves meat to eat. And he answering said to them: Give you them to eat. And they said to him: Let us go and buy bread for two hundred pence, and we will give them to eat. And he saith to them: How many loaves have you? go and see. And when they knew, they say: Five, and two fishes.

And he commanded them that they should make them all sit down by companies upon the green grass. And they sat down in ranks, by hundreds and by fifties. And when he had taken the five loaves, and the two fishes: looking up to heaven, he blessed, and broke the loaves, and gave to his disciples to set before them: and the two fishes he divided among them all.

And they all did eat, and had their fill. And they took up the leavings, twelve full baskets of fragments, and of the fishes. And they that did eat, were five thousand men. 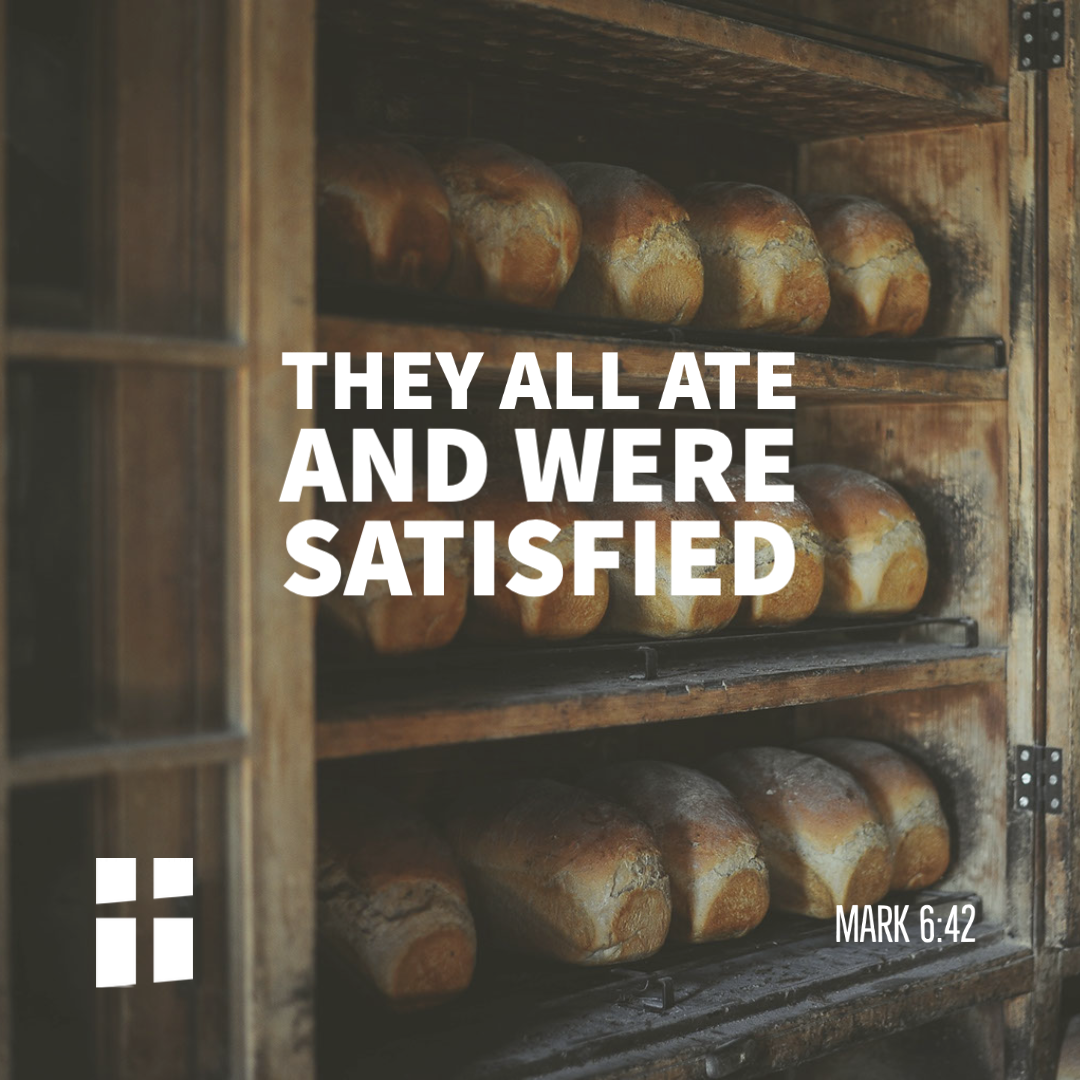