When evening came, he was there alone, but by this time the boat, battered by the waves, was far from the land, for the wind was against them. And early in the morning he came walking toward them on the sea. But when the disciples saw him walking on the sea, they were terrified, saying, “It is a ghost!” And they cried out in fear. But immediately Jesus spoke to them and said, “Take heart, it is I; do not be afraid.”

Peter answered him, “Lord, if it is you, command me to come to you on the water.” He said, “Come.” So Peter got out of the boat, started walking on the water, and came toward Jesus. But when he noticed the strong wind, he became frightened, and beginning to sink, he cried out, “Lord, save me!” Jesus immediately reached out his hand and caught him, saying to him, “You of little faith, why did you doubt?” When they got into the boat, the wind ceased. And those in the boat worshipped him, saying, “Truly you are the Son of God.”

When they had crossed over, they came to land at Gennesaret. After the people of that place recognised him, they sent word throughout the region and brought all who were sick to him, and begged him that they might touch even the fringe of his cloak; and all who touched it were healed. 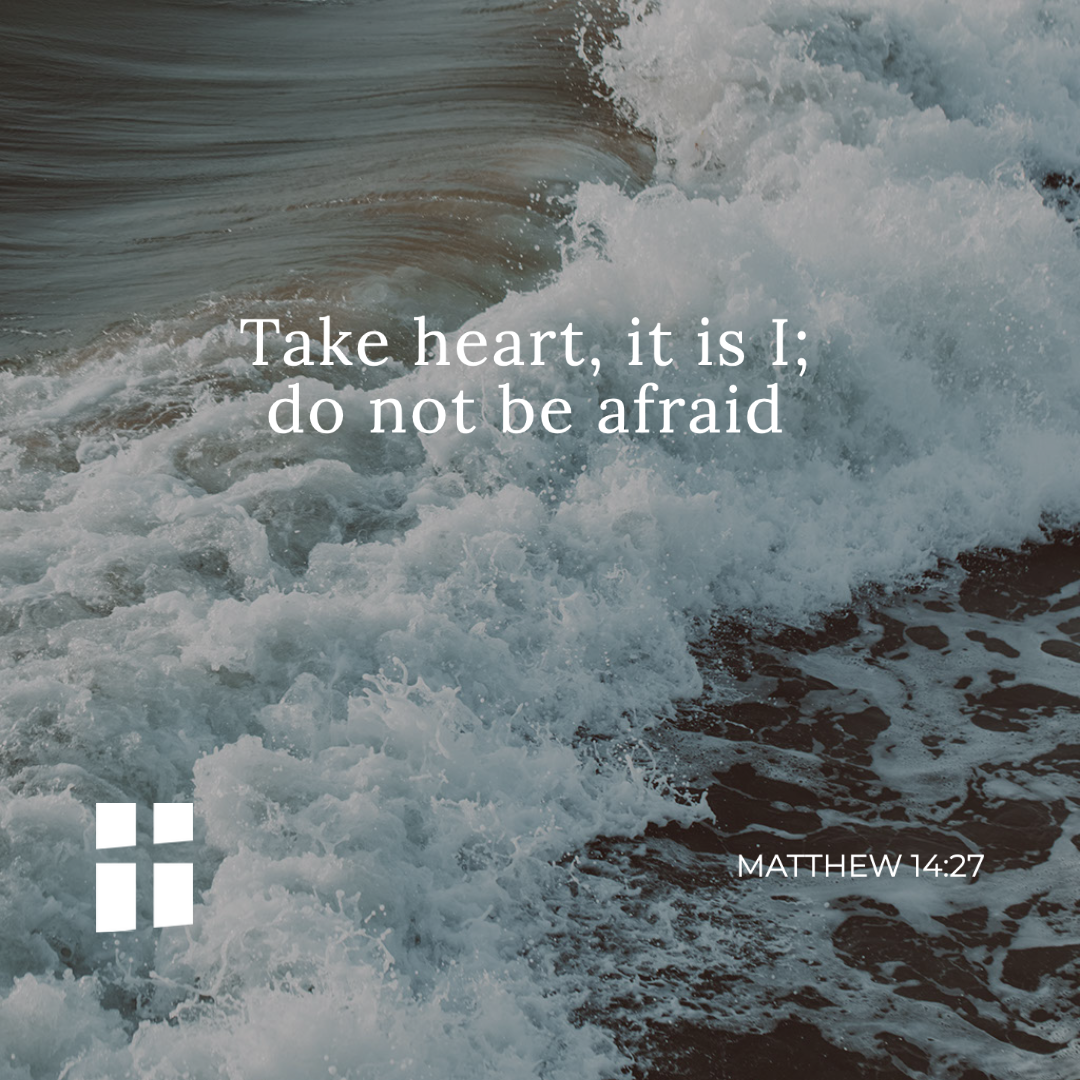