Birth of Saint John the Baptist – Solemnity
Readings of the day

Now the time came for Elizabeth to give birth, and she bore a son. Her neighbours and relatives heard that the Lord had shown his great mercy to her, and they rejoiced with her. On the eighth day they came to circumcise the child, and they were going to name him Zechariah after his father. But his mother said, “No; he is to be called John.” They said to her, “None of your relatives has this name.”

Then they began motioning to his father to find out what name he wanted to give him. He asked for a writing tablet and wrote, “His name is John.” And all of them were amazed. Immediately his mouth was opened and his tongue freed, and he began to speak, praising God.

Fear came over all their neighbours, and all these things were talked about throughout the entire hill country of Judea. All who heard them pondered them and said, “What then will this child become?” For, indeed, the hand of the Lord was with him. The child grew and became strong in spirit, and he was in the wilderness until the day he appeared publicly to Israel. 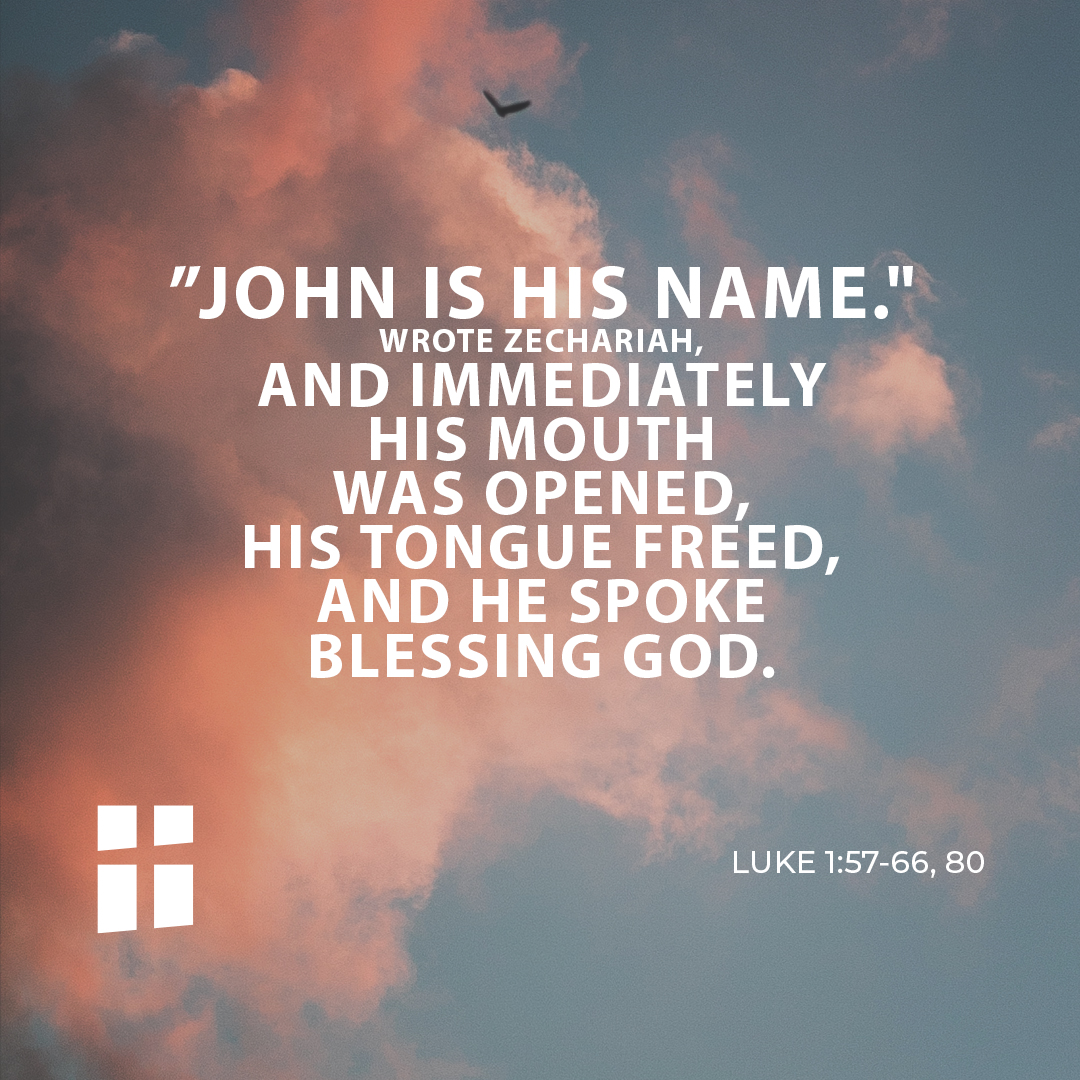