Jesus moved about within Galilee; but he did not wish to travel in Judea, because the Jews were trying to kill him. But the Jewish feast of Tabernacles was near. But when his brothers had gone up to the feast, he himself also went up, not openly but (as it were) in secret.
So some of the inhabitants of Jerusalem said, “Is he not the one they are trying to kill? And look, he is speaking openly and they say nothing to him. Could the authorities have realized that he is the Messiah? But we know where he is from. When the Messiah comes, no one will know where he is from.”

So Jesus cried out in the temple area as he was teaching and said, “You know me and also know where I am from. Yet I did not come on my own, but the one who sent me, whom you do not know, is true. I know him, because I am from him, and he sent me.”

So they tried to arrest him, but no one laid a hand upon him, because his hour had not yet come. 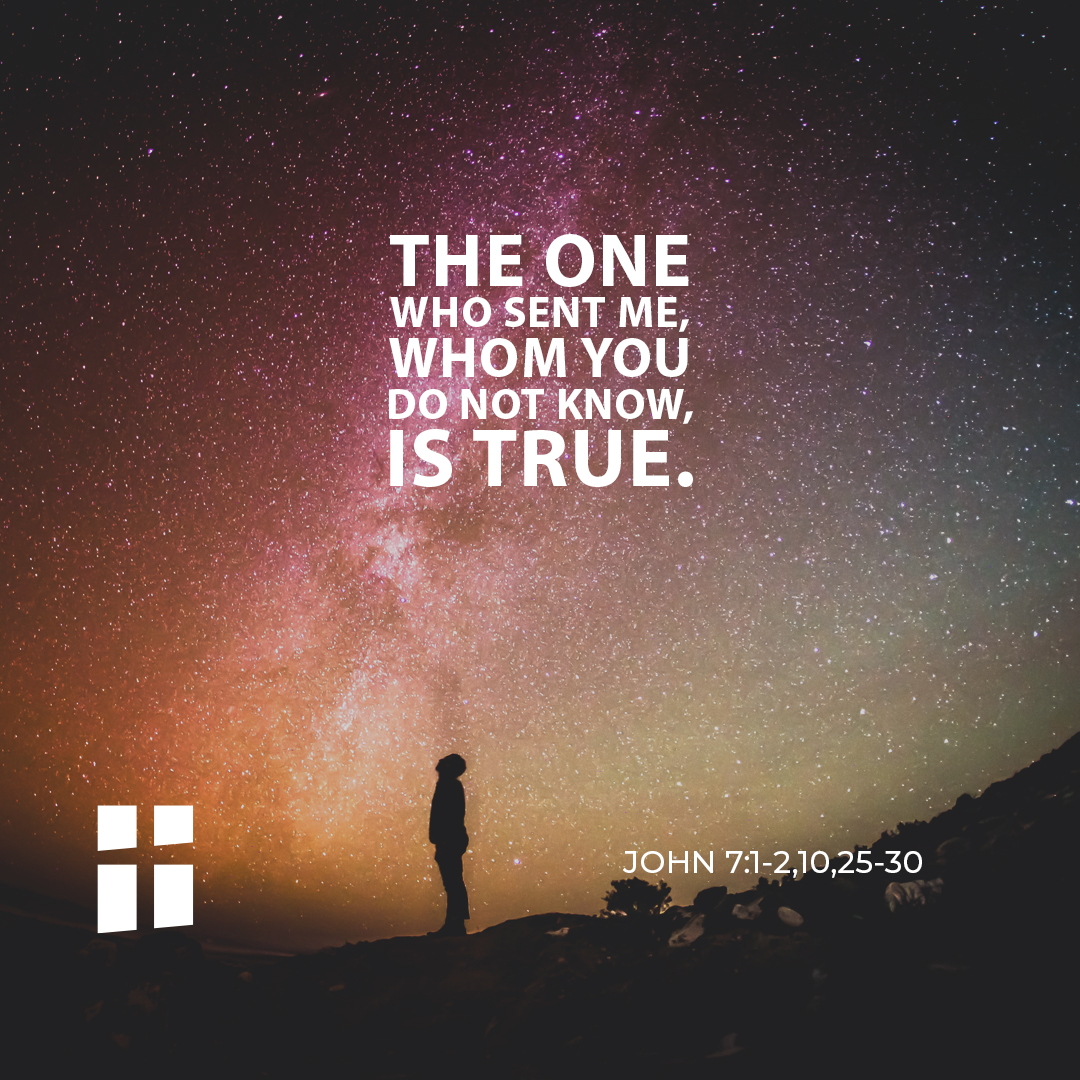