In those days, Jesus answered the Jews: “My Father is at work until now, so I am at work.” For this reason the Jews tried all the more to kill him, because he not only broke the sabbath but he also called God his own father, making himself equal to God.

Jesus answered and said to them, “Amen, amen, I say to you, a son cannot do anything on his own, but only what he sees his father doing; for what he does, his son will do also. For the Father loves his Son and shows him everything that he himself does, and he will show him greater works than these, so that you may be amazed. For just as the Father raises the dead and gives life, so also does the Son give life to whomever he wishes. Nor does the Father judge anyone, but he has given all judgement to his Son, so that all may honour the Son just as they honour the Father. Whoever does not honour the Son does not honour the Father who sent him.

Amen, amen, I say to you, whoever hears my word and believes in the one who sent me has eternal life and will not come to condemnation, but has passed from death to life. Amen, amen, I say to you, the hour is coming and is now here when the dead will hear the voice of the Son of God, and those who hear will live. For just as the Father has life in himself, so also he gave to his Son the possession of life in himself. And he gave him power to exercise judgement, because he is the Son of Man.

Do not be amazed at this, because the hour is coming in which all who are in the tombs will hear his voice and will come out, those who have done good deeds to the resurrection of life, but those who have done wicked deeds to the resurrection of condemnation. I cannot do anything on my own; I judge as I hear, and my judgement is just, because I do not seek my own will but the will of the one who sent me.” 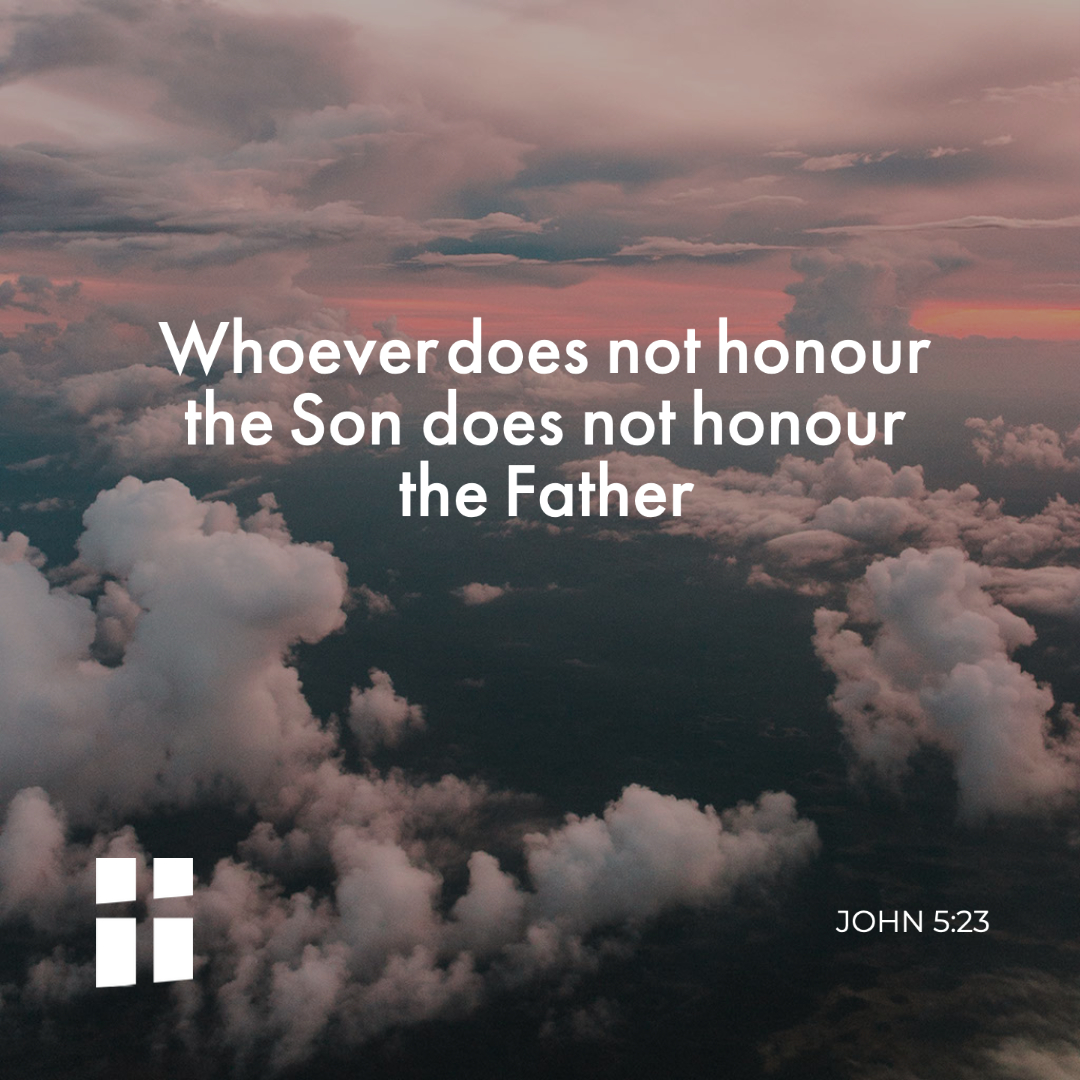