In those days when there again was a great crowd without anything to eat, Jesus summoned the disciples and said, My heart is moved with pity for the crowd, because they have been with me now for three days and have nothing to eat. If I send them away hungry to their homes, they will collapse on the way, and some of them have come a great distance.”

His disciples answered him, “Where can anyone get enough bread to satisfy them here in this deserted place?” Still he asked them, “How many loaves do you have?” “Seven,” they replied.
He ordered the crowd to sit down on the ground. Then, taking the seven loaves he gave thanks, broke them, and gave them to his disciples to distribute, and they distributed them to the crowd.

They also had a few fish. He said the blessing over them and ordered them distributed also. They ate and were satisfied. They picked up the fragments left over–seven baskets. There were about four thousand people. He dismissed them and got into the boat with his disciples and came to the region of Dalmanutha. 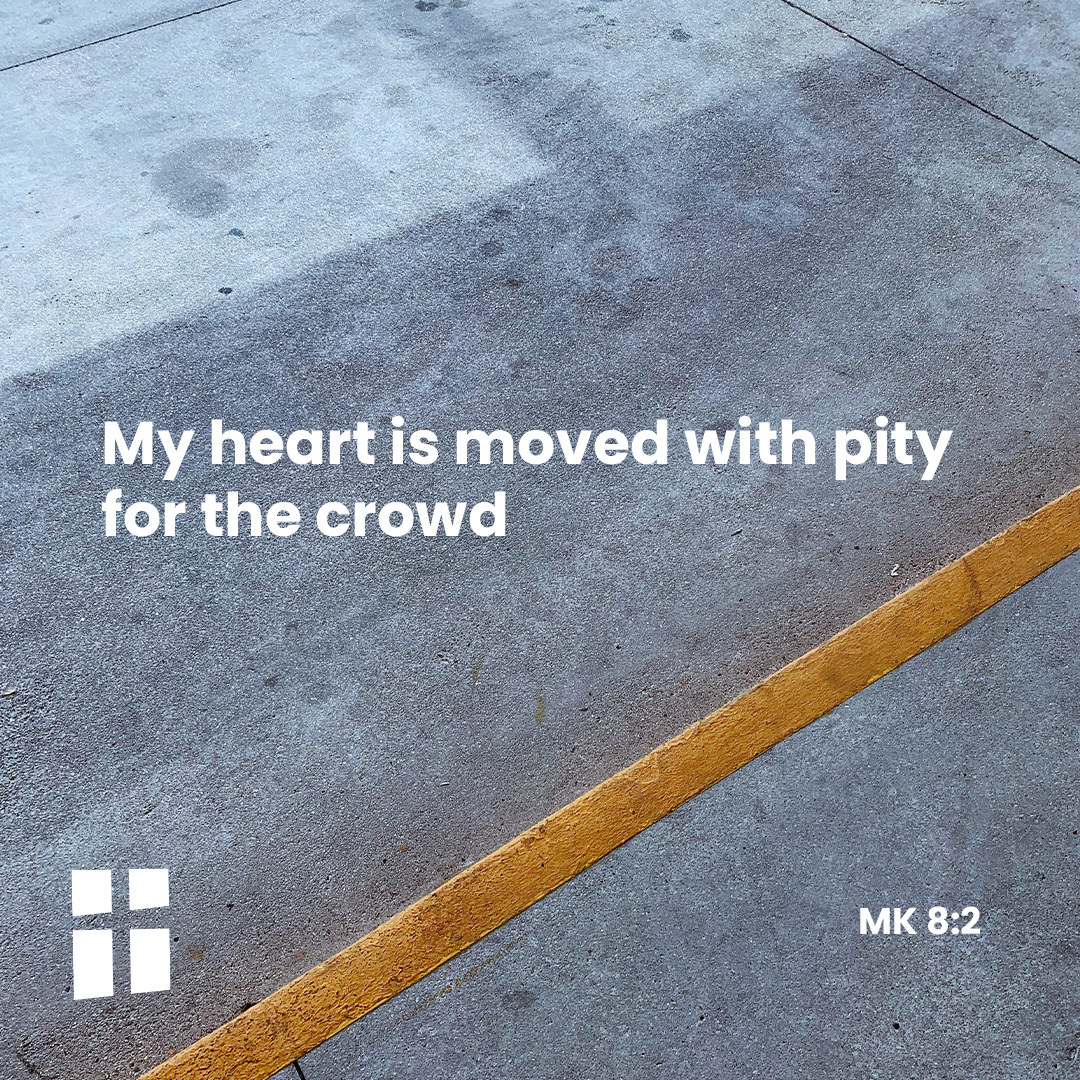