Monsignor Paul Cremona O.P., S.Th.D., was born in Valletta on the 25th January 1946 to Joseph and Josephine nee’ Cauchi. He completed his primary education at the Montessori school in Valletta, and then pursued the secondary level at the Lyceum in Hamrun. In September 1962, he joined the Dominican Order, and professed on the 29th September 1963. He studied philosophy and theology at the College of St Thomas Aquinas at the Dominican priory at Rabat, and was ordained priest on the 22 March 1969. After his priestly ordination, Mgr Cremona was sent to follow higher studies in Moral Theology at the Pontifical University of St Thomas Aquinas in Rome (Angelicum) where, in 1973, he graduated Doctor in Theology presenting the thesis The Concept of Peace in Pope John XXIII. Between the years 1974 and 1980, he was prior at the priory of Our Lady of the Grotto at Rabat. He was re-elected to the same office in 1997 and again served two terms up to 2003. In 1981, he was chosen Provincial of the Maltese Dominican Province,an office he held for two four-year terms. On termination of office, he was entrusted with the parish of Our Lady of the Rosary of Fatima in Gwardamanga as its Parish Priest. Between the years 1993 and 1997, he was responsible for the formation of the Dominican novices and students at Rabat; an office he again held for a short period of one year between 2004 and 2005. In 2005, Mgr Cremona was chosen as Parish Priest of the parish of Jesus of Nazareth in Sliema. His nomination was made public on the 2nd December 2006 and he was ordained Bishop on the 26th January 2007.

During his priestly life, Archbishop Cremona also served the Archdiocese as the Archbishop’s Delegate for Consecrated Life, Assistant Spiritual Director at the Seminary at Tal-Virtu’, and as a member of the Presbyterial Council. He was also President of the Council of Maltese Religious Major Superiors (KSMR). He is the author of a good number of books dealing with theology and spirituality, including his thesis, “The Concept of Peace in Pope John XXIII’’, “The Church, Icon of the Holy Trinity’’, and writings on the Creed and the Commandments as well as four books he wrote jointly with Fr George Frendo, OP, now Auxilliary Bishop in Albania. The Coat of arms of Mgr Paul Cremona O.P. represents the surnames of his parents, red for Cremona and blue for Cauchi; the Dominican Order, a black cape on a white habit; and a white palium with black crosses, which is the traditional symbol of the grade and authority given to new archbishops by the Pope on June 29, the feast of St Peter and St Paul. The coat of arms also includes a green ecclesiastical hat and 10 tassels on each side, a symbol of the Archbishop’s authority. At the back is the eight-pointed Maltese Cross, which indicates the nationality of the Archbishop, and the Patriarchal Cross.

At the bottom of the coat of arms is the Archbishop’s motto: “Prepare the path for Our Lord”. 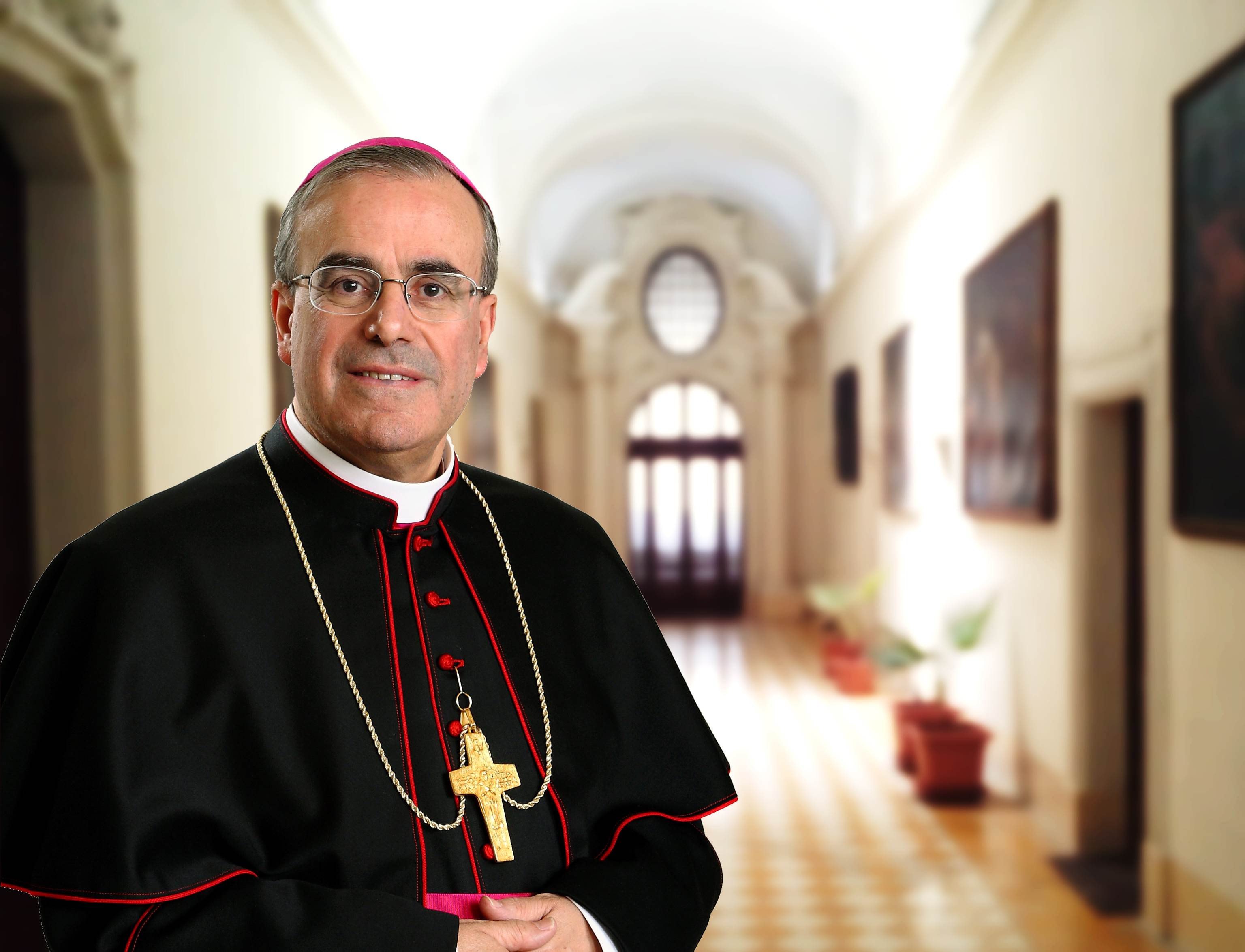