On December 8, Pope Francis issued a beautiful letter on St Joseph on the 150th anniversary of the declaration by Blessed Pope Pius IX of St Joseph as the patron of the Universal Church. Pope Francis chose to reflect on the fatherhood of St Joseph. It is, according to one Polish author, a fatherhood in the shadows but it is a special mission entrusted by the Lord to this carpenter of Nazareth.

Mary conceived through the power of the Holy Spirit. The mission she received to become the mother of our Lord had its own complications. She was betrothed to Joseph and, being of child not from her promised husband, was in danger of losing her life and that of her child.

Joseph, a just man, decides not to denounce Mary and not to expose her to the danger of being stoned to death. The angel of the Lord brings a message to Joseph in a dream and invites him not to be afraid to accept Mary and her child. Joseph wakes up and does what the Lord asks him to do.

Pope Francis offers us some extraordinary reflections on the humility, obedience, tenderness of this adoptive legal father of Jesus. At one point, the pope commends the creative courage of this carpenter from Nazareth: “If the first stage of all true interior healing is to accept our personal history and embrace even the things in life that we did not choose, we must now add another important element: creative courage. This emerges especially in the way we deal with difficulties. At times, difficulties bring out resources we did not even think we had. As we read the infancy narratives, we may often wonder why God did not act in a more direct and clear way. Yet, God acts through events and people. Joseph was the man chosen by God to guide the beginnings of the history of redemption” (No. 5).

Pope Francis commends also the tenderness of the fatherhood of Joseph: “…he taught him to walk, taking him by the hand; he was for him like a father who raises an infant to his cheeks, bending down to him and feeding him (cf. Hos 11:3-4). In Joseph, Jesus saw the tender love of God”.

Pope Francis, reflecting on the tenderness of the fatherhood of Joseph, embraces also tenderness in our life. “The history of salvation,” he says, “is worked out ‘in hope against hope’ (Rom 4:18), through our weaknesses. All too often, we think that God works only through our better parts, yet, most of his plans are realised in and despite our frailty… we must learn to look upon our weaknesses with tender mercy… Pointing fingers and judging others are frequently signs of an inability to accept our own weaknesses. Only tender love will save us from the snares of the devil, the accuser (cf. Rev 12:10).

“That is why it is so important to encounter God’s mercy, especially in the Sacrament of Reconciliation… Even through Joseph’s fears, God’s will, his history and his plan were at work. Joseph, then, teaches us that faith in God includes believing that he can work even through our fears, our frailties and our weaknesses… At times, we want to be in complete control but God always sees the bigger picture” (No. 2).

These are words that sound so wise and so full of hope, especially as we move to the end of 2020 and look forward to 2021. The pandemic has opened our eyes to how frail we are, as individuals, as societies, as nations, as the large family of humanity. At times, we wanted and we want to be in control but we are not in control. The Lord teaches us, through Joseph also, that, amid the tempests of life, we must never be afraid to let the Lord steer our course.

Another aspect that the pope appreciates in the fatherhood of Joseph is his freedom in being a father. “Joseph is traditionally called a ‘most chaste’ father”. The pope says that the “title is not simply a sign of affection but the summation of an attitude that is the opposite of possessiveness… He never made himself the centre of things. He did not think of himself but focused instead on the lives of Mary and Jesus.

“Joseph found happiness not in mere self-sacrifice but in self-gift. In him, we never see frustration but only trust. His patient silence was the prelude to concrete expressions of trust. Our world today needs fathers. It has no use for tyrants who would domineer others as a means of compensating for their own needs. It rejects those who confuse authority with authoritarianism, service with servility, discussion with oppression, charity with a welfare mentality, power with destruction” (No. 7).

In a society where fatherhood is conspicuous by its absence, we need to listen to the beautiful words of Pope Francis and appreciate more this father in the shadows, Joseph of Nazareth, the humble carpenter who, being a just man, decided to save his spouse and her child and became true to the mission the Lord had chosen for him, the custodian of the mystery of the redemption.

As we celebrate our families today, on the Sunday dedicated to the Holy Family, we pray that we may appreciate the true, chaste, free, creative, obedient fatherhood of Joseph. Let us appreciate the fact that tenderness is not a weakness but true strength, that freedom in our relationship is the true sign of love and that protecting life is a mission that we receive not only for our benefit but also for the benefit of future generations.

Joseph is a model that we need to rediscover in this year dedicated to his intercession. May 2021 bring us not only hope and health but also the gift of true fatherhood. 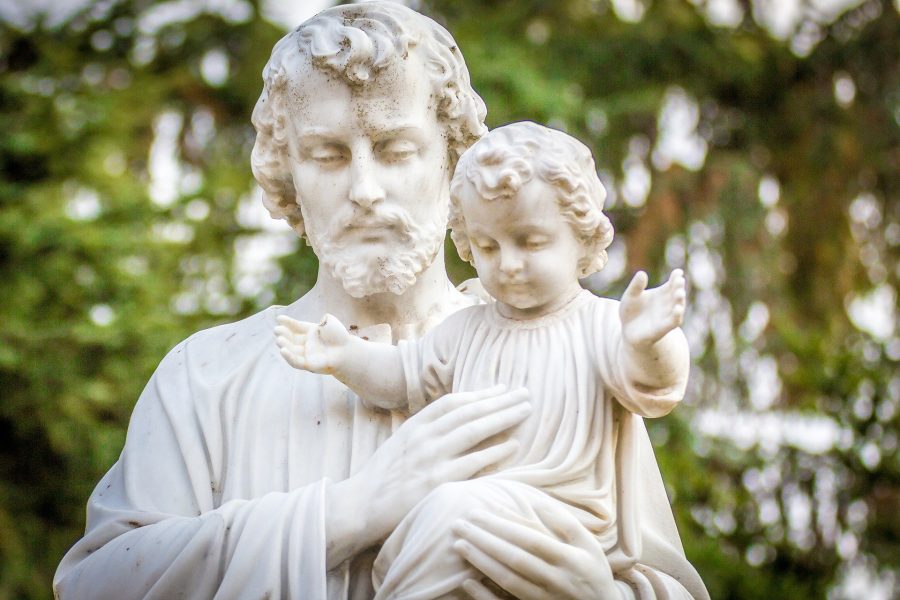