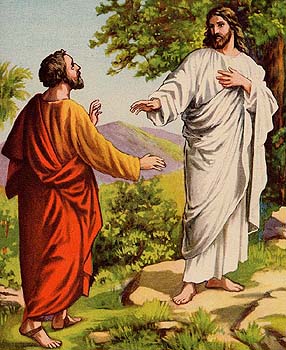 Now it happened that he was praying alone, and his disciples came to him and he put this question to them, ‘Who do the crowds say I am?’ And they answered, ‘Some say John the Baptist; others Elijah; others again one of the ancient prophets come back to life.’ ‘But you,’ he said to them, ‘who do you say I am?’ It was Peter who spoke up. ‘The Christ of God,’ he said. But he gave them strict orders and charged them not to say this to anyone. He said, ‘The Son of man is destined to suffer grievously, to be rejected by the elders and chief priests and scribes and to be put to death, and to be raised up on the third day.’

The Saint of the day: St Wenceslaus and St Laurence & companions